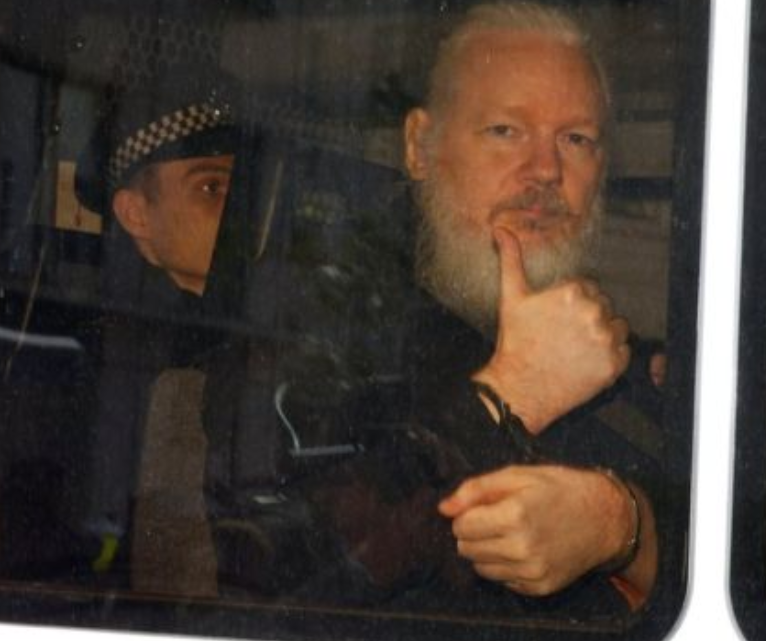 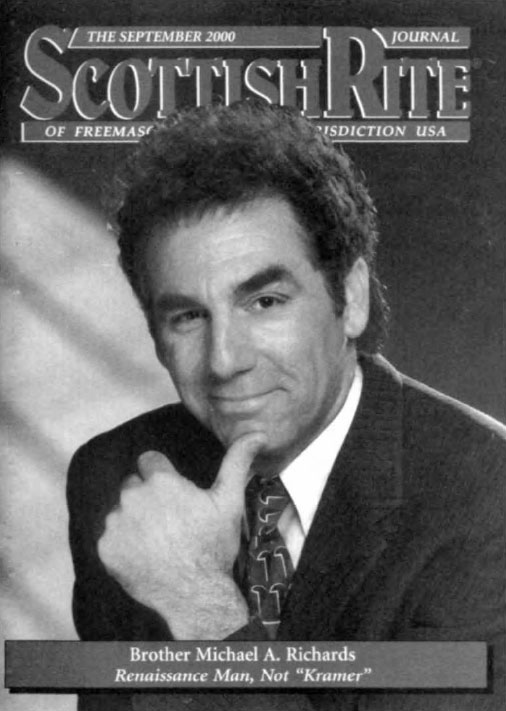 by Brabantian
(henrymakow.com)
This past week, Britain got the perfect media distraction from its massive betrayal of Brexit voters - the 'arrest' of Julian Assange in the London Ecuador Embassy, a month after Ecuador received $4.2 billion in funding from the USA-dominated IMF.  Ecuador is also lined up for a new USA trade 'deal'.
We all tend to be too eager for a 'hero' against the establishment, so we don't recognize that sometimes, a fake 'hero' is supplied by the CIA's own favoured media outlets.

(Thought only Popes do this sign)
And indeed, there is evidence that anti-9-11-truth Assange, is a Mossad - CIA fraud, with a long history tied to the world's wealthiest family, the Israel-devoted Rothschilds. We need to see what every major government knows, there is nothing real about either Julian Assange or Edward Snowden.
A helpful history is compiled in, 'Wikileaks is a Rothschild operation: Rothschilds use Wikileaks to wound rival bank, Julian Assange's bail posted by Rothschild sister-in-law'

The 'Assange living in the Ecuador embassy for 7 years' story, is apparently a fairy tale, an easy hoax to pull off, with Assange only there for photos and meetings. The IMF - USA cash & trade deal for Ecuador, not only rewards the staging the 'arrest' of Assange, but also the cover-up of the fact he was never really living there.
Assange was easily moved in & out to Rothschild friends' homes, using wig, fake glasses & moustache, workman's uniforms etc; London police on 24 / 7 watch, helping under national security orders; Ecuador embassy staff perhaps bribed, and facing career destruction or worse, plus no media support, if they say anything.
To fill out the details, one can start by noting the very friendly, mutual-praise relationship between Julian Assange and Israeli Prime Minister Bibi Netanyahu, documented on Veterans Today.

And on Israel's major news website Haaretz
http://www.haaretz.com/news/diplomacy-defense/wikileaks-founder-net...
Haaretz even reports Turkish leading figures close to Erdogan talking about the evidence of Wikileaks as an Israeli-supported operation, the Turks saying: "Israel is very pleased. Israel has been making statements for days, even before the release of these [Wikileaks] documents. Documents were released and they immediately said, Israel will not suffer from this. How did they know that?"
Veterans Today reports they learned of Israeli media quoting Bibi Netanyahu saying, "Assange is talking to us and nothing will be released that will hurt us", VT adding: "Wikileaks is a unit of Israeli intelligence ... as early as 2011, Julian Assange admitted that all Wikileaks material was submitted to Israel before publishing, with some of that editing and reviewing done at New York Times offices by staff from the Israeli consulate in New York. We have on the spot confirmation of this. "

Assange's childhood in Australia was enmeshed with a CIA-tied mind-control cult abusing children, called 'The Family'
http://aanirfan.blogspot.com/2019/04/assange-false-flag.html
THE BAER BANK EPISODE
One of Julian Assange's early 'Wikileaks' campaigns, was to greatly damage the 1800s-vintage Swiss Bank Julius Baer (Julius Bär), the great rival to the Rothschild Bank in Switzerland. 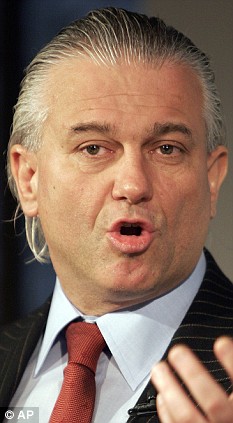 At age 52, wealthy Julius Baer CEO Alex Widmer was found 'mysteriously dead', allegedly 'suicide'. Assange provided 'leaks' about Julius Baer and its clients, Assange claiming to be concerned about 'tax evasion', striking fear into the bank's customers, and eventually sinking the bank's share value 60%.
Julius Baer went to court in the USA where Wikileaks was hosted, to stop Wikileaks revealing client data ... the Fox Rothschild law firm represented Wikileaks, won, and got Wikileaks back dishing dirt on the Rothschild bank rival, permanently damaging it.
Another Julian Assange lawyer has been Mark Stephens of Finers Stephens Innocent, legal advisors to Rothschild Waddesdon Trust.
A person who has posted bail for Assange, is UK socialite Jemima Khan née Goldsmith (Goldschmidt), a sister in law of the Rothschilds, her brother Ben wed Kate Rothschild, her father James Goldsmith a Rothschild cousin.
The Rothschild-backed and supervised 'The Economist' touted Julian as a great 'hero' for his Swiss bank leaking that helped the Rothschild bank trounce its competitor.
The UK Guardian news site, major early promoter of Assange, has had 'Scott Trust' board supervision from Paul Myners of Rothschild Ltd & Sons, and Anthony Salz of Investment Bank Rothschild.
Assange has stayed at the country mansion of Vaughan Smith, owner of media organisation Frontline Trust, where Assange has been a speaker, 'Frontline' funded by George Soros ... Soros is a partner of Rothschild cousin Goldsmith, and Richard Katz of Rothschild & Sons has been director of the Soros Open Society Institute, with other Rothschild bank employees also on Soros boards. 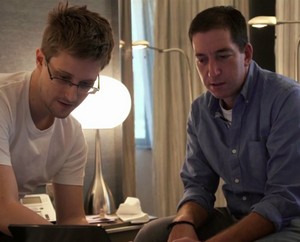 The pumper of Edward Snowden, Glen Greenwald has been a Rothschild family employee too, brought in after they realised it was too ridiculous to sell Snowden via the Washington Post reporter Snowden first 'leaked' to, Bart Gellman, who is the biographer & friend of USA Vice President & warmonger Dick Cheney ... Now, Greenwald is funded by CIA-Ukraine meddling billionaire Pierre Omidyar.
Notice that despite 'USA federal criminal indictment' etc, there is no seizure of Wikileaks funds etc. or deplatforming of its touts - Wikileaks successfully shilling for donations even now ... whilst many other people, have been de-platformed, banned, blocked from fundraising etc, for mere slightly dissident opinion, without even an accusation of crime.
At age 82, US longtime CIA adviser Zbigniew Brzezinski admitted on 29 November 2010 on USA television, the PBS News Hour, that Wikileaks were clearly intel-agency seeded and selected.
https://www.youtube.com/watch?v=jAca9RdGl98
Aside from Wikileaks material on countries targeted by the US-Nato or Israel - such as the 'Arab Spring' incitement material - 'Wikileaks' regarding the USA were 'nothing dramatically new' (US foreign torture etc); 'control file' material (Hillary-bashing, to hold over her head in case she won); and overall designed to 'rat trap' - lure, identify & destroy - real dissidents lured into contacting Wikileaks. 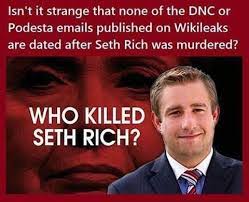 At least two people who contacted Assange have turned up dead - Seth Rich & Peter W Smith. Assange pretends to be 'concerned' about the former; he denies receiving the latter's files. Others are jailed.
Tho they claim to fear extradition, Assange and Snowden, like good CIA assets, refuse to use the devastating files on USA Virginia federal judge bribery which have stopped other extraditions, even though those judges are the exact ones who would allegedly put Assange & Snowden on trial. It is all been a fraud with these 'fake heroes', and the Satanists are having a good laugh over it.
WHY THE ARREST NOW?
Why was Assange 'arrested' now? The 'seven years living in a tiny room in the London Ecuador Embassy' story, was obviously getting long in the tooth, harder to believe the longer it continued. Assange and Snowden are creations of the Obama CIA, and shortly after Trump took office, moves were made toward winding down the Assange hoax, with Sweden even dropping their dodgy 'rape charges' against Assange in early 2017. The timing at the moment was chosen to distract from the British Brexit debacle, now tearing apart British society with the betrayal of 17 million UK Brexit voters.
There is also the fact that the ongoing travails of a supposed 'dissident hero', with a popular 'personality', distracts from many things, such as Israel's latest bombing attack on Syria, or on Gaza. Every week for a while there can be some new 'Assange story' twist and turn.
We may have news-headline 'Assange updates' ahead for months or even years, perhaps ending finally in some fake 'people's victory' for Assange, or perhaps even a fake 'trial' and a fake 'imprisonment', as people suspect take place for some of these unlikely purported 'lone wolf attackers' who are presented to us in various suspicious 'killing events'.
THE ASSANGE-ROTHSCHILD CONNECTION
What is the basis of the deep bond between Julian Assange and the Rothschilds? The Rothschilds with their estimated 400 billion (at least) fortune, and passion for Israel, naturally have a great interest in media control, taking a direct role on boards supervising leading global media such as the UK Guardian and The Economist.
But in order to really control media, one needs to control the 'opposition' media as well, and to channel the energies of potential dissidents. During the Obama era, it was decided to give the world two fake 'dissident heroes', pumped by Rothschild and CIA partner media, who would deceive the entire world. These two fake dissidents, Julian Assange and Edward Snowden, perhaps exceeded expectations in how they duped the public, despite their obvious Rothschild and CIA-establishment connections, and despite obvious trouble signs such as indulging Israel and aggressively opposing 9-11 truth.
Assange and Snowden provided many side benefits for the global NWO cabal, such as de-legitimising real dissidents, with many people saying things like, 'Well, if it was true, wouldn't Assange and Snowden, and their 'brave' media, be telling us about it?' The tragic unknowable is how many dissidents were crushed and silenced, even killed, after being lured into the 'rat trap' of Snowden & Assange and their media.
---
RELATED - The Crucifixion of the Cyberchrist   (YouTube)
ShareThis Facebook Tweet Google + Email

Comments for "Arrest of Julian Assange is Just Theatre "

Brabantian's analysis of Assange puts everything else I have seen in the shade. Congratulations to him for writing it, and to you for providing a platform.

Absolutely the most obvious interpretation of the Assange phenomenon is that he was bait for people who thought their grievances could be brought into public recognition by being passed on to Wikileaks. There has been a very clear threat from the perpetrators of 9/11 that there will be no trials for whistle-blowers. Anyone naive enough to believe that the System can tolerate exposure of itself through the courts does not understand how courts are paid by the System and maintain the System. American courts are no different in that respect from the role of the courts in every other country. 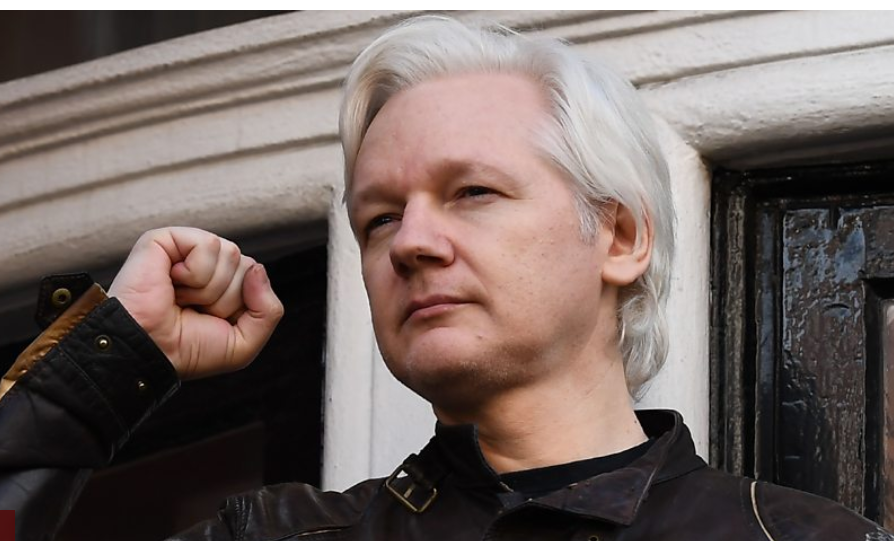 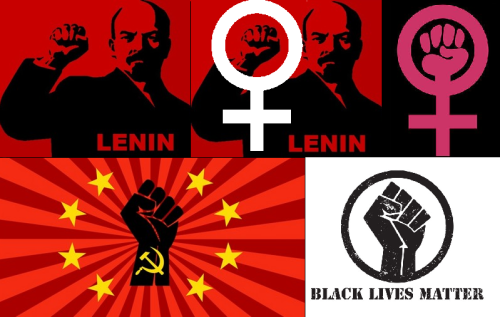