by Zen Gardner
An awakened populace is the enemy of the would-be Controllers.
The war on terror is a war on human freedom by a dystopian state structure
disguising itself as a protecting surrogate parent from an enemy of their own making.

It's all by assumption and generations of conditioning.
But the veil is coming off.

Thanks to their own military invention called the internet millions
are discovering the full truth. History is a lie. Religion is a control system.
Money is a hoax. Government is a for profit corporation.

And we don't need their goddamn hierarchy.
Conscious Truth Cannot Be Stopped!

Like they say, you may kill my body but you can never destroy my soul.
Fear is the number one tool of the Powers That Would Be.
If we don't fear they have no power.

The cornucopia of laws and rules written, unwritten and subconscious
is their method of entrainment. Crime, punishment.
They define what's a crime, and people get in line for fear of punishment.

Socially it's the same. Break the social norms and be shunned or called out.
Use the "wrong" language and you can face incarceration.
All restrictions put in place by these would-be Controllers. Screw 'em.
They're arrogant lying bastards and the truth is they're scared to death of us.

Wanna know their mindset?
The monster George Bush Senior said the following
in an interview published by Sarah McClendon in 1992:

"If the people were to ever find out what we have done,
we would be chased down the streets and lynched."

People are noticing the PTBs seem to be stepping up their program of late.
While revolution spilling into the streets is often of their own making
to bring about draconian crack downs and to foist new control systems on the populace,
what we're witnessing now is different.

Police brutality and even several recent attempts by agent provocateurs
have been ferreted out by demonstrators armed with cameras and internet access.
Bankster funding of police has been exposed.
And even efforts by the Democratic party,
MoveOn.org and ACORN have been identified and snuffed.

It's All About Personal Empowerment

People wonder why things don't change.
It's because people observe and follow, observe and follow.
Same old same old, hoping someone will do something.
Choice is within carefully constructed confines to where they think they're free,
but it's all within a tightly restricted playground created by social engineers
and executed via their academic and media minions.

Yes, it's that controlled. Or so they attempt it to be.

The wild card is the all-powerful eternal human spirit.
When we come to the realization of what we truly are,
we are an unstoppable foe to these tyrannical beasts.
They've turned our planet into a human farm with the people hypnotized
to behave as cattle convinced of their own helplessness.

Sorry, boys. The jig is up.
This marvelous planet is OUR space station
and you have no business trying to take it over,
so get the hell outta here. Humanity is rising...and you're in the way.
The Elites Are The Truly Enslaved

What differentiates the psychopathic controlling elites
from true humanity is a lack of empathy.
They are possessed by a self-serving,
self-preserving reptilian mindset that they are literally enslaved to.
They know they're usurpers and subject themselves to self-flagellating rituals
and mind control to be sure they're not influenced
by any real sense of humanity that might deter their plan.

In turn, they must exercise this Machiavellian control over others
since they themselves are subjected to it in order to get what temporal power
they've been loaned by their higher ups.
Yes, the abuse cycle. The abused become the abusers.
In their case it's off the charts wickedness.

Yes, the controllers are all controlled even more than humanity.
But that isn't gonna be our problem any longer.
We should ship this wicked 1% or whomever or whatever they are to their own little island,
take away all their toys (and boats) and let them have it out between each other.
Freedom of tyranny over other tyrants I always say. Ha!

It won't be long now.
They've got so much crap going it's gonna be hard to avoid seeing these psychopaths
try to take the whole world down in their mass death ritual madness.
We may have to muster through some really rough times ahead,
but I really believe the wake up is scaring the shit outta these bastards
and they're having to step on the gas to push their program through.

What's interesting is hurry and haste is not their strong suit.
Their strength has always been the slow burn without the people noticing
the noose being tightened around their necks.
Their plans for global control go back centuries and even millennia.
Pesky humanity has been a tough animal for them to fully corral,
we seem to keep busting out with new life and consciousness in spite of
their war on our minds and bodies.

Isn't that cool? They can't control us. Must drive them nuts!

They can try as hard as they want but they'll never do it.
In spite of their fluoridating our pineal glands, genetically modifying
and poisoning our food supply, chemtrailing our skies with toxic metals
and monstrous germs and nano strands,
killing off our youth and innocents in wars, introducing viruses into populations,
shooting us up with anti-human cocktails and shoving drugs down our throats,
and attempting to paralyze our hearts and control our minds with fear and propaganda......

They can't keep us down! We're like a population of frikking Rasputins!

The only way to fully wake up is to take action. Period.
If  you don't open the spigot of your life by researching the Truth, communicating,
withdrawing from the system, turning off the mainstream media in every form,
alerting others as to what's going on, you'll go back to sleep.

It's that simple, and it's that urgent.

The conscious awakening of humanity is unfolding at an exponential rate
and is having an impact we're seeing manifest daily before our eyes.
But if you've ever tried to push a heavy car to jump start it,
or attempted to get a big boulder moved, the most crucial point is when the momentum
is just beginning to roll and it's make it or break it to get to that magical kick start speed.

We're getting there. Push harder.....and call others to get on board,
in any and every way you can.
Write, talk, get out of banks altogether, not just go into smaller ones,
at least as much as you can.
And use your money as a weapon against them.
Buy local, don't buy corporate crap as much as possible.
Start a garden and grow your own food.
Tell others around you to do the same.

And if you don't know what to do, send help to those you believe
are doing what needs to be done so they can commit their full time to doing it
if they're not already, or to help them do even  more.
Everyone needs to participate.

I guarantee you as you do these things it'll come back to you big time -
in fulfillment, happiness, increased conscious awareness, love and even financially!
You're tapping into the ultimate free energy system of the Universe!

Let yourself go and watch a marvelous synchronistic loving world unfold around you!
Act on your heart...the time is now.

P.S. Want a great example of someone
who's doing something mighty to bring on the Awakening right from home?

Two of the illustrations in this article are from the amazing David Dees,
a courageous man who puts exposing realizations into realistic art.
His work is free for all non-profit use and you'll see it everywhere.
He's on the ADL hate list for his powerful anti-Zionism exposes,
despite his having clearly distinguished them from being anti-Jewish.
What he's produced works day and night around the world via the internet
and even print media to raise the level of conscious awareness.
I'm proud to be a recipient of his always impactful and enlightening work
and thank him profusely for allowing myself and others to post it.

There's an example of just one man's efforts.
Now let's ALL get in gear....just IMAGINE what we can do!!
Namaste

Thank you for your comments. I love this article as well.

So Revealing. Yeah..they are targetting us so much as you say. Being Aware is a Powerful Tool

Unified we Stand and WIN.

The Galactic Federation Always and Do Have a Winning End Game Plan !!!!

Merci..for your input..Pic..  Love Peace joy wisdom unto all of you. 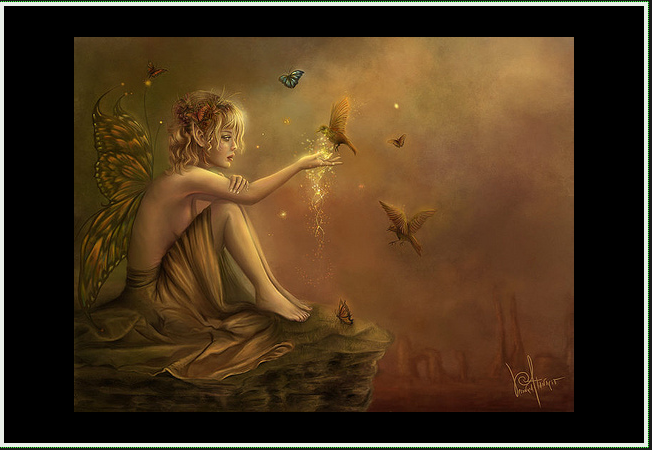 This is a great article and pictures, thanks so much for this.

Very powerful, this picture raises many questions, why them? now we are not much better, being overweight,

we are targeted also. So hard to change these circumstances.  Being aware gives us a tool.

Thank you Starseed Indigo Claude for bringing this to our attention.

WOW What an amazing pictures he made ... 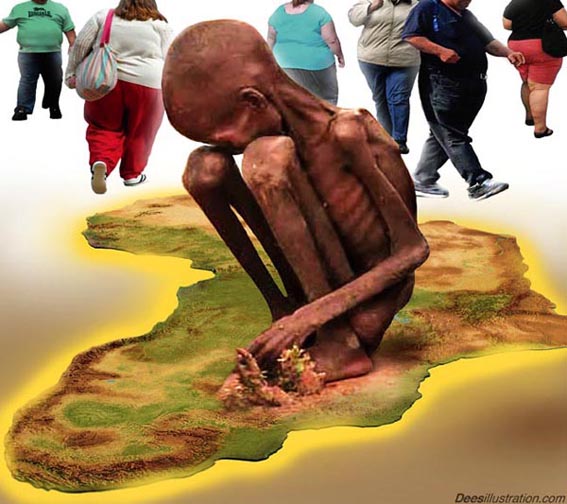