They either come from well known family circles, or are selected at college, university or similar. Many of them have dirty little secrets in their past, and the Dark Controllers knew this, cultivated them and blackmailed them. Yet others come from Dark families who, in a Spiritual sense are ‘rotten to the core' and are involved in many most unsavoury matters.

These, are the people who become the Head of State, Prime Minister, Chancellor and suchlike, and mostly they too are rotten to the core; and because they are shoehorned into power through rigged elections, they aren't their own men. They have to do what they are told, by the Dark Ones who run the world. But you know this don't you?

You wanted to be a Great Officer of the State, or Senior Civil Servant, or a Political Fixer; didn't you? You were attracted by the power and the adulation; but as you know, ‘politics and statecraft' is a dirty business; very dirty indeed. So to travel along your particular path, you had to do some things that weren't strictly honest; well, downright illegal in some cases. But they patted you on the back, and welcomed you into their club, and didn't it feel good?

Then you realised you were in a bit of a bind; you couldn't get out of it even if you wanted to, as the Dark Ones knew too much about your secrets. It crossed your mind that you were stuck, but at that stage you didn't want to leave the ‘club', as it still fed your ego. Then more recently, you had some nagging doubts in the deepest recesses of your mind, didn't you?

You never set out to contravene Divine Law, in fact you probably didn't even know it existed; but deep down you knew what you had to do wasn't really honest, and it led to a lot of lying, and overseeing some very dark and dirty deeds. And, you didn't realise you were going to have to pay for that, did you?

Make no mistake, what you did was wrong, and you WILL pay for it. Did you ever hear of the Day of Judgment; that event where a wrathful God sends you down to Hell? You could always go and see a religious minister, or priest; and confess, couldn't you; that would be OK, wouldn't it?

Oh dear, it doesn't work like that; let me explain, and pay particular attention, your future depends on it.

God is not wrathful, God is Love & Light. Deep down inside you there's a piece of God, and we are all Brothers and Sisters. But, you chose to walk upon a path of Darkness, instead of one of light. In so doing, you have broken Divine Law and no priest can forgive that. You have to work off that negative karma in the future; in this and other lives. Please believe me when I say that it isn't pleasant.

The Day of Judgment is your interview at the Reincarnation Board, and that's where you'll find that every single moment of this life is recorded and available for playback; and all the others as well. Everything you deny doing is self evident, then when you can deny these crimes no longer, you will be allocated your next incarnation which will be full of learning opportunities for you, but you need not expect them to be pleasant.

Now, I want to present an opportunity to you, which I hope you'll be quick to grasp. As a senior person, but not the supreme in the organisation, you know things about the principal, and what they have done, and continue to do. Time I think to turn your back on them and spill their can of beans.

Obviously you are going to have to reveal what you have done, but if you take the path of Love and Light and shun the Dark Ones, you have by that very action started your own rehabilitation. God loves you, as you are one of His children, and what parent doesn't love their child. In a Spiritual sense, you will be treated as a wayward son coming home to a safe harbour. You will still have to work off the karma, but the sooner you turn to the Light, the sooner you change for the better. You do see that, don't you?

Now there are only so many people in each administration where you are, and how many of them will desert ship? You see, it will be the earlier ones who desert that get the best terms. If a rival Minister, Secretary of State, or Department Head gets their story out first and negotiates the best terms, the later ones will be also-rans

You should really be taking legal advice and negotiating an ‘Immunity from Prosecution' package, according to the laws of your country, on the basis of the information and evidence you provide against your principal. You may also be able to obtain places in a Witness Protection Scheme for you and your family, and be able to start a new life again. If you do, rest assured that the Spiritual Hierarchy welcomes your brave decision, and will do all possible, in an unseen way, to smooth your passage through the system.

You have to help us stop this madness on Planet Earth, as the Dark Ones very nearly ruined it, and I am part of a very senior team engaged in turning the Darkness into Light. 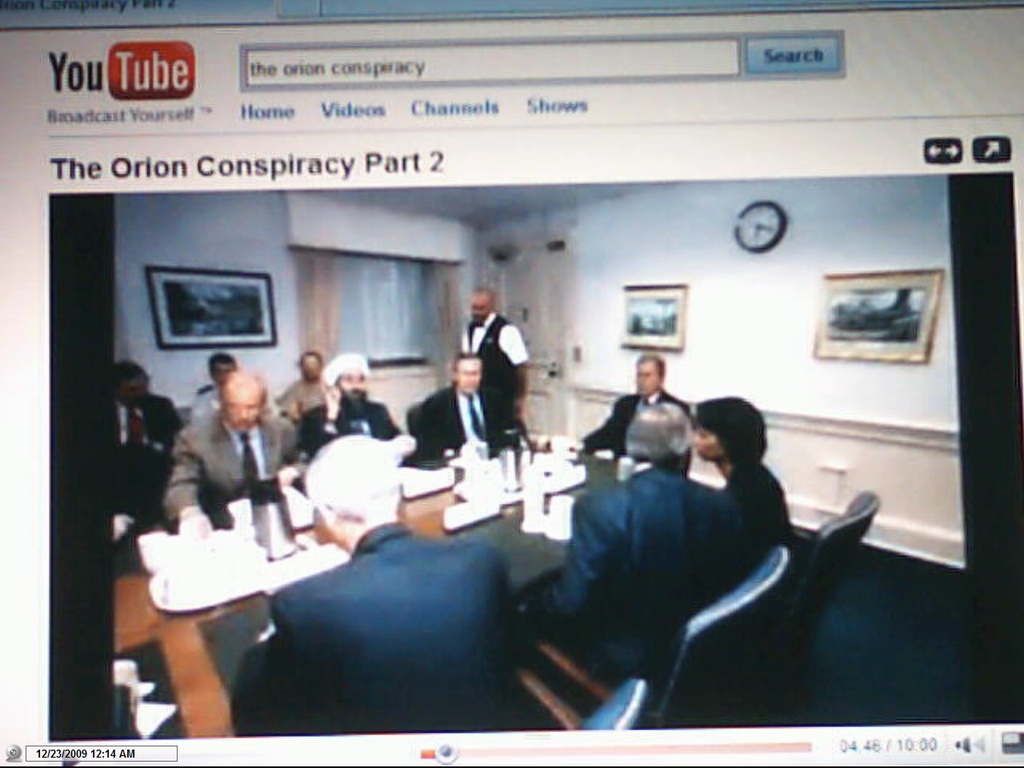 ''Atom Bomb Of Light To Them'' ..they really need it,so bad.