Contributing Writer for Wake Up World

Whether we like it or not, entities are everywhere in the 4th dimensional field around us. If you’ve been drawn to read this article then I imagine you have already experienced the challenges that having entities in your field might bring.

It’s a bit of a taboo subject in western culture; one of those subjects where people are a bit concerned about being labelled as ‘crazy’ or ‘Xfiles-ish’, so I felt inclined to break the ice and bring a bit of light to the subject. I am not claiming to be the fountain of all knowledge on the subject, although I do have a lot of experience working with them directly as part of my role in the spiritual evolution arena.

The term ‘entity’ can be a bit confusing, so I’ll draw a brief outline before focusing on the entities that people usually mean. There are three main types of entities; 1. The earth-bound spirit 2. Higher dimensional beings and 3. The non-human negative entity. We’ll be primarily dealing with the latter category, although it feels helpful to introduce them all.

The Main Types of Entities:

This generally refers to a human being who was incarnated, yet didn’t move on in spirit when their body passed away. They stay here in spirit form until they are ready to move on. They are usually attached to form by fear of loss. Often bound to a specific place, unable to exist beyond it, they can be friendly, mischievous or down right malevolent. Earth bound spirits can at times be bothersome, although they engage with incarnated human beings very little. We won’t be covering this type of entity in this article. I just felt inclined to mention it, to distinguish the difference.

These are beings whose consciousness is centred in the 4th density and higher. They sometimes have an interest in engaging with 3rd density beings, such as humans. They tend to differ from non-human negative entities (below) in that they each have an individual soul. They come in all shapes and forms, through multiple dimensions. Some higher dimensional beings are benevolent (eg. angels), some are malevolent and others dance somewhere in between. If malevolent or manipulative in anyway, they can influence and over-power a person in a more sophisticated way than the non-human, negative entities.

Higher dimensional beings are complex. Manipulative ones often prey on psychic people who can ‘see’ beyond the veil, at which point it is common for controlling higher-dimensional beings to present themselves as ‘benevolent’. They can be master tricksters. There is a huge ‘false-love-and-light’ movement in the spiritual world today, being totally manipulated and controlled by less than benevolent beings from this category.

These are what people typically refer to when they say they have an entity in their field, and this is what we will be working with throughout the rest of this article.

These are the entities that often possess people, by living within their host’s energy body. These entities act like parasites, often completely unbeknownst to their host. Some people have a visual psychic ability that permeates into the 4th density and are able to ‘see’ them, reporting all sorts of descriptions, shapes and sizes. People commonly mention tentacles or hooks that leech on to a persons energy field. Their most common food source is emotional energy. They do not have individual souls although they may act in individual ways. They have a collective group soul and consciousness and exist as part of a hive consciousness.

Most of them aren’t actually malevolent, they are simply fulfilling a parasitical survival instinct; they are just hungry. They farm their food – emotions – in the same way that human beings farm cattle. They have learned to become very skillful at turning on the emotional tap of their human host, so that whenever they get hungry they can drink in emotional energy on demand. They home in on any emotional vulnerabilities and imbalances that a person has and tend to hook in a tentacle right on that touch point. As soon as they are hungry, they push the button and slurp up the emotional nectar that begins to flow.

Why Do I Have an Entity in My Field?

So you have a parasitic entity in your field? You know something isn’t right? It’s draining your energy? Activating your emotions? Feeding off you? Making you ill?

In essence, it’s only there because you allow it to be there. Gulp! OK, so it may be a subconscious allowing, yet the power is within you. The entity doesn’t want to be seen. It has a vested interest in being invisible. It wants to co-exist without its host ever knowing it is there. It doesn’t want to starve.

Who is Particularly Vulnerable to Entity Attack?

As long as you are a human being (Homo Sapiens) you are vulnerable to attack, because Homo Sapiens has been hybridised for that purpose. It doesn’t escape any of us. Although as we evolve and become more and more present, as we become fully enlightened, then it becomes much more difficult for them to deceive.

I’ve particularly noticed that those who have taken drugs or medication or do things that anaesthetise themselves (TV, alcohol, excessive video gaming) tend to have the biggest entity issues. With consciousness blasting drugs (psychedlics etc), it seems to be that a person goes from a normal state to having their awareness blasted open, missing several important and necessary evolutionary steps in between. A blind spot is created where the missing steps are. This is the place that entities slip through the door. It’s a blind spot, so usually unnoticed by the person who’s taken the drug. This can last a long time completely unnoticed (years/lifetimes). Medication that dampens and suppresses gives an entity the perfect opportunity to feed off the emotion that is being repressed by the drugs.

What To Do About It?

So, here’s the key that unlocks the door. There is something within you that it is latching on to. It will be a blockage, a distortion or a button. The entity can only exist in your field if there is something for it to hook onto.

One of the most powerful things you can do is to take full responsibility for the fact that it is there because you have given it permission to be there.

Entities feed off emotions of all sorts. What are your emotional triggers? Do you experience any of the emotions in the list below?

If you recognise any of these emotions as an issue for you (ie. a recurring theme in your life) and are reading this article, it is likely that you have an entity feeding into them and milking your emotions for food.

Acknowledgement and acceptance is the first step to self-empowerment. The next step is to know that entities are normal; most people have them in their field without realising it. The world, in fact, is a large cauldron of emotion, the perfect feeding ground for these pesky pests!

Work On Your Own Stuff

The most important thing that you can do is work on your stuff. It really is that simple. Once you remove the food source – charged emotional distortions – then they have nothing to grasp onto and fall away.

It’s also vitally important that we don’t deny the emotion. Because denial and suppression of self also creates the ‘grey’ areas where they hide. What we’re looking for is the authentic – non-loaded – emotional expression of self, that which is aligned with the source. It is the distortions of these that the entities feed off.

People can and do remove entities, which sounds like an ideal solution. It can work temporarily. HOWEVER – unless you deal with the energy that invited it in the first place, you will simply draw another entity to you again and again and again UNTIL you release the attachment to that emotion from within yourself that draws it in. No one else can do this for you. It is part of the spiritual journey of self realisation, back to who you truly are. Be inspired and supported by others (catalysts and empaths can highlight them in your field), yet know that you have to walk the path with your own two feet.

Release the trapped emotion; let go of the attachment to the emotion and there will be no place for an entity to attach to you. Most people have to do this multiple times for different issues, over a period of time and through various levels of vibrational consciousness. There isn’t a quick fix solution. It’s a powerful way to catalyse the spiritual journey though, as you create the space for higher consciousness to flood in where you were once blocked. Indeed using this “Opposing Consciousness” as a mirror to your own limitation, is a powerful path to mastery.

Look at specific spiritual work that helps you to honour and release distortions, inner tension or emotional blockages. Whatever work you do, the key is to consciously bring your attention to your blockages. Sound work, movement and any work that releases thwarted energy can all help if you are conscious whilst working with it.

Some might find guided meditation helpful. We have a collection of different meditations for catalysing the spiritual journey on Openhand’s audio page, all of which help to let go of attachments. I thought it might be helpful to record a meditation that specifically deals with the release of inner blockages in order to cleanse your field of entities. So, especially for this article here is my latest guided meditation, as a gift from my heart to yours. Press the [>] Play button on screen to hear the meditation, or press the download link to purchase your own copy.

Remember that the key to releasing entities from your field is to release your own blockages, so that they don’t have anything to hook on to – anything else is just temporary. 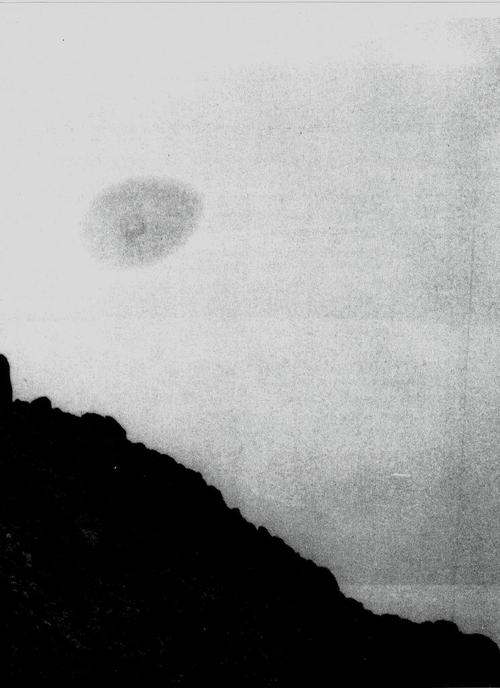 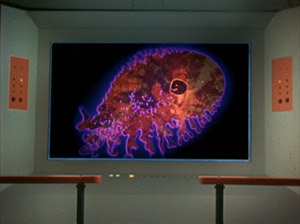 These are some of the Negative (rother) Entities that I see sometimes .
I usually chatch them sometimes,moments before I fully wake up ,while my consciousness stays between two realities (mornings usually ).
I keep looking at them till they start to fade away,  ..and it means I then align with this 3D usual consciousness.