We are programmed to be anxious.
As long as I can remember, they have been frightening us
with discord and war.  Hiroshima. The Cuban missile crisis.
The Cold War. Korea, Vietnam, Afghanistan, Iraq, Syria,
and now potential war with Iran, Russia and China.
"They" are on both sides of every issue.
Isn't it time we got off their roller coaster?
by Henry Makow Ph.D.
I don't have to tell you how toxic political discourse  in the US has become.
It began in the election campaign and hasn't let up. The Left so demonized Trump that their supporters are literally traumatized by his victory. They are losing their minds.  Calling publicly for Trump's assassination. Punching his supporters. Floating stories that he is insane or that the election was "hacked by the Russians." Threatening violent resistance. In a country where semi-automatic weapons are freely available, things are volatile to say the least. 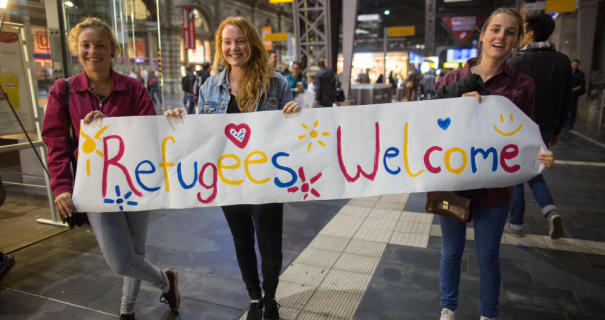 We have what I call, "cult induction interruptus." Under Obama, the Masonic Jewish globalist agenda was in full blossom. National, racial, religious and gender (family) boundaries were disintegrating. Americans were sinking deeper into the Cabalist Jewish (Communist) satanic cult.
Trump's victory has interrupted this process. He is "building a wall." Those indoctrinated by globalists (liberals, feminists) are confused and angry. The Left has always resorted to ridicule and slander because at some level they know their cause is evil. They have lost any sense of common decency, historical perspective or respect for the democratic process or truth.
Events confirm that we live in a de facto Communist society. The mass media is almost completely controlled by the Soros-globalist faction, i.e. Cabalist congenital liars. This control even extends to the government-owned media in Canada, Australia, the Uk and Europe. The large corporations are also controlled by these Masonic Jewish central bankers. Never have I seen corporations take a political stand and risk alienating at least half of their potential customers.
What are conservatives to do?
1. Maintain civility (sanity). We have to remember that "liberals" "feminists" etc. mostly are well intentioned people who have been deceived. We have to model the kind of behavior we expect. Be patient. Don't fantasize about their demise.
I used to be a feminist, liberal and Zionist myself. It's only because of a respectful political discourse that I was able finally to see that conservatives were right.  Let's not dehumanize the "enemy." Help them see the truth. My wife and family are mostly "liberals" but we are able to see beyond that. Mutable ideas should not divide us. 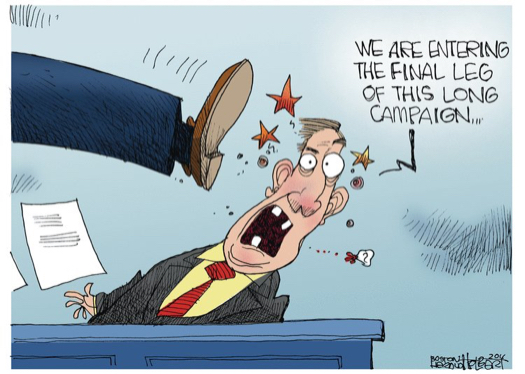 2. Get off the roller coaster. As long as I can remember, politics has been a source of major anxiety. More so now. Do you suppose this is a coincidence? The more we obsess on current events and the evil enemy, the less energy we give to more constructive, health-giving things.
In other words, it keeps us in a debilitated state. We need to limit the energy we devote to the political circus and focus instead on what provides peace, health and happiness. The world is a distraction from our own lives. Often it is an excuse not to have lives. 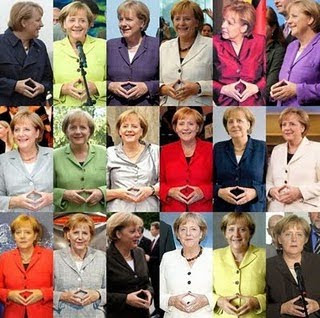 3. The Political Divide is a charade. Trump makes the same Masonic inverted triangle hand sign as Merkel and George Soros. All the more reason to distance ourselves.
4. Remember the Big Picture.  We are a species of ape-like creatures occupying a ball floating in space. Shouldn't we try to discern Creator's intent and comply as best we can? Isn't that where happiness lies?
The enemy, Cabalist Jews and Freemasons, are Luciferians. They deliberately seek to thwart the Creator's Design and imprison humanity in a dark dungeon of depravity dedicated to Satan.
We stumble onto the stage of life, not knowing what's going on, trusting in a highly subverted society for guidance. Unconscious, most of us die without ever having lived.
We are the only creatures who live with a foreknowledge of our death, surrounded by the ghosts of those who came before. Soon, we lose our glorious youth and eventually we start to count our days. We deserve a pat on the back for our courage and dignity and for upholding some excellent ideals.
We enter the world to a mother's embrace but, when we leave, there is only God to meet us. Naturally, the Luciferians have made God a dirty word, like Hitler. This is how they control us.
But, in fact, God is the truth, love and bliss that our souls crave.
God Consciousness is mankind's common destination and meeting place. Let's ignore distractions, join hands and pursue this common mission.
They will divide and conquer. Only love of God will unite and keep us sane.
---------
Related - Makow - Surviving the New World Odor
"They" are on both sides of the political divide. Anti Trump activist makes Trump Masonic sign.
Left Hysteria Driven by Gender Sickness? Satanism?
The Left hates You- Act Accordingly
Can the US Survive as Presently Constituted?
IS THIS A CIVIL WAR?
First Comment from Andrew:
Ancient sages EXPLAINED what you explain in today's essay, Rule # 1 - Maintain Civility (Sanity).
Jesus said, "And you shall hear of wars and rumors of wars: see that you be not troubled: for all these things must come to pass, but the end is not yet." Matthew 24:6
Mind control hasn't changed in 2500 years: temple priests operated like MSM editors today to trigger adrenaline in PANIC, FIGHT, FLIGHT stories.
When nervous systems are flooded with adrenaline, no one thinks.
So do not amplify mind control paralysis, MAINTAIN CIVILITY & SANITY. Be Buddhist, be Christian, be Sufi...BE NICE!
YOU WILL FEEL SO MUCH BETTER too
- See more at: https://www.henrymakow.com/#sthash.cyeer4mn.dpuf

Comment by CHRISTINA on February 13, 2017 at 6:28pm
As long as I can remember, they have been frightening us
with discord and war.  Hiroshima. The Cuban missile crisis.
The Cold War. Korea, Vietnam, Afghanistan, Iraq, Syria,
and now potential war with Iran, Russia and China.
"They" are on both sides of every issue.

Isn't it time we got off their roller coaster?