The confidential BP document released clearly shows the oil spill is in the Loop current and is being carried away into the Gulf Stream. NOAA has failed to admit that more than a light tendril of oil is heading toward the loop the current. Perhaps NOAA is hiding the information because…

HEARTBREAKING PHOTOS OF THE LOUISIANA MARSHES

These poor creatures. They do not have a chance.

UFO OVER WESTERN CANADA - AMAZING VIDEO FROM A JET

The actor is in New Orleans and definitely has the attention of the Parish officials as he demonstrates his machine. BP is taking notice!

AERIAL PHOTOS OF THE GULF OF MEXICO OIL SLICK 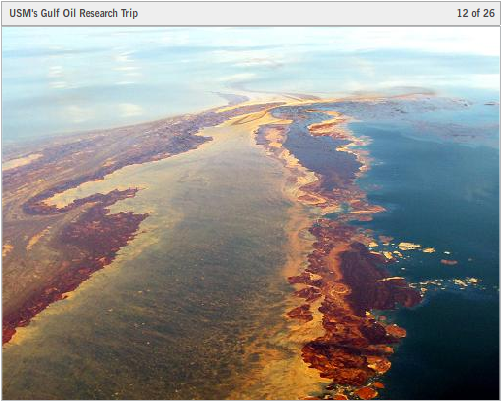 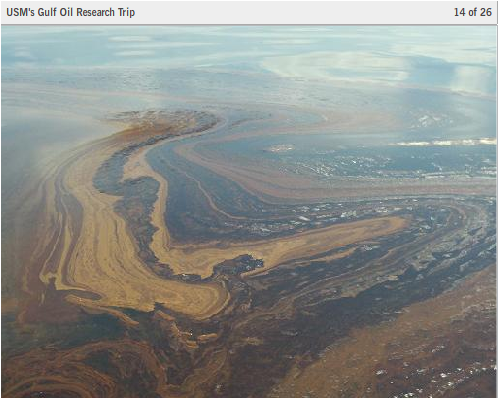 You can see where I live..."HOME". This is very bad. Jellyfish covered in oil are starting to wash ashore today. 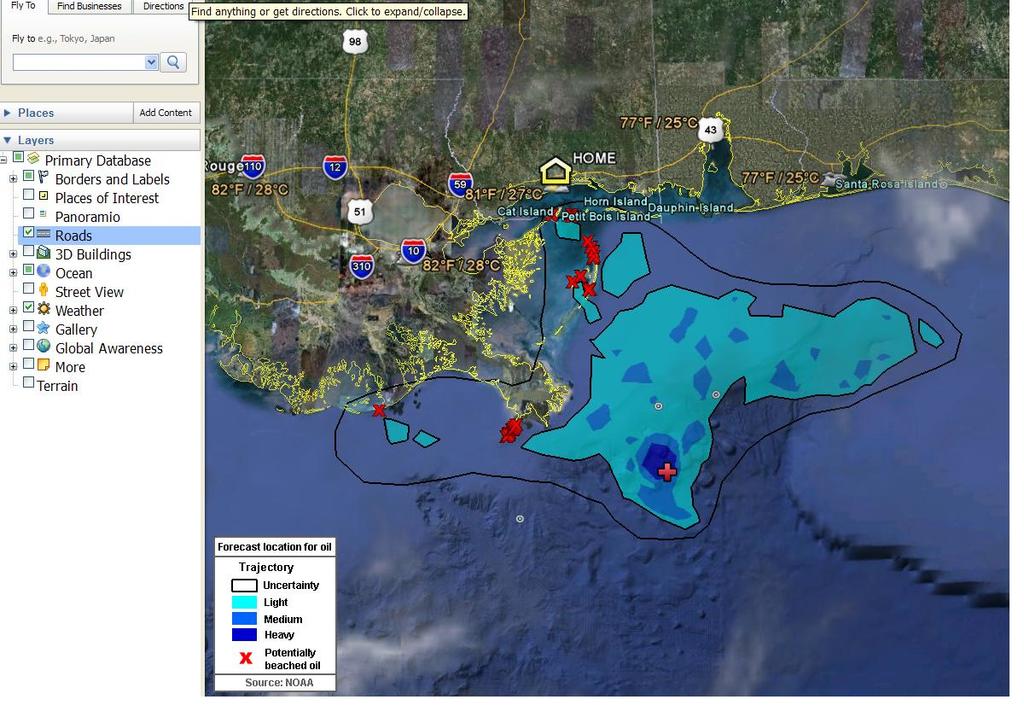 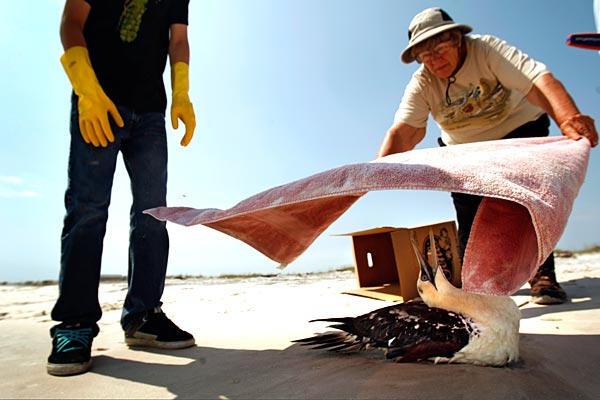 Bless all the volunteers trying to help save our wildlife in the Gulf of Mexico. This was taken today on Ship Island - one of the barrier islands of the Mississippi Gulf Coast.

PLEASE SEND YOUR LOVE TO THE GULF

I live on the Mississippi Gulf Coast. Katrina waylaid us 5 years ago. We survived and rebuilt. Now a massive oil spill is about a mile offshore..which has yet to be capped. Dead sealife is now appearing on our beaches. Beautiful birds, dolphins, fish...all dead and floating ashore. Please pray and send your love to us. This is bad. Very, very bad. A hurricane does her damage and disappears. This oil leak has yet to be capped. It is now a mile under the sea and there is no hope of capping it.…


Would you worship or celebrate an electric chair if

someone very important died on it? Would you wear a

miniature of an electric chair on your neck? And yet,…

this is a cool video. It occurred earlier this month.

I love the author's ending statement about the aliens possibly planning an underwater resort......

very interesting story. A luminous being standing on the highway was also seen. Article below.

Evidence the Planet's Consciousness is Rising

Every living being is becoming lighter. This is an amazing video evidencing the increase in love and light in the animal kingdom.

From the Associated Press today - this even made headlines on a local Gulfport, MS newspaper. What is up?

Britain pulls the plug on its UFO hotline
The Associated Press

LONDON -- Britain's military has closed a hotline that took reports of UFOs.

The Ministry of Defense says that the phone service and an associated e-mail address were taken offline Tuesday.

NaturalNews) Here's what we know with some degree of certainty about the H1N1 virus in Ukraine right now: nearly 300 people have died from the viral strain, and over 65,000 people have been hospitalized (the actual numbers are increasing by the hour). The virus appears to be either a highly aggressive mutation of the globally-circulating H1N1 strain, or a combination of three different influenza strains now circulating in Ukraine. Some observers suspect this… Continue

I just had to look it up as I believe angels send messages in very provocative ways. This Psalm sounds to me very much like a prophecy of the end of the world as we know it.

v2 Clouds and black (skies) are all round (the *LORD).
He is a good and fair ruler.

v3 Fire goes in front of him.
It burns up his enemies on every… Continue

CROP CIRCLE DESIGNS - ARE THEY THE FLAGS OF OUR GALACTIC NATIONS?

This is what the Galactic Federation of Light told Blossom Goodchild just a few days ago. For some reason this explanation resonates more with me that some mathmatical encrypted message to us. They all do look like some sort of "coat of arms".

THIS IS WHAT FIRE THE GRID IS ABOUT - only for those of you on this site who focus on the POSITIVE...

FROM THE HOME PAGE OF firethegrid.com:

On July 17th 2007 at 11:11 GMT, human beings from every corner of the world participated in the largest mass meditation the earth has ever seen. A wonderful accomplishment in itself but more so seeing as how the entire event transpired. With but an initial email; a website designed and created completely benevolently; three willing participants and instructions from the Divine, Fire the Grid expanded with the… Continue

for those who have been at this a while as I have...here is Fire the Grid - Part 2. I was a part of this phenomenol worldwide meditation on July 17, 2007 at 11:11 GMT - I had to wake up at 4 something in the morning to participate (I live in the US) I can't describe the feeling afterward - it was wonderful...my universe had shifted. Then Shelley and this website went away. She had been lead to do this by aliens who visited her and brought her son back to life from the dead if she agreed to do… Continue