This is a Cosmic Moment

We are moving at warp speed through frequencies, vibrations, and physical experiences beyond anything Humanity’s physical bodies have collectively endured. The Divine Intent of this rapid acceleration is to strengthen our bodies at a cellular level, so that our I AM Presence can move us through the surfacing negativity quickly. Then we will be able to… Continue

I always wrote my dreams into my spiritual diary and I noticed that my dreams of UFO's are increasing. Is anyone also experience this? First it was just showing in the skies, to preparing for disclosure and last night I head a dream about light and dark getting there final battle.

In my dream the dropped me in the battlefield and said I was forefilling my soul contract.

~Everything is a Manifestation of the Divine ~ Arcturian Group

Greetings to All !
We see you anxiously awaiting some sort of action on the part
of the…
Continue

DNA Can be Influenced and Reprogrammed by Words and Frequencies

DNA Can be Influenced and Reprogrammed by Words and Frequencies
Thursday, 09 June 2011 10:18

'The human DNA is a biological internet and superior in many aspects to the artificial one. The latest Russian scientific research directly or indirectly explains phenomena such as clairvoyance, intuition, spontaneous and remote acts of healing, self healing, affirmation techniques, unusual light/auras around people (namely spiritual masters), mind’s influence on weather…

Blessings, Beloveds! We are the Ascended Masters! Over the last few weeks, we have been discussing the altering of your reality. We talked about conscious governance and the two things that create it: fluid group dynamics and the four sacred laws. These will be introduced to you by the Galactic Federation and Agartha. The Agarthans are your cousins who were separated from you by the Atlanteans and their successors, the Anunnaki. Our sacred mission is to reunite you with your spiritual and space… Continue

Thank You, We Love You.

I've been in this spiritual movement for almost thirty years and something that still drives me up a wall is the lack of cooperation and networking.
Years ago I was a commercial fund raiser. I had a very large data base of investors and venture capitalists and my main focus was helping start up new age companies raise operating capital.
One of the most common reasons we discovered that these small start up companies could not raise money and get funding was their reluctance to network… Continue

St. Germain on good and evil aliens. they must withdraw its work is over, long time ago. only humans know about humans "VIDEO"

NASA EMAILS ALL EMPLOYEES TO PREPARE FOR AN EMERGENCY *VIDEO*

Interesting timing here with only 3 months away! Can you see they're slowly
leaking it out without alarming too many folks at…

make of this new Bilderberg 2011 demonstration report what you will.
Remember, for decades you were considered INSANE if you even mentioned this
shadowy organisation of global conglomerate control.

According to
Dominic Schreiber of WE ARE CHANGE Switzerland on the phone to Alex Jones, the
Swiss councillors who will arrive at The Grand Hotel Kempinski in St Moritz
where the Bilderberg meeting is taking place this weekend to bring a case
against…

This is a movie you have to wacth. It is really beautiful.

La Belle Verte Movie is a very rare french movie which was unofficially prohibited in UN by media holders. Since 1995 it hasn't been shown on TV except couple of times at late night and not on main stream channels. It is banned for obvious reasons to do with questioning society. "This is a beautiful… 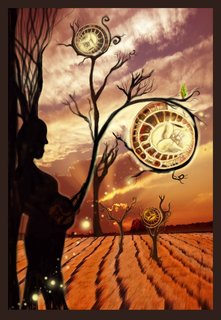 Negativity, "Sheeple" and fighting THE MAN

Ok, so I've been noticing a lot of negativity within my life and around me in the people I know. I try to stay positive but it seems like the more I fight negativity the more it comes back with more force to test me again. And I must say, it's getting quite tiring. I find myself constantly warring with my friends and family over the most absurd topics because of their inability to see things my way. I know, it is not my job to convince people of the truth, if it even is the truth. That's… Continue

(NaturalNews) Coca leaves have been chewed and consumed as tea for thousands of years in the high Andes. They are rich in many essential nutrients; they ease respiratory and digestive distress and are a natural stimulant and painkiller. Indigenous tradition and scientific studies have both confirmed that in their natural form, the leaves are completely safe and non-addictive -- it takes intensive processing and toxic chemical ingredients to produce cocaine. That's why more and… Continue

Apple CEO Steve Jobs made an unannounced visit to the June 7 City Council meeting in Cupertino, home of the computer giant, to reveal plans for a new, state-of-the-art Apple headquarters, reports the Cupertino…
Continue

To be so strong that nothing can disturb my piece of mind. To talk health, happiness, and prosperity to every person I meet. To make all my friends feel that there is something worthwhile in them. To look at the sunny side of everything and make my optimism come true. To think only of the best, to work only for the best, and to expect only the best. To be just as enthusiastic about the success of others as I am about my own. To forget the mistakes of the past and to press on to the greater… Continue

“We were physically assaulted by some men in some blue costumes and put in a cage for a couple hours,” Adam Kokesh, an Iraq war vet and Russia Today host told the Baltimore Sun on Wednesday. “We are not going to stand for this.”

“This about standing up to a police state that is out of control and no one is safe from,” said Kokesh from the steps of the Jefferson Memorial.…

Even as the veggie blame game is now under way across the EU, where a super resistant strain of e.coli is sickening patients and filling hospitals in Germany, virtually no one is talking about how e.coli could have magically become resistant to eight different classes of antibiotic drugs and then suddenly appeared in the food…