Hey guys I hope everyone is doing well. I have some information that may be important or it may not. I usually don't post stuff like this because i do not buy into the doom and gloom story and I do not think about it because this earth is a wonderful place and I am doing my best to change it. My mother and I are very close and what she told me frightens me somewhat because she does not do this often if at all. Either way I am going to share it because I care about you all and the
rest of… Continue

How to plug the Gulf of Mexico Oil Spill 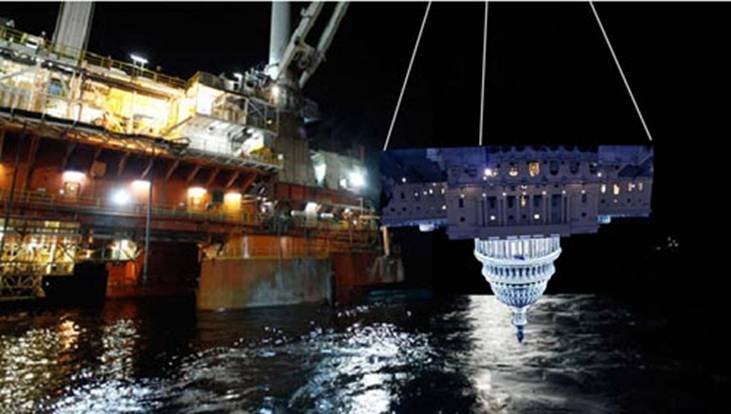 FROM ASHTAR HIMSELF: How to heal the GULF NOW

This message is directly from ASHTAR HIMSELF through Sananda's Eagles. Please help heal the Gulf through crystals now. Read below for specific directions from ASHTAR.

Greetings to one and all. I AM Ashtar, and I have asked this one to put
out a Call to Action
for the healing of that area called the…

WHO’S IN CHARGE OF THE HUMANS?

WHO’S IN CHARGE OF THE HUMANS?

This is a question that is well worth examining from many different angles. Who is in charge of the humans, do humans need handlers/controllers? Humans are hard wired to be controlled; hard wired for slavery.…

Warren Buffett, Bill Gates ask billionaires to give away wealth

Hello, my loves. It is a beautiful morning for many of you have awakened to the great day with smiles. I am so happy to see this! I woke up today feeling a bit of concern for the mother earth. I feel her shifting. Let us send love that she will roll softly with the tides. Send Love.

I want to tell you to smile on your critics. Many of you are experiencing ridicule and mockery because of your turn away from the darkness and…

A man is but the product of his thoughts what he thinks, he becomes.

THE TRUE SELF IS LOVE

The end of the false self spells the end of fear, and the desperate need for power that fearful people cannot help. Power is a form of self-protection, and when fear is gone, there is no need for protection.

The true self is love, and being able to love all the time is the most one could want. The clash between love and power then has no meaning. As Tagore so decisively wrote, “Love is not a mere… Continue

WHAT IS A LIGHTWORKER?

"Keep your heart free from hate and your mind from worry; Live simply; expect little; give much; pray always; Fill your Life with Love; forget Self; think of Others."

In desperation, the BIS and Vatican bank order assassinations but Mossad, the CIA and the Yakuza refuse to go along

The increasingly desperate gangsters known as the Bilderberg group, in a last minute effort to maintain their rule, last week ordered assassination teams to kill prominent truth seekers, including this reporter, according to CIA sources. In a related move Italian authorities have been trying to sell the $134.5 billion worth of bonds they seized even as they continue to prosecute an Italian gentleman with fraud for possessing these bonds. At…

Greetings and Salutations; In 1984, right there in the windy, very important people met to begin the transfer of wealth on the planet. Foundations and ancient trusts were involved. Things that were loaded with real assets that would be able to actually do what the populace had no idea of, end poverty, hunger, and basically fix the ills of the world. Technologies would come forth off the shelves and testing… Continue

Ventrilo Down For Maintenance

Just a note to let people know the Server machine that runs Ventrilo Voice chat on Saviors of Earth will be Intermittently down for a couple of days while upgrades and system tweaking is done, should be back to normal by Tuesday.

If you can't find a permanent 'development circle' to attend, you can always start your own. Follow these guidelines.

A development circle is a weekly meeting of people who gather for the sole purpose of developing their psychic talent.

Purpose of the psychic development circle:

Love
is spreading across the planet like a wildfire.
Rapturous bliss can be felt by anyone, no matter
where they are in their process of opening.
It is in the grids.
It is time.
It has come.

By Dr. Robert I. Winer


Let's start with a dictionary definition:

It seems to me that the dictionary's authors have relied upon an extraverted measure of wisdom based upon what can be known about another's thoughts and actions. However, a person's wisdom need not always to be seen for… Continue