Who controls this teleportation technology?

What is going on at Pine Gap, Australia? A US Air Force Colonel is in a deep underground facility in Nevada, USA. He walks through a door. Two minutes later he is on the other side of the planet in Pine Gap,…

They either come from well known family circles, or are selected at college, university or similar. Many of them have dirty little secrets in their past, and the Dark Controllers knew this,… Continue

Here are the main points of an important answer to that question by economist and former Wall Street honcho, Michael Hudson:

The six-nation Shanghai Cooperation Organization (SCO) is comprised of Russia, China, Kazakhstan, Tajikistan, Kyrghyzstan and Uzbekistan, with observer status for Iran, India, Pakistan and Mongolia. It was… 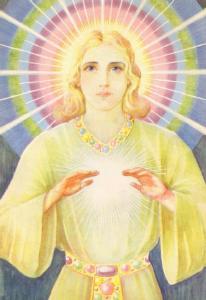 The Ascended Masters who guide and help with the expansion of Light on this planet are God-Free Beings, not bound by time and space. Having come into embodiment, as you and I through the portals of birth, They walked the earth fulfilling the inner calling of Their God Presence day by day, lifetime after lifetime. They mastered all the lesser things of this world,…

By: Sorcha Faal, and as reported to her Western Subscribers…
Continue

This is a video interpretation of "The Silent Prayer" by Tobias,
as channeled by Geoffrey Hoppe of the Crimson Circle:

Hope you enjoy it!

The Silent Prayer by Tobias

Trust that you knew enough to put that tool in the path to be utilized in the Now moment. Trust that you already put it there and it will then be.

But today ... today is my day. Today is the day of Adamus, and here we are. You are at the pinnacle of the biggest change on Earth. It's Happening Now

Now, some of you may question that because in past lives the changes occurred during the times of war, for the most part, or famine. Those were the two ways that got change going. But here you're not going to see the type of wars that you've seen in the past.…

Very interesing. Two bird with one stone. Don't trust him or Obama. still seems viable. Seems like a way to knock solar wind and geothermal off the map so they can still charge for energy, its the biggest market in the world. Like what Edison did to Tesla.

Saint-Germain, will answer one last time and I will no longer take questions about aliens...

ADAMUS SAINT-GERMAIN: I, Saint-Germain, will answer one last time and I will no longer take questions about aliens from Shaumbra.

When will any of you who are thinking along these lines understand that you are the grandest beings in all of the dimensions? There are types of…

POOF :All is well.Keep positive thoughts, He who has the gold, rules!

Update .... aþSent: Thu 2/18/10 7:58 AM
Hello Everyone, There is a major gag order right now and no one "in the know" is releasing a date for delivery. We do know that all is ready to go.However, there is much…
Continue

US Move To Capture “Star Children” Alarms Russian Church
By: Sorcha Faal, and as reported to her Western Subscribers…
Continue

Several important events are being readied to manifest. First, is the matter of your new gold-based banking system.

Several important events are being readied to manifest. First, is the matter of your new gold-based banking system. This fairer and more transparent financial system is already being secretly implemented in a number of nations. These test runs are proving to be quite successful and this opens the door for its general acceptance by your world.…
Continue

BREAKING NEWS: A plane has crashed into the reportedly the FBI building in Austin Tx

I am Violinio St Germain, Master of the Seventh (Violet) Ray of Transmutation

I am Violinio St Germain, Master of the Seventh (Violet) Ray of Transmutation and principal steward over the great experiment in freedom called the United States of America.
"I come in the Light of the One who created us all. As we of the Higher Realms monitor your planet and its… Continue

Be at Peace with the Coming Changes... Written by David Wilcock Friday, 05 February 2010

Reading: Be at Peace with the Coming Changes...

| Print |
Written by David Wilcock Friday, 05 February 2010 12:12
You're not going to be waiting much longer to see some very, very epic changes in the world, according to this new Wilcock Reading. It is the latest in an ongoing series of messages encouraging us to understand the greater, positive context for the seemingly…

CAN THIS POSSIBLY BE TRUE?

WHO WAS HE?
He was born of the virgin Maya, who was considered the "Queen of Heaven."
He was of royal descent.
He crushed a serpent's head.
He performed miracles and wonders, healed the sick, fed 500 men from a "small basket of cakes," and walked on water.
He abolished idolatry, was a "sower of the word," and preached "the establishment of a kingdom of righteousness."
He taught chastity, temperance, tolerance, compassion, love, and the equality of all.
He…