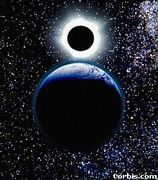 The group for those interest in exploring the Urantia Book , sharing the information content of the book

The Urantia Book (also sometimes called The Urantia Papers or the Fifth Epochal Revelation) is a spiritual and philosophical book that discusses God, science, religion, history, philosophy, and destiny. It originated in Chicago, Illinois, USA, sometime between 1924 and 1955, but its authorship is unclear. There has been much debate and speculation on how the papers were produced.

The writers introduce the word Urantia as the name of the planet Earth and state that their intent is to "present enlarged concepts and advanced truth" in an "endeavor to expand cosmic consciousness and enhance spiritual perception." Among many other topics, it expounds on the origin and meaning of life, describes humankind's place in the universe, discusses the relationship between God and people, and presents a detailed biography of Jesus.

Part I: The Central and Superuniverse

You need to be a member of Urantia Book to add comments!

Comment by Golden_Angel_K on December 22, 2008 at 8:11pm
Hi. I think it`s an interesting book. In fact i was reading it amazed me because has many information that i could understand only a little because with this 3D Brain. hahahah !!, I need an upgrade. I want my 5th dimensional brain. hhahaaaaa.

However, this book has been best seller in around the world because of its concepts about the existence and life.