3rd January 2012. Rainbows over Monaincha abbey near Roscrea. Two photos stitched together, with different contrasts. The outer rainbow is clearer on the left, the inner clearer on the right. Monaincha means 'the Island in the Bog', and was the retreat house of several leading saints including Cronan of nearby Roscrea. It stood in a lake or bog until about 1790, and was one of the most famous pilgrimage sites in Ireland in its day. In the Book of Ballymote Monaincha was listed as the Thirty Third Wonder of the World. It was known as Inish na mBeo, the Island of the Living. The western doorway and inner chancel arch of the 12th century church are richly carved and a weathere high cross stands outside the door. The church is almost certainly the replica of a fabulous wooden original.

Of all European lands I venture to say that Ireland is the most mystical, and, in the eyes of true Irishmen, as much the Magic Island of Gods and Initiates now as it was when the Sacred Fires flashed from its purple, heather−covered mountain−tops and mysterious round towers, and the Greater Mysteries drew to its hallowed shrines neophytes from the West as well as from the East, from India and Egypt as well as from Atlantis; and Erin's mystic−seeing sons still watch and wait for the relighting of the Fires and the restoration of the old Druidic Mysteries. Herein I but imperfectly echo the mystic message Ireland's seers gave me, a pilgrim to their Sacred Isle. And until this mystic message is interpreted, men cannot discover the secret of Gaelic myth and song in olden or in modern times, they cannot drink at the ever−flowing fountain of Gaelic genius, the perennial source of inspiration which lies behind the new revival of literature and art in Ireland, nor understand the seeming reality of the fairy races.

Sunset near midsummer in Carrowkeel viewed from the chamber of Cairn G. This mound of stones has a slab-built chamber with a special slot or roofbox over the doorway that allows the sun to enter. 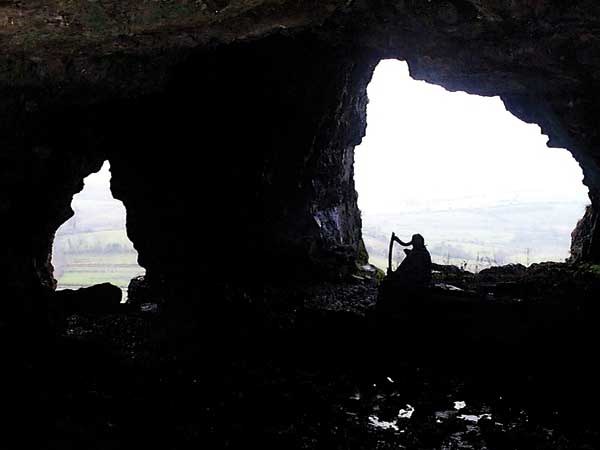 the enchanted caves of Kesh Corran in County Sligo, a wonderful series of mythological tunnels in the side of a giant fairy mountain. 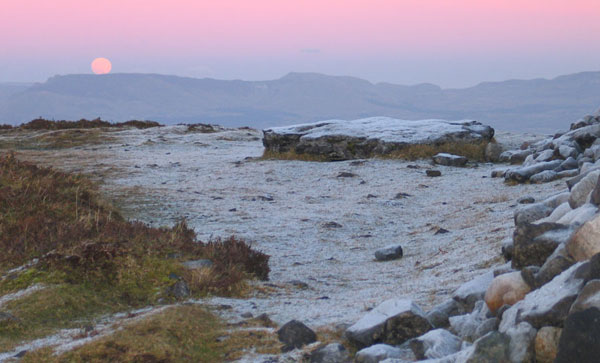 Magical full moon rising over Copes Mountain, viewed from the massive Queen Maeve's cairn on Knocknarea in County Sligo, January 19th 2011. The flat stone in the foreground is the so called north marker stone. 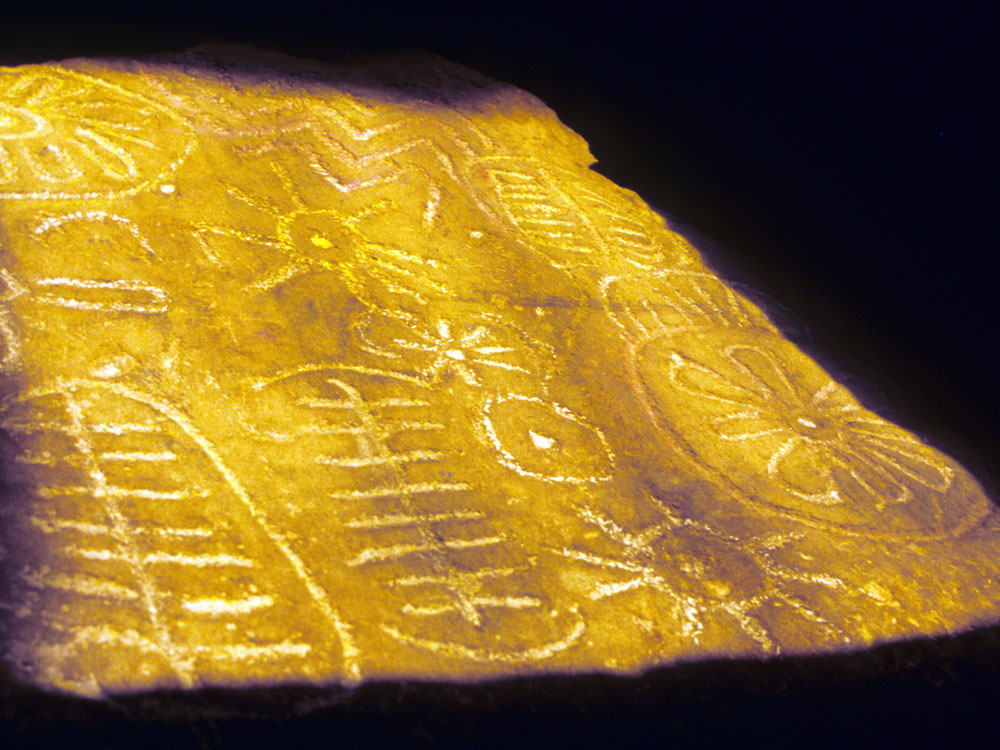 Equinox sunrise illuminates the cryptic engravings on the backstone of Cairn T, the central monument within the neolithic complex at Loughcrew in County Meath.

The prow shaped mountain called Benwisken in the Carbury mountains of north County Sligo, behind where I live. To the left is Diarmuid and Grainne's bed, the highest cave in Ireland. In the mythologycal tales of the Fianna, Diarmuid was killed here by the Green Eared boar of Benbulben; after his death his spirit was taken to Newgrange in County Meath where an 'aerial life' was put back into him by Aengus Og. 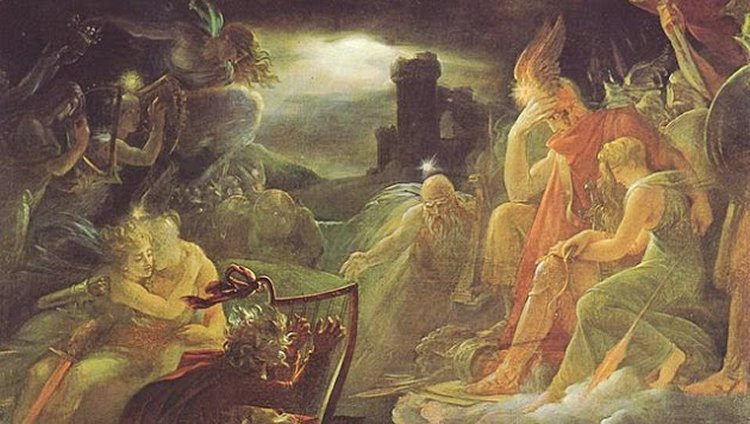