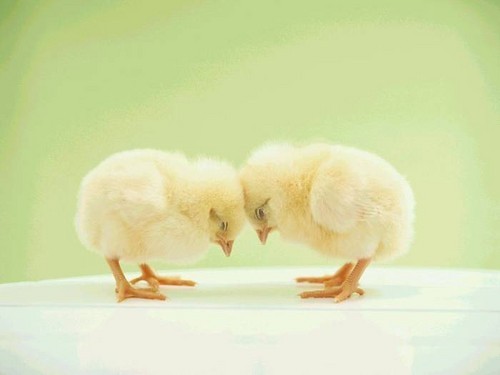 This can be a touchy subject, especially for parents, but recent research cautions there's such a thing as too much self-esteem.

Many child-rearing books now tentatively suggest it's not necessary for parents to lavish "good job, good job" on their five-year-old when he blows his nose on his sleeve. As it turns out, criminals, bullies and bigots often have high self-esteem.
Kristin Neff
Dr. Kristin Neff, pioneering researcher in the field of self-compassion.

So if generous doses of high self-esteem could be toxic and low self-esteem certainly isn't the goal, what kind of self-regard should one nurture?

"Self-compassion provides an answer to the problem of high self-esteem, offering most of its benefits with few of its drawbacks," says Dr. Kristin Neff, an educational psychologist in The University of Texas at Austin's College of Education and a pioneering scholar in the relatively new area of self-compassion research. "Self-compassion derives from Buddhist psychology and hinges on a self-kindness that is, ideally, devoid of judgment and self-evaluation. You allow yourself to feel compassion for yourself because all human beings deserve kindness and understanding. Compassion and gentleness are your right when you lose, fail and are disappointed as well as when you win or excel.

"When you have self-compassion, you do still feel regret and sadness when life takes a turn for the worse or you fail, and you take responsibility for those actions that are within your control, but you also are as kind and forgiving with yourself as you would be with a dear friend or close family member. It's not about building yourself up--it's about not beating yourself up."

Unlike self-esteem, self-compassion has no harmful side effects and allows you to feel good about yourself without having to create tension or distance between yourself and others. Convenient and ever-accessible, it's under your control and can be used at any time. Research reveals that in comparison to self-esteem, self-compassion is associated with greater emotional resilience, more accurate self-concepts, more caring behavior in relationships and less narcissism, indignation and reactive anger.

"With self-esteem it's about how you measure up against others and is, by definition, focused on social comparison," says Neff. "You have to be cuter, smarter, faster and richer or you're not good enough. So many surveys have shown that Americans rate themselves as 'above average' or 'superior' on almost every task you query them about, whether it's level of driving skill or reading speed. It's not OK to be average at something--in fact, most people would be insulted if you suggested they were only 'average' cooks or parents.

You will encounter frustrations. Losses will occur, you will make mistakes, bump up against your limitations, fall short of your ideals. This is the human condition, a reality shared by all of us. Dr. Kristin Neff"It's almost a bad thing to have that kinship or equality with everyone else. Feeling you're much better than average creates a distinct sense of separation and competition between you and others, a sense of distance, and for many it leads to narcissism. Self-esteem so often hinges on winning and is contingent on the attention and approval of others."

Not surprisingly, people who employ self-compassion also tend to show more compassion for others. In fact, says Neff, one of the best ways to dissect and describe the experience of self-compassion is to think of what compassion looks like when you see it in another person.

"When you have self-compassion and something awful happens to you," says Neff, "you're able to step back and say, 'Yes, it's very difficult, what I'm going through right now, and I'm going to acknowledge and feel this grief, but there are many other people who are experiencing much greater suffering. Maybe this isn't worth getting quite so distraught about.'"

In 2005, Neff completed two studies examining the role self-compassion plays in how college undergraduates set academic goals and cope with perceived academic failure. Findings indicated that students reporting high levels of self-compassion freed themselves from harsh self-criticism, self-doubt, isolation and over-identification with undesirable outcomes. Learning improved because students were able to focus on mastery of the material rather than fretting about performance evaluations. The studies suggested that self-compassion is associated with overall lower anxiety levels and that self-compassionate students are more likely to use adaptive, beneficial coping strategies when faced with academic failure.
Ways to Increase Self-Compassion

* What would a mother say to her child if she wanted the child to grow and develop?
* How will I learn and grow if it's not OK to make mistakes?
* Can I feel my feelings of pain without getting lost in the drama or storyline of my situation?
* Can I fully accept this moment and these emotions as they are without suppressing, resisting or avoiding?
* Isn't it true that I am not the only one going through such difficult times and that all people experience things like this, or worse, at some point in their lives?

With so little empirical examination done in the field of self-compassion, Neff has more than enough fodder for research. In Neff's Self-Compassion Research Lab, she and a group of graduate students are investigating the relationship between self-compassion and public speaking anxiety, as well as self-compassion in adolescents. Pittman McGehee, a graduate student in the lab, will be conducting a self-compassion retreat for high school students at St. Andrews, a private school in Austin, and examining whether the retreat improves well-being over time. Neff also is teaching self-compassion workshops for clinical psychologists around the country and developed a self-compassion Web site that's filled with tips, research, a self-questionnaire, links to helpful Web sites and reading suggestions for anyone interested in the topic of self-kindness.

As someone who meditates and practices Buddhism, Neff feels the benefits of self-compassion and a balanced, in-the-moment mindfulness in her own life. In fact, she could be a spokesperson for the saving power of self-compassion when you face life-altering challenges.

"Four years ago when my son Rowan was two and a half we found out he had autism," says Neff. "I processed a lot of the same emotions other parents experience when they get that news--I would sit on a playground or in a restaurant or be at a store and look at all of the moms with their 'perfect' kids and wonder why in the world I had been visited with such tragedy. Why couldn't I have had one of those perfect, healthy, whole children? Was that too much to ask? How was I going to handle this?

"My husband and I supported and nurtured one another, of course, but it becomes essential for you to be able to give yourself what you need as well. I began very deliberately to give myself compassion, nurturance and soothing. I didn't try to tell myself that the situation with which I was dealing wasn't difficult, and I gave myself time to feel grief, despair and anger. Then I started to think about how all families have issues and difficulties related to their children at some point in life, even if their children are 'normal' and healthy. I began to see us as just another family and Rowan's autism was just one of the unique features of the fabric of our family, not a punishment or defeating disaster. I started feeling a connection with other families rather than isolation."

If you believe in karma, you'll say that the universe has been smiling on Neff and her family for the past couple of years. After discovering that riding horses seemed to open up avenues of communication and interaction with Rowan that nothing else had similarly accomplished, the family took a trip to Mongolia last year, riding on horseback from healer to healer, shaman to shaman, across the broad Steppe and into the forests of Siberia. (In many cultures, shamans are believed to draw on ancient traditions of healing power and communicate with the spirit world.)
Kristin Neff's husband Rupert Isaacson and son Rowan
Kristin Neff's husband Rupert Isaacson and son Rowan.

As Neff describes it, the experience was transformational for not only five-year-old Rowan but also for her husband Rupert Isaacson, a journalist and international human rights activist.

Rupert wrote a book titled "The Horse Boy" about the trip to Mongolia and the larger experience of raising Rowan and produced a documentary, "Over the Hills and Far Away," about it that's been submitted to the Sundance Film Festival.

"We have been absolutely stunned by the positive reception for the book and documentary," says Neff. "We received an incredible publishing deal for the book and it will be out next April and be featured on talk shows and available for sale everywhere. We haven't heard back from Sundance yet, but we're hopeful about the documentary being accepted as well.

"Because of the positive effect that horses had on Rowan, we're starting a riding school and intervention center outside Austin called New Trails Farm, and it will be for children with autism and their families. We've started a non-profit called The Horse Boy Foundation to raise money for scholarships for children with autism who may not be able to afford the tuition for special schools and therapy."

Neff is also writing a book about self-compassion titled "Self-Compassion: The Key to Human Happiness," that will be widely released by Harper Collins and on bookstore shelves in 2010.

"My husband and I believe that with self-compassion, you can take most anything that's painful and transform it into something positive, and this shows in how we raise our son" says Neff. "Rowan's not a problem that needs to be 'fixed' or a tragedy that I must endure.

"He's a beautiful, intelligent, creative, very charming and cool little boy. He's a whole person, and I might not have realized that and been the kind of parent to him that I should be if I had become lost in self-pity and anger. You're going to have painful experiences--absolutely every one of us is--are you going to turn them into something healing or are you going to let them destroy your life?"