Truth or Denial in the Age of Information Overload

Truth or Denial in the Age of Information Overload
Thursday, January 17, 2013 19:28
by Zen Gardner

A lot of people are getting more frustrated than ever with either trying to wake people up, or just witnessing the apparent absolute ignorance of people not being able to notice what’s really going on around them. There are many reasons for this, and it’s an age old problem.

In today’s world, it appears it’s because things are crystallizing so fast and the flow of changing information coming at people is so massive it can barely be processed anymore by the lower density mind. True to some extent.

You’ll soon see that doesn’t hold up when it comes to consciousness.

But as a result of this onslaught people just shut down. In spite of so much Truth being more readily available than in any other time in history people still choose to close their eyes and ears. This info-barrage is no excuse for anything, but it’s part of the reality of the effects of this swirl of accelerating craziness that’s spinning around us.

And that’s just what’s on the mental, informational surface. Vibrationally and spiritually things are even crazier as the Matrix and its inter-dimensional minions furiously fight against the natural progression of change and advancing energetic waves of Truth our world is experiencing.

All this may not appear to be an improvement to many following this recent galactic alignment and change of ages, but despite the chaos getting loosed on the world we are definitely moving towards a much greater conscious state of awareness and energetic power. It’s getting free enough to see and experience all this that’s the major issue at hand.

Don’t let the confusion and chaos fool you. Keep your ship steady as she goes. It’s all a transition, but man the helm diligently. This is the real deal and it’s about to get very personal if it hasn’t already.

Testing Times Are Times of Choice

It’s a very challenging dynamic we’re all facing at this juncture.  And I expect it to get even wilder and more confusing by the day, especially to the unwary. And this increased fury of change is causing basically two reactions. We either open up to new and more fulfilling options for our lives, or we duck and cover and adopt the state sponsored party line for seeming safety and security.

It appears to be that simple.

The preponderance of the population is apparently shutting down and hiding from this seeming informational onslaught. They are actually happy the state propaganda machine pablumizes everything into a nice, warm, sugary goo. After all, it’s easier, and easier is better, right? Like eating cheap toxic processed fast food instead of real, living food. “We’ll worry about that healthy stuff later. You can’t expect me to eat consciously and study what’s in stuff all the time. Surely it can’t be that bad if the FDA has approved these foods and additives. And the media might not be perfect but they’d never outright lie to us…” blah blah.

Little do they know. But intentional ignorance is of course no excuse either. Even the slightest bit of critical thought could open the floodgates to the Truth but the subconscious awareness that there’s way more behind the wizard’s curtain than they care to know about keeps them squeezing their eyes shut.

Look at Sandy Hook-winked. If people knew the depths the Powers That Be sink to put on such elaborate murderous schemes and the many strange goals accomplished during these high profile rituals it would make their heads spin. So what does the media controlled world do? Nothing. Not even admit one iota of contrary evidence, be it others arrested on the scene or any contradictory stories that don’t toe the party line.

And on top of that they demonize anyone who not just proposes opposing information, but dares to question the lack of evidence to support anything that happened as the public was told! Anyone smell 9/11 here? Not a bad comparison really, an emotionally charged and fact-bereft media story that has just the right desired effects.

Always ask, Cui Bono? Who benefits? Apply that across the board.

But the time to pay the fiddler is nigh. Personally and collectively.

Even the Back Burner Is Boiling Over

There’s one thing people aren’t counting on. In this energetically enlivened time everything gets activated. Even the pots put on the back burners are boiling over and there’s no ignoring these suppressed issues any longer. You can’t stop the energetic changes any more than you can keep the waves of Truth like waves of the ocean from hitting the shore.

And despite all this jacked up confusion, people subconsciously realize to wake up and challenge any one of these major issues might mean having to see and therefore react to other issues or questions. It might mean changing their whole understanding of life which would take them to new, uncomfortable places.

For those trying to put off these uncomfortable realizations, it’s gonna get a heck of a lot more uncomfortable as well as confusing for those who don’t get honest about what’s before them and rise to the challenge, believe me.

All or Nothing at All – Beware the Vortex

It’s really becoming all or nothing at all when it comes to the fundamentals of Truth vs. the Lie in people’s lives. Those that shut down and close their eyes and ears to the Truth are forced into the only other option: the one touted by the mainstream media/religion/intellectual mantra and enforced by the matrix. And its end is death..spiritually, mentally, emotionally and physically.

The vortex of this false world is way too strong for anyone to be anywhere near the big lie with little compromises to not get sucked into the whole morass of deceit. We’ll all be shedding more and more cherished baggage as the storm picks up.

It’s very simple knowing what to do. Arm yourself with Truth and Love and detach from the Lie any and every way you can. Any compromise is going to cost more than it ever did before. As the wind picks up even the smallest bit of debris becomes increasingly hazardous. Same with attachments. The smallest thing can bring us down if we’re off guard and playing too near to the snare of the matrix.

The battle before us is overcoming the fog machine that brings on excuses, indifference, apathy and confusion, all very “reasonable” causes for inaction and keeping wrong attachments. That we’re being absolutely hammered with false informational overload is a given. The wonderful part of the equation is the good informational field that’s intensifying at the same time.

Stay alive, alert and detached. The only way to process this burst of false information is to step back, see yourself as consciousness having an experience called “you”, and then process it and act or not act accordingly.

Such is the way. A great default that always works for conscious warriors. 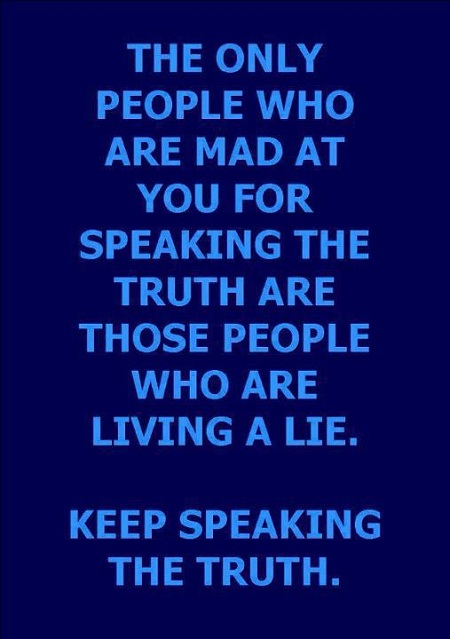