The diagram on the left - the profile of the human head outlined in red with an 'arrow' stuck in it - is not a design for a sleek new cell phone head set or a brain implant for turning a human into a remote controlled slave. It's a detail from the 1941 blueprint for Heinrich Himmler's Spear of Destiny. Like the diagram of the brain on the right, it too points to the location of the pituitary and pineal glands. What's up with that? Read on.

According to legend, the Spear of Destiny is said to be the spear used by the Roman centurion, Longinus, to poke the side of Christ upon the Cross to make sure he was dead. This act fulfilled a biblical prophecy concerning "messiah" [Psalm 34:20]... but one of the soldiers pierced his side with a lance, and immediately there came out blood and water. Either Joseph of Arimathea or Mary Magdalene collected these mystical substances in the 'Holy Grail' after which it, along with the other utensils involved in the Crucifixion - the Spear, the Purple Robe, the Reed Wand and the Crown of Thorns - disappeared.

Only the Spear of Destiny has supposedly ever been found. A young Adolf Hitler became entranced by the aura of the Spear while it was on display in Vienna. A guide told him the legend that whoever possessed it would control the destiny of the world. Hitler became an avid researcher of Spear lore. When he rose to power in Germany Hitler annexed Austria in 1938 and retrieved the Spear for his own.

Hitler surely knew the medieval relic he retrieved was not the actual Spear. Heinrich Himmler also knew it was not the real Spear. As evidenced by the design of his Wewelsberg complex - the symbolic seat or center of SS power - near Paderborn in Westphalia, Himmler believed the Spear was something far more profound. Named for the legendary spear that pierced the side of Christ on the Cross, the number two Nazi envisioned his Spear of Destiny as an SS nerve center where Supermen would be trained to rule the world.

In my July 22 blog I compared the design for Himmler's Spear of Destiny at Wewelsberg in Germany, with a diagram of mystic Mount Meru from a 2nd century Chinese manuscript. Meru was known as the 'cosmic axis', the 'ladder to heaven' and 'the center of the world'. To modern scientific eyes, this particular Meru diagram is a blueprint for an atom smasher or particle accelerator. Why Himmler chose this design when most believe the Spear of Destiny was a Roman lance is an unsolved mystery. Meru (left and center). The apex of Himmler's Spear of Destiny (right).

At the apex of both diagrams is a triangular shape. The tip of the Meru diagram symbolizes Shambhala, the gateway to the ethereal realm of the immortals. The tip of Himmler's diagram is Wewelsberg Castle.

The Meru diagram obviously resembles a human spinal column with the pelvic area being the circular base and its central pillar the vertebrae. The triangular apex, Shambhala, corresponds with the human brain.

Himmler's Spear of Destiny looks nothing like the human skeletal system. However, Wewelsberg was the 'occult brain' of the SS. It was the model for the Nazi castle where Indy's father, played by Sean Connery, was held hostage in Indiana Jones and the Last Crusade. Thousands of rare volumes on Holy Grail lore, ancient Germanic mythology and other esoteric topics were collected in its libraries. The SS was modeled on the Teutonic Knights, with harmonics of the Knights Templar who were thought to have custody of the Holy Grail mixed in. SS building project at Wewelsberg, 'Heinrich Himmler's Camelot'. This castle is at the tip of Himmler's Spear.

Here are a couple of the models of the complex from the early 1940s. A 3-D model which clearly shows the Spearhead effect intended by Himmler's chief architect, Bartels. The tip of the spear is the Wewelsberg castle. Side view of the 3-D model of Himmler's Grail castle.

My thoughts on the Spear and its resemblance to Meru and Meru's resemblance to a particle accelerator caught the attention of Mike from Columbus, Ohio, who sent the graphic above and the accompanying email. With his permission I've copied it here:

I just finished listening to your interview on Coast to Coast (with Ian Punnitt on August 4, 2007) streamlink. I have been following your work for some time now and I must say when combining it with my own personal spiritual practices and beliefs it all fits together so well and has changed my life in ways I cannot describe. The ways in which you connect the dots - however extreme they may seem or sound - resonates within me as if it is striking some deeply buried chord. A cosmic confirmation so to speak. I am exhilarated to say the least.

Anyway, I was looking at the pictures on your space and in particular the image of Himmler's spear of destiny which appears to be a birds-eye perspective of an area with a road (the spear) coming into the central part of this circle. The first thing I saw in this image startled me out of my skin! It appears to me to resemble a profile of a human head in which the Spear of Destiny is actually a marker pointing to a particular spot within the head. If it is looked at in this way, the arrow points exactly to the spot where the pituitary gland would reside within the brain! We know both the pituitary and pineal have long been linked to one another and the foundry of mystical states.

I don't have to go into the implications of this as I know you are familiar with the Buddhist Rainbow body of light, Graham Hancock's work in "Supernatural" and Terence McKenna's prolific and revolutionary infoknowledge he so blessed upon us before continuing his journey into the beyond.

I do believe that the secrets we so avidly seek lie within particular states of human consciousness. Rick Strassman's book "DMT The Spirit Molecule" is an amazing example of this train of thought and also points to the center of the brain and particularly the pineal gland and its function of producing The DMT secretion for entering/experiencing these states of spiritual consciousness. If you have not read it I think you would find it most intriguing. All of this lends credence to the idea of climbing the 7 steps to crown chakra heaven. I would love to attend one of your workshops concerning the Light Body Effect there in Nashville. I have been to the park and heard the "voice in the head" which completely blew me away - but it would be a treat to get the walk through with your knowledge added to it. Once again William I am grateful for the work you are doing - it has helped me in many ways - and others I know as well. I'm meeting more and more people who are turning onto your work. These are definitely exciting times we are living in!

I include a side by side comparison I created for further study on what the Spear of Destiny is pointing to."

Mike's email and his perceptive graphic hit me right between the eyes. It prompted me to look at Himmler's Grail complex in this astounding new light. I have a few thoughts of my own to add to this conversation about the pineal and Himmler's Spear of Destiny.

First, Rene Descartes referred to the pineal gland as "the seat of the soul". It's often referred to as "the third eye". It is believed by some to be a dormant organ that can be awakened to enable telepathic communication or an 'uplink' between this realm and higher realms. Science has recently discovered that the pineal is covered with crystalline structures called calcite microcrystals (pictured below). Calcite microcrystals on the pineal gland under a scanning electron microscope. (PDF) On the left is a photo of a human pineal gland. On the right is the north tower at the tip of Himmler's Spear of Destiny, which corresponds to the location of the pineal. They certainly resemble one another.

In the great North Tower of Wewelsberg Castle, which is strangely similar to the pineal gland in shape, 13 SS knights were to gather in ritual. Below their feet, in the crypt beneath the tower, would burn a sacred fire.

All who have pierced the veil of the Grail mysteries (including Piercevail) learn that the object of the Grail Quest is to raise our inner fire - the illuminating serpent of kundalini - up the Spear or Rod of Power, the spinal column, to the brain. Upon reaching the pea-sized, pine cone-shaped "mystery" pineal gland at the center of the brain kundalini's fire fuses the pineal's brain sand and makes or manufactures the Stone of the Wise. This Stone emits or secretes an elixir - the Secretion of the Ages - that purifies the body, transforming it into a super-human.

In his book, The Spirit Molecule, Dr. Rick. Strassman states that, in addition to melatonin, the pineal secretes a psychedelic chemical called DMT. His case studies are loaded with astounding stories of an another realm experienced under the influence of DMT. These testimonies include contact with otherworldy beings and locales and knowledge of the underlying unity of all that is.

Most who acquire knowledge of this underlying unity use their awareness to spread the Power of Love in the world. Others perceive this knowledge as the ULTIMATE FORCE and, motivated by the Love of Power, seek to make superhuman warriors and weapons systems with this awareness. This explains Himmler's interest in this discipline.

In Grail lore, the white dove is the bringer of the Holy Stone, which is referred to the in book of Revelation as 'the white stone' (meaning 'pure' stone). This stone will enable the initiate to see Christ and the other superhuman light beings in the Land of the Living. In the painting shown here commissioned by Manly P. Hall we see the dove of the Holy Spirit in the place of the pineal gland. The Opening of the Third Eye, Mihran K. Serailian. This painting of the head of Minerva shows, in part, the activities of the pineal gland and the pituitary body at the time of the opening of the third eye. The kundalini fire is seen rising upward through the spinal canal into the shape of a dove. The pineal is shown radiating a blue aura. Calcite Microcrystals are growing now on our Pineal Gland. It's time for our awakening soon. 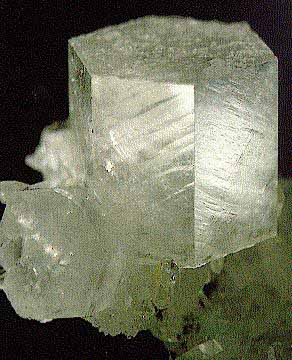 Calcite is a carbonate mineral and the most stable polymorph of calcium carbonate (CaCO3).

Permalink Reply by Kihanyaking on July 3, 2009 at 4:07am
Alright, so does anybody know how to go about opening the third eye? or raising the Kundalini etc etc?

Permalink Reply by Kihanyaking on July 3, 2009 at 4:09am
Ok ok, I know the answer will be 'let's wait for the crystals to form...which will be soon. Arrrrgh 'soooooooooon?'. Cman!!

Permalink Reply by Besimi on July 3, 2009 at 1:25pm
...very ''soon'' ,we will get tired of the word ''soon'', ...and that will be ''soon'' ..ahahha :):):).
...patience guys and girls,
-----I have read materials on the past about these times saying: you will go out of patience,you will be very discouraged,less and less hope ,more and more frustrations ect .
-----But than and only than ,the real changes and miracles start unfolding. ...cause we aren't being able to see the big picture yet. we only feeling the discomfort. .but things are working it's way , anyway. ...Love.