All that was hidden is being revealed. We encourage you to share your findings with each other. You will not see mention of this on mainstream television as yet. The media is not allowed to give you the full picture of what is actually happening. Those with eyes to see, can see for themselves that the Cabal is in trouble. They are in shock; they cannot believe that their plans for 2012 will not now be realised. Greater forces than theirs are preventing them from starting World War 3. They are having to accept the fact that they are not invincible, after all. To save face, they now want you to believe that they have changed their plans, that they now plan to attack Iran in the Spring. Well . . . we shall see what transpires in the Spring, shall we? They failed to recognise that when intelligent people wake up and see clearly what is being done to them, they come together and call for help. Their request has been heeded and help has been forthcoming from all directions. Just because you do not see it on your TVs, does not mean that you are not being rescued from the terrible fate that the Cabal had planned for you.

There is no honour among the Cabal. They turn on each other, every day now, thus exposing more and more of the corruption in which they are involved. April will prove to be an interesting month. The floodgates are opening. You will have to deal with the real truth. The first reaction of the general public will be to become angry. I ask that you rise above it as anger will only delay matters. You will have to face some terrible truths about what has been done to mankind; to your DNA, to your brain, etc. All this will be put right. You will be fully restored. What you had accepted as reality will change completely. The time has come for the suffering to stop and for peace to reign once more. There are groups of people all over your world, ready and equipped to take over from the corrupt. It has taken some years to put everything in place. The evil perpetrated on the human race will shock those who are not yet awake.

The Intensive Course on Sacred Geometry which you did last week, was most beneficial, as well as enjoyable. As more people link with their true identity, through Sacred Geometry, etc., they will free themselves from the tyranny of the Cabal. I know that you want to quote from the book WORLDBRIDGER, so please do so, my dear.

"Humanity is a genetic experiment, an immortal race trapped in a mortal paradigm, a solar race locked in a lunar reality, a stolen race on a stolen planet.

"The corruption lies in the mutant matrix, in the systemic failure of Earth's governing functions and the loss of evolutionary symbiosis that occurred when this parasitic species electromagnetically disconnected humanity and its mother planet from the divine immortal continuum, setting Earth on a course of terminal decline.

THERE WAS NO "FALL" WE WERE PUSHED.

"AS THE PROGRESSIVE REVELATIONS UNFOLD, SO TOO DOES A HOLONOMIC TEMPLATE FOR THE RESTORATION OF THE FULL HUMAN BLUEPRINT AND A NEW MODEL OF EXISTENCE; A TEMPLATE TO RECOVER HUMANITY'S RESONANCE WITH GEOMETRIES OF LIGHT, RETURNING US AND OUR PLANET TO THE HOLISTIC SPACE-TIME CONTINUUM."

This is what you have returned to Earth to bring about. You will succeed; never again will humanity be allowed to be reduced to this level of existence. Never again will human beings be hungry or homeless or live in squalor. All men will be equal, as they are before God. All this will be achieved peacefully and with as much dignity as is possible. Never stoop to the level of the Cabal, it is not necessary.

Do not doubt for one moment your ability to restore humanity and planet Earth. It is just a matter of everything falling into place when the timing is right. 2012 was the year chosen for all to be put in place, then man will learn who he is and what he is capable of. All the information is readily available, it's up to each of you to prepare for this great transition.

The energy of your world is re-awakening. It is releasing pure energy once more. Believe only those you trust. Go with your gut instincts. The Cabal will try to use natural changes to cause fear. Remember that fear is the oxygen of life to them. They need you to be in fear.

They are to be pitied. 2000 years in the planning and now they see it falling apart and they are powerless to change it. They will have to answer for the human suffering they have caused in that time. Humanity will be their judge. Sadly, humanity fell into the traps which were cleverly set by the Cabal, all those years ago. Man has since learned some hard lessons. Now that people are becoming more aware every day, they want an end to the rule of the Cabal. The time has come for the 99% to step forward and reclaim what is rightfully theirs. The plans of the Cabal are so EVIL — way beyond anything humanity could imagine. It will be difficult when all this comes to light. It will cause distress to all those who had trusted and revered them.

Look forward to peace and to learning your real history. You will learn the truth about your world. You will learn when and how it was led astray and the evil intent of those who set their plans in motion. You live on a prison planet. Look with love in your hearts to a life of freedom, the like of which you have never known.

There is nothing to fear as the battle is won. Together, we will shine the bright light of love on your Earth. Talk to each other. Share your thoughts, your hopes and your dreams, and soon they will become reality.

I remain your adoring, Monty. 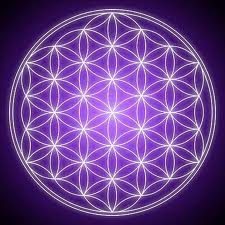 "Talk to each other. Share your thoughts, your hopes and your dreams, and soon they will become reality."