Mahmoud Ahmadinejad revealed to have Jewish past ???

Mahmoud Ahmadinejad revealed to have Jewish past


A photograph of the Iranian president holding up his identity card during elections in March 2008 clearly shows his family has Jewish roots.

A close-up of the document reveals he was previously known as Sabourjian – a Jewish name meaning cloth weaver.


The short note scrawled on the card suggests his family changed its name to Ahmadinejad when they converted to embrace Islam after his birth. 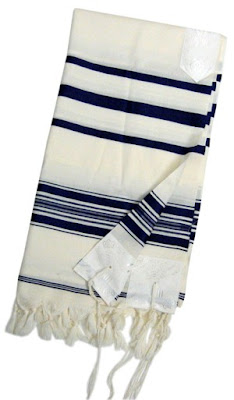 The Sabourjians traditionally hail from Aradan, Mr Ahmadinejad's birthplace, and the name derives from "weaver of the Sabour", the name for the Jewish Tallit shawl in Persia. The name is even on the list of reserved names for Iranian Jews compiled by Iran's Ministry of the Interior. 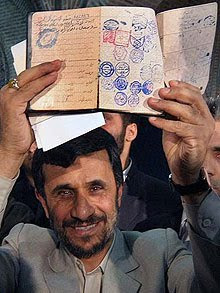 Experts last night suggested Mr Ahmadinejad's track record for hate-filled attacks on Jews could be an overcompensation to hide his past.

Ali Nourizadeh, of the Centre for Arab and Iranian Studies, said: "This aspect of Mr Ahmadinejad's background explains a lot about him.

"Every family that converts into a different religion takes a new identity by condemning their old faith.

"By making anti-Israeli statements he is trying to shed any suspicions about his Jewish connections. He feels vulnerable in a radical Shia society."

A London-based expert on Iranian Jewry said that "jian" ending to the name specifically showed the family had been practising Jews.

"He has changed his name for religious reasons, or at least his parents had," said the Iranian-born Jew living in London. "Sabourjian is well known Jewish name in Iran."

A spokesman for the Israeli embassy in London said it would not be drawn on Mr Ahmadinejad's background. "It's not something we'd talk about," said Ron Gidor, a spokesman.

The Iranian leader has not denied his name was changed when his family moved to Tehran in the 1950s. But he has never revealed what it was change from or directly addressed the reason for the switch. 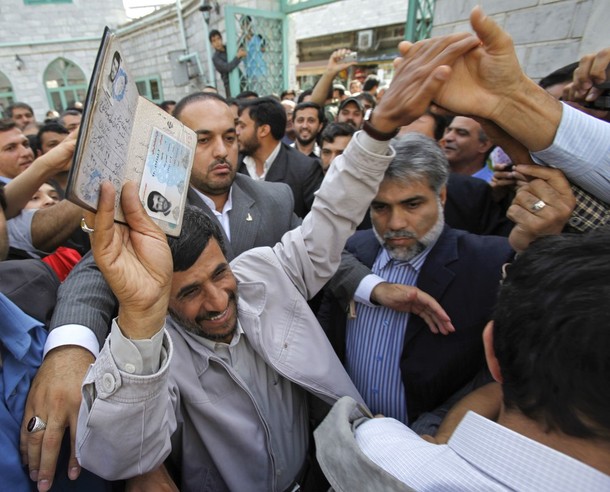 Relatives have previously said a mixture of religious reasons and economic pressures forced his blacksmith father Ahmad to change when Mr Ahmadinejad was aged four.

The Iranian president grew up to be a qualified engineer with a in traffic . He served in the Revolutionary Guards militia before going on to make his name in hardline politics in the capital.

During this year's presidential debate on television he was goaded to admit that his name had changed but he ignored the jibe.

However Mehdi Khazali, an internet blogger, who called for an investigation of Mr Ahmadinejad's roots was arrested this summer.

Mr Ahmadinejad has regularly levelled bitter criticism at Israel, questioned its right to exist and denied the Holocaust. British diplomats walked out of a UN meeting last month after the Iranian president denounced Israel's 'genocide, barbarism and racism.'

Benjamin Netanyahu made an impassioned denunciation of the Iranian leader at the same UN summit. "Yesterday, the man who calls the Holocaust a lie spoke from this podium," he said. "A mere six decades after the Holocaust, you give legitimacy to a man who denies the murder of six million Jews while promising to the State of Israel, the State of the Jews. What a disgrace. What a mockery of the charter of the United Nations."

Mr Ahmadinejad has been consistently outspoken about the Nazi attempt to wipe out the Jewish race. "They have created a myth today that they call the massacre of Jews and they consider it a principle above God, religions and the prophets," he declared at a conference on the holocaust staged in Tehran in 2006

Permalink Reply by Besimi on September 28, 2010 at 5:07pm
Something is very suspicious about this guy Ahmadinejad ,although brave charming one :) !!!.
He goes in and out the UN ,freely . He appears on CNN,and even Fox News freely , ...He goes every where freely !!! ????.
- I wonder why Sadam Husein ,and others with ''WMD's '' to ''destroy'' USA and Israel ,could Not be able to move so freely ?.
...........Are they allowing Him to speak against West ,in way to have a reason ,to attack Iran or worse ?
...........Or He is ,one that He says he is, ...jewish hater ! ...usually Jews aren't known to hate their own roots, convertet or not.
--- I know from some sources,that there are Jewish people in the government of Iran,disguised as muslim shiites,and do not hasitate to trade their ''own'' people ,if ordered to do so,by those that they have allegiance to.
...Just like, there are Arab ''muslim" Royals ( Arabian Kingdom) ,who have allegiance to other Royalties ,an not to their ''own'' muslim people. They have Harems (young girls belly-dancing ,almost nude in front of them) ..while other muslims outside the Royal Walls ,keep veil/covering their women almost completely.
- Well Discernment is still Highly advised,as these dark perpetrators use all kind of forms to stay in power and cause more mess or confusions.
*** Keep on spreading The Love,cause Love is The Greatest Power/Weapon against Darkness, Is just The Oposite side of Darkness***

Permalink Reply by Saiguest on September 29, 2010 at 3:20pm
Ah I remember when this guy rigged the elections to get into office, 09 right? Man that country was pissed.