Lock Up Your Daughters ~ by Lynne McTaggart

Where the US leads, the UK meekly follows, and drugs are no exception. Last month the UK launched a major drive to offer the Gardasil vaccine, first launched in America six years ago, for all 11- to 18-year-old girls to prevent some strains of the human papillomavirus (HPV) purported to cause cervical cancer.

The UK government’s official line, as dutifully reported in the press, was that by replacing Cervarix, the HPV vaccine offered since 2008, the UK now had a superior vaccine on offer.

The press pounced on the news as evidence that the old Blair/Brown Labour government had been ‘penny-pinching’ by opting for the cheaper option, when there was this great alternative out there that not only prevented cervical cancer but also genital warts.

There has been much self-congratulation by Professor David Salisbury, the government’s Director of Immunization, about how the UK has put in place one of the best HPV vaccine programmes in the world. “Many women will no longer have to live through the worry and stress of follow-up after screening, including treatment for precancerous lesions,” he confidently announced.

What the UK government isn’t telling you—and what you won’t read anywhere but in the pages of What Doctors Don’t Tell You’s October issue (on sale Monday)—is the true story of America’s experience with the HPV vaccine.

The fact is, the marketing of Gardasil in America and elsewhere represents one of the most reprehensible campaigns in drugs-industry history.

Well before the vaccine’s launch date, Merck and Sanofi Pasteur, Gardasil’s two manufacturers, engaged the services of some top advertising brains to heighten fear in the public mind about cervical cancer.

These modern Madmen unleashed their most potent weapon: a direct-to-preteen ad campaign that made it hip and cool to be vaccinated. They hired celebrities to highlight this growing health crisis. They paid for doctors to attend rallies, demanding the ‘right’ to have a vaccine for this worldwide epidemic.

It’s an old advertising stalwart: invent the problem to sell the solution.

For a time it worked. Merck made an initial killing—until it was discovered that the HPV vaccines are the most dangerous vaccines now on the US market. According to the US government’s own vaccine reporting system, serious injury related to these vaccines is more than double the number of those reported for any other vaccine in America.

During the new campaign this autumn, neither your doctor nor your daughter’s school nurse are likely to tell you about the 100-plus American girls who suddenly and inexplicably died after receiving an HPV vaccine or the thousands more who are permanently bedridden with strange new autoimmune and neurological illnesses.

Or the approximately 9,000 reports received by the UK government of suspected side-effects from Cervarix, one in six deemed serious. In fact, in proportion to our smaller population size, we have reported a higher percentage of side-effects than has the States.

Cervical cancer is not a common cancer in the West. HPV is not a dangerous health epidemic. Ninety per cent of cases of HPV clear up by themselves—as do cervical abnormalities, which have other causes than simply a virus. Vaccines like Gardasil can prevent, at best, a tiny percentage of lesions that lead to a tiny percentage of cervical cancers, when there are safer and more effective alternatives.

Thanks to the websites set up by the parents of damaged girls and other negative publicity, Gardasil flopped in America. Less than a third of eligible girls are electing to get the vaccine over there.

That’s not been the case in Britain. We’re a nation that likes to do what it’s told. Here 84 per cent of girls have lined up to get their jabs, one of the best take-up rates for the HPV vaccine of any nation in the world. That is more likely the reason why Merck put its hat in the UK ring.

When it comes to Gardasil, the US has locked up its daughters. This may be one time to follow their lead. 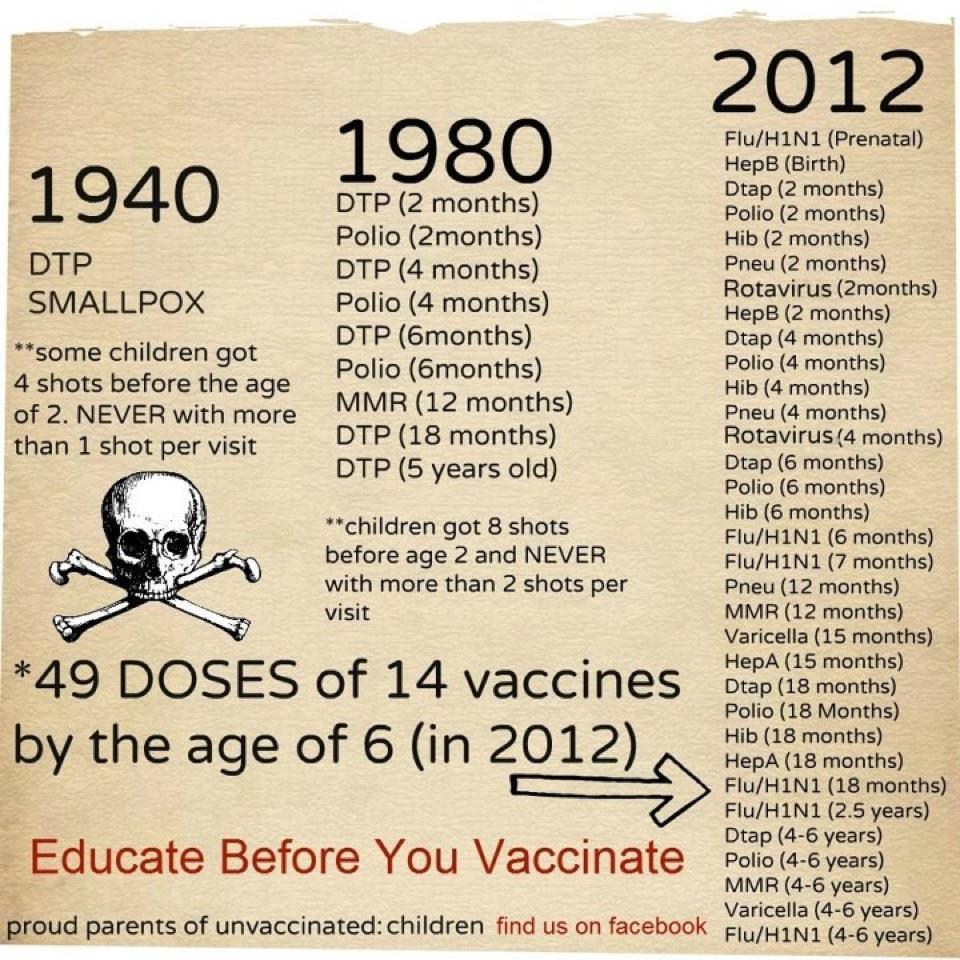 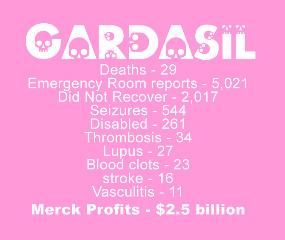