Lets Pray for those who've died and are injured in the Mumbai (India) Terror Attack!!

As I type this the operation to cleanse the place is still underway at three places and at present over a 100 people have been declared dead and over 280 injured. An unknown number of people are still being held hostage by these people. Some top Police officials including the Mumbai Anti-Terrorist Squad Chief have been killed in the operation and presently Army and Navy Commandos and the NSG are carrying out operations at two 5-star hotels. The Taj Palace which is a land mark hotel constructed in 1902 is on fire. The attackers came on small boats by the sea route and were presumably dropped off on high seas. 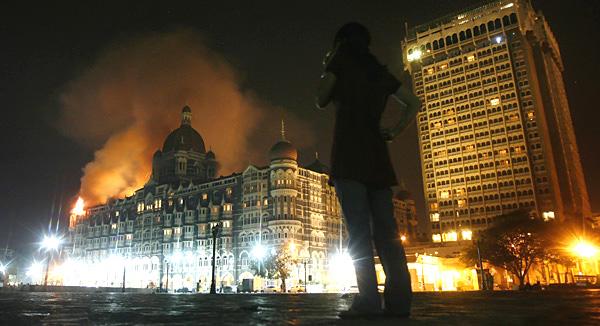 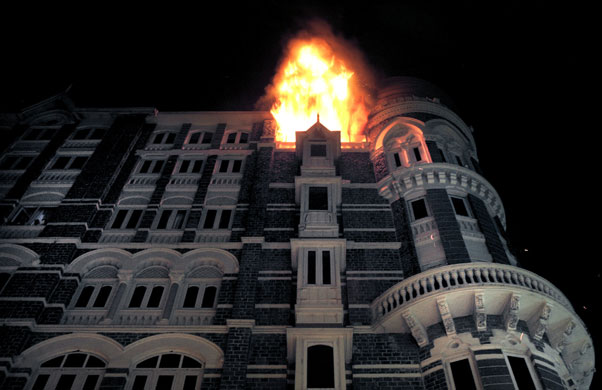 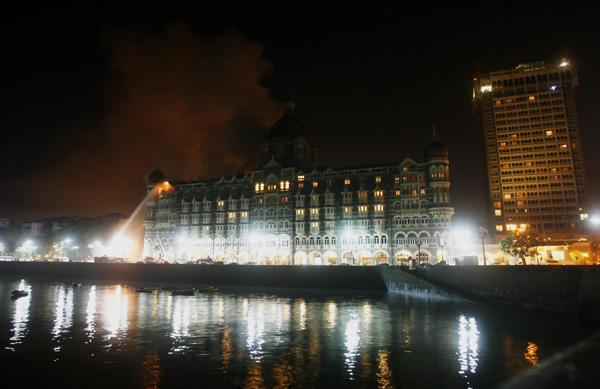 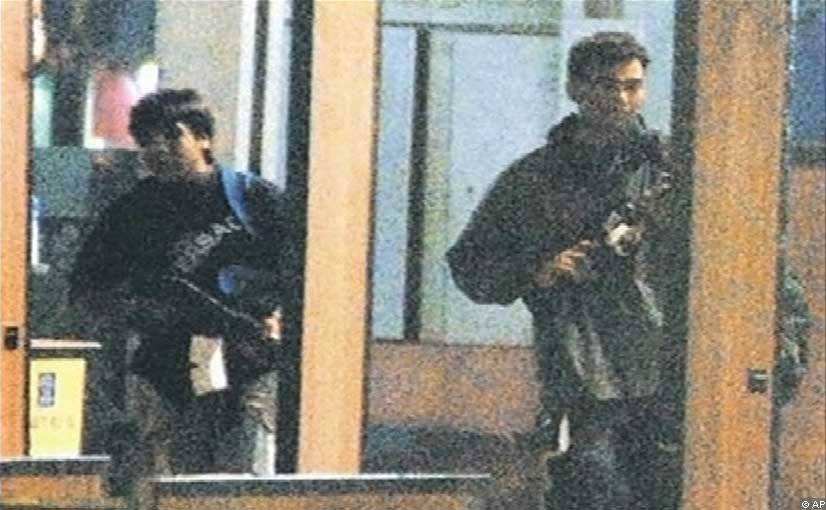 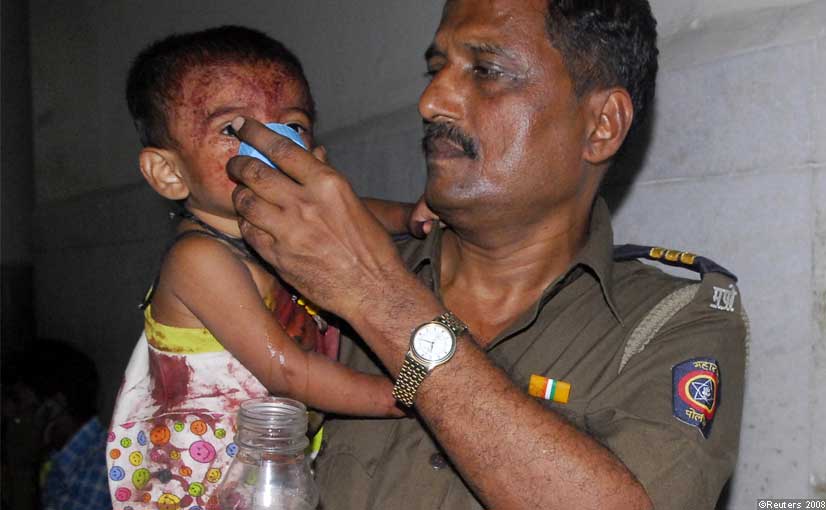 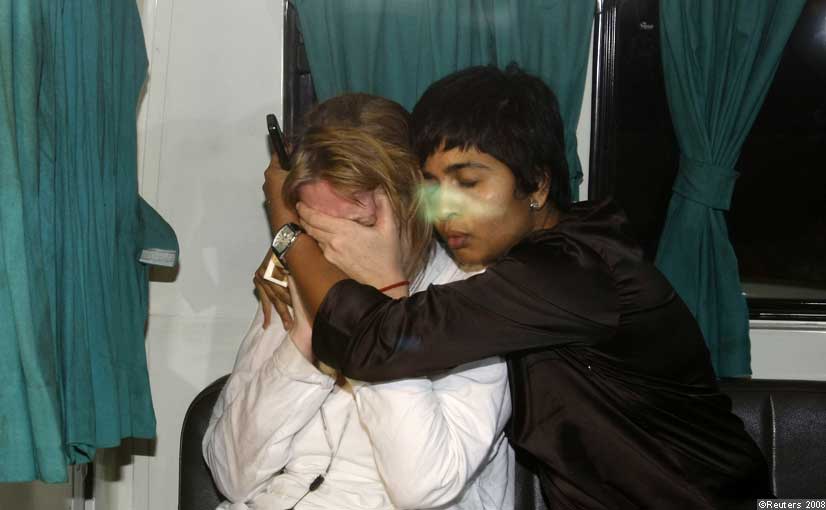 Article below From: http://www.rediff.com/news/2008/nov/27mum-lashkar-0operative-ismail...
November 27, 2008 15:48 IST
Last Updated: November 27, 2008 16:06 IST
Ismail, a Punjabi from Faridkot in Pakistan, was arrested by the Mumbai police on Wednesday night during the terrorist attacks.
Police sources said Ismail is giving his interrogators the complete story of how the sensational terror operation was planned and executed.

He has told the Mumbai police that he has been trained by the Pakistan-based Lashkar e Tayiba, said police sources, giving chilling details of the most daring terror attack on India that has so far killed more than 101 people -- and the horror story is not over yet.


Lets all pray for those who have been slain, injured and some who are still stuck in the cross fire and send them all our Love to get them through this safely.

My prayers are with all of them. Please try and reach out to all those innocent souls who need all our love.

Permalink Reply by Dana on November 27, 2008 at 6:54am
Dear Ravi,
I'm glad you are safe as well. Of course all my prayers for everybody involved.

Much love to all

Permalink Reply by Rebecca Shannon Ling on November 27, 2008 at 7:39am
i agree
one of my countrymen is held hostage
bloodshed begets more bloodshed

i pray for light to shine upon india at this time

Permalink Reply by Simmy on November 27, 2008 at 7:59am
Sending love and light to all involved in this tragedy...

Love and light to you Ravi

Permalink Reply by Maitaki on November 27, 2008 at 7:07pm
So sad..for all this.
My prayers are also with all the families and the children.....so innocent people.

Permalink Reply by CrystalClear2313 on November 27, 2008 at 8:50pm
I will also pray for all those souls in India...
Tonight I will also meditate and send love and light. Very happy to know you are ok my friend
NAMASTE 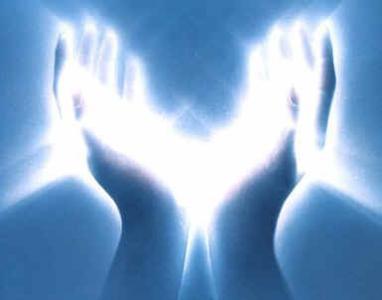 My Light and love go out to the Victims of this Tragedy, I'm imagining millions of little bright white light orbs flying in and around them everywhere. As well as my prayers.

The picture of the little boy, just really got to me i didn't know children were involved in this.

Thank you for sharing this, You know if more and more people understand how much power they really have as a collective we all can really make a huge difference, and really end the suffering in a matter of hours. As well as heal the wounded. 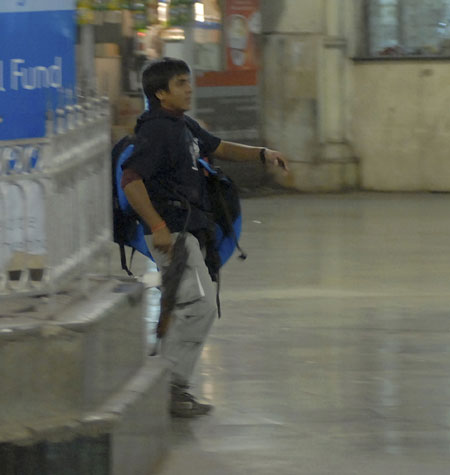 MUMBAI: His swaggering image as he walked around Chhatrapati Shivaji terminus (CST) dispensing death was captured by Mumbai Mirror photo editor Sebastian D' souza, and was the first glimpse of the terrorists who have held Mumbai hostage over the last 48 hours.

Now we can also tell you who this man is and how he has become the vital link for investigating agencies to crack the terror plot.

His name is Azam Amir Kasav, he is 21 years old, speaks fluent English, hails from tehsil Gipalpura in Faridkot in Pakistan.

An ATS spokesperson confirmed that the man captured was indeed the one photographed by us.

On the night of Wednesday-Thursday Azam and his colleague opened fire at CST before creating havoc at Metro and then moving on to Girgaum Chowpatty in a stolen Skoda, and where they were intercepted by a team from the Gamdevi police station . Azam shot dead assistant police inspector Tukaram Umbale.

But in that encounter Azam's colleague was killed and he himself was injured in the hand. He pretended to be dead giving rise to the news that two terrorists had been killed. However as the 'bodies' were being taken to Nair Hospital, the accompanying cops figured that one of the men was breathing.

According to sources, the casualty ward of Nair hospital was evacuated and the Anti-Terror Squad moved in to interrogate him. Azam who was tight-lipped initially, cracked upon seeing the mutilated body of his colleague and pleaded with the medical staff at Nair to save his life. "I do not want to die," he reportedly said. "Please put me on saline."

Ammunition, a satellite phone and a layout plan of CST was recovered from him. According to sources the young terrorist has given the investigators vital leadsincluding how the chief planner of the Mumbai terror plot had come to the city a month ago, took picture and filmed strategic locations and trained their group and instructed them to "kill till the last breath." Every man was given six to seven magazines with fifty bullets each, eight hand grenades per terrorist with one AK-57 , an automaticloading revolver and a supply of dry fruits.

Azam reportedly disclosed that the group left Karachi in one boat and upon reaching Gujarat they hoisted a white flag on their boat and were intercepted by two officers of the coast guard near Porbandar and while they were being questioned one of the terrorists grappled with one of the officers slit his throat and threw the body in the boat. The other officer was told to help the group reach Mumbai. When they were four nautical miles away from Mumbai there were three speedboats waiting for them where the other coastguard officer was killed. All the ammo was then shifted into these three spedboats they reached Colaba jetty on Wednesday night and the ten men broke up into groups of two each. Four of these men went to the Taj Mahal hotel, two of them to the Trident hotel, two towards Nariman House at Colaba and two of which Azam was one moved to CST.

Azam, who was at Nair hospital for nearly four hours, was taken away by the intelligence agencies in the early hours of Thursday to an unknown location after the hospital authorities had removed the bullet from his hand and declared that his condition stable. But it seems the police grilling was so intense that before he left the hospital for an undisclosed location he pleaded with the police and the medical staff to kill him. "Now , I don't want to live," he said.

A British politician barely escaped the siege of the Taj Mahal Hotel in Mumbai. But as he was escaping, Sajjad Karim said one of the gunmen smiled as he started to fire his weapon in the lobby. (Nov. 29)