Did Jews help plan the Holocaust? 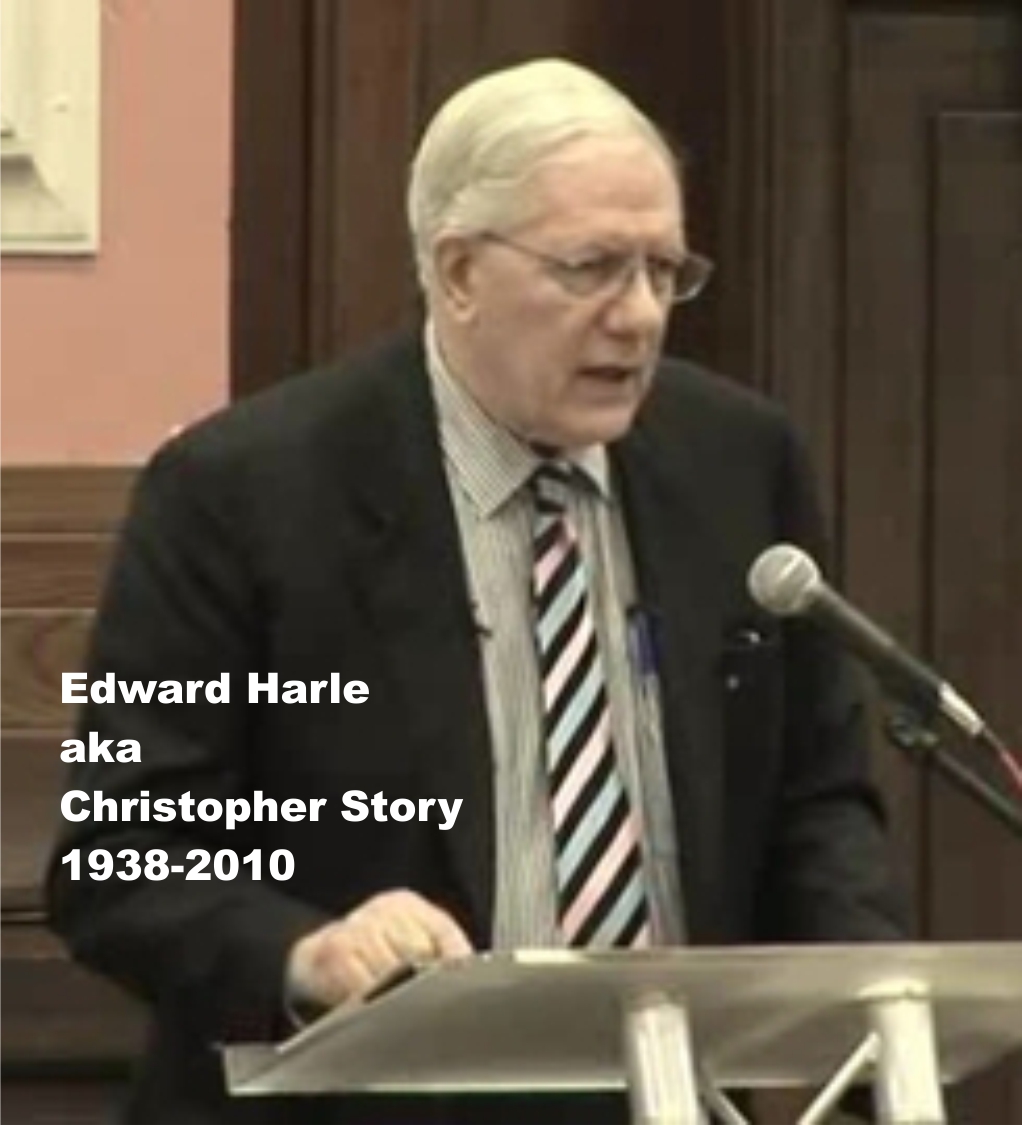 
In 1962, Christopher Story was the only 'goy' working at Jewish banker "S. Japhet & Co." in the City. The Eichmann trial was in the news and Story asked a Jewish co-worker, a "nice middle aged lady," if Adolf Eichmann wasn't himself Jewish?


She replied:" Didn't you know that a Jew's greatest enemy is another Jew?" 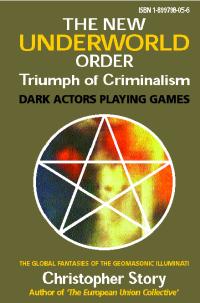 In his 2007 book, the New Underworld Order, Story writes that many Nazis who planned and implemented the Holocaust were in fact Jews. They "sided with the Luciferian German Nazis to exterminate millions of their own race in what amounted to an inter-Jewish civil war and ethnic cleansing operation..." (532)


The motivation? Prevent Jews from disappearing as a nation by tricking them into advancing the Jew World Order by becoming Nazis. He cites the famous article in the Jewish owned "Daily Express" headlined "Judea Declares War on Germany" (March 24, 1933). It states that Hitler "has aroused the whole Jewish people to a national consciousness." (535)


Before Hitler came to power, less than 3% of Germany's 500,000 Jews belonged to the Zionist movement.

We must remember that by the 1930's, 60% of all German Jewish marriages were interracial. See also, Hitler was a Godsend for Israel.

In his book, "Hitler's Jewish Soldiers" Brian Rigg states that 155,000 Nazi soldiers had Jewish blood, including some generals.

One of these generals , SS Lieut. General Horst Hoyer submitted a report in 1952 on the role Nazi Jews played in the Holocaust. Helping plan the "Final Solution" were Jews named Walter Sonnenschein, Zuckerhorn, Spitze, Lowenstein, Gregor and Feckler. Organized Jewry offered  Hoyer 30,000 DM to suppress this report but he refused. He was murdered some years later. (533)

Here are excerpts from his report:

"In all serious hate-filled literature in Germany and elsewhere, one hears only of collective and sole guilt of the German people. However, nowhere does one hear or read of a mutuality of guilt, yes, even that the main guilt falls on international Jewry, as to the fate of the Jewish people in the so-called "final solution".

"In the face of this, I became convinced, and am prepared to reinforce this with an oath that the "final solution" of Jewry (in so far as this concerned wartime Poland under German control, and from my vantage point of view), emanated from official Jewish and German departments (German, "Stellen"). Although attempts, on my part, to name exactly the responsible persons proved futile (however, as we shall see shortly, it could not have been Adolf Hitler), I became convinced that the deliberations of this "clique" took place on the departmental levels in the German Military Transportation Command (German, "Kommandatur") in "Akademizca" (English, "University") Street in Lemburg. (also Lviv or Lwow.)

There, to the best of my knowledge, is where the details of the "final solution" were clearly laid out. Sephardic Jews (see Translator's Note below) could hardly have been victims, for these were taken out of Galicia by the hundreds, as entire families were flown out by the German Armed Forces with their Allies, in connection with the "final solution". Thus, in October 1943, sixteen selected Jews were taken from my labor camp to Lublin and then to the old civilian airport on the Chortower Highway and flown to neutral Spain, to be handed over to the United States, including a relative of Henry Morgenthau, a member of President Roosevelt's cabinet.

From July 1941 to March 1943, I was chief administrator (German: "Vorgesetzter") of some 250,000 Jews, officially organized as the German Four Year War Effort. Our orders included manufacturing army clothing, processing scrap metals, captured war materials and the like. These Jews were paid volunteers. To secure smooth operations, I had to trust "my Jews" as head of departments and keepers of logs. Through them I was informed of all world happenings, even on an hourly basis. This was, for me, incomprehensible and even fantastic. Thus, I got insights which left me speechless, for "my Jews" knew full well, what world Jewry had in store for them and they were as helpless as the German people themselves.


Now for some names. Is Siegfried Langsam, the onetime Austrian officer still alive? Are Walter Sonnenschein and Dr. Wachter with their wives still alive? What about Zuckerhorn, Spitze, Loewenstein, Gregor, Fackler and many, many others? Are they anywhere in the world? If so, let them now step forward and tell their people, as well as the German people, fearlessly, what took place in the Akademizca Street! At the time, they feared world Jewry, putting me in their confidence, didn't they? They pleaded for my help, knowing full well that I was utterly helpless in the face of these underhanded activities. From [Academizca] street in Lemburg emanated actions which neither the German nor the Jewish people, nor the SS, nor the front soldiers knew about, or could have known.

[After a meeting with the Jewish Council of Elders in charge of the Warsaw Ghetto]  an orderly announced, "Officials! Leaders! The gentlemen have arrived." Some sixteen or seventeen serious looking Jews were ushered in, introduced and took their seats around a large oval table. In a festive short hour, recognition was given these Jews with personalized certificates (on white hard paper, 40 by 40 cm). On the left was a large golden national insignia with letters in Gothic and a seal with the original signature of Adolf Hitler.


These certificates assured the full protection of these Jews, their families and properties by the Greater German Reich. Included were words of thanks and blessings by Hitler in the name of the German people. Around this table with its distinguished Jews and in this festive hour, one sensed no hatred, no war and no conspiracy...

Once in our discussions, I was told, passionately, "Our race has to learn to sacrifice!" Later I was told by Jewish Fascists, "Of those here, we shall still let 60% 'bite the dust' before Madagascar [i.e Israel]."


One commentator who read the Hoyer Memorandum said:


"One must be mindful of the intense inter-Jewish tension and contrast, above all between the objectives of the nationally-assimilated Jews and those of world Jewry and Zionism. These divisions are much much deeper than the relationships between believing and non believing Jews...one group of Jews fell victim to another..." (Story, 532)


Recently, I featured evidence that Martin Bormann who signed the cheques for the whole Nazi hierarchy, including Hitler, was working for the Soviets, i.e. Illuminati. In my view, the whole Nazi enterprise was a conspiracy to destroy the German people and trauma brainwash Jews into taking Israel for the New World Order.


The "Jewish Conspiracy" is really the "Half-Jewish Conspiracy." Many prominent members intermarry or are the products of intermarriage. John Kerry is an example. Many are Jewish and many are not. What they all really have in common is loyalty to the Masonic Illuminati Order, which has subjugated the planet by manufacturing war.


Note: In a 1960 Life magazine interview, Adolf Eichmann  described a deal he made with Budapest Jewish leader Reszlo Kasztner who was:

"a fanatical Zionist. He agreed to help keep the Jews from resisting  deportation -- and even keep order in the collection camps -- if I would close my eyes and let a few hundred or a few thousand young Jews emigrate illegally to  Palestine. It was a good bargain. For keeping order in the camps, the price of 15,000 or 20,000 Jews -- in the end there may have been more -- was not too high for me. And because Kastner rendered us a great service by helping keep the deportation camps peaceful, I would let his groups escape" ("I Transported Them to the Butcher," Life [5 Dec. 1960], p. 146).
---

See also my  "Zionism: A Conspiracy Against Jews"  and "Illuminati Hired Hitler to Start WW2"