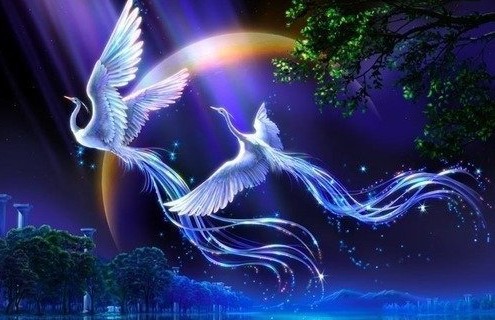 .....people need to be informed,definately. ..and even nothing hapen on that day ...cause something of that nature is gonna happen soon anyway. (according to latest channelings, St. Germain and others). ??? !!!

Permalink Reply by Besimi on June 9, 2011 at 2:24am
ST. GERMAIN (One of His latest post):
'' Now my words are about things that appear materialized in my realm but have not as yet occurred in your dimension, but they are about to. No big catastrophy in the US? Wait - its coming. But my intention in telling you this is to query about your ability to deal with catastrophies, not to cause you angst.

More than 5 million people are going to be affected by my current concern, and when they are about to cross over, I want them to call to the Angels and act like they are Masters. This is how they will go to the dimension they have been preparing for this entire lifetime. More than 5 million in one country is a huge number of humans. Will they all be able to leave in a high consciousness? Can they leave in deep awareness that there is no concern big enough to demand their attention to the details? Only conscious death can get them an ascension.

I am not talking about the mass ascension also being created.. No matter how many ascend during this moment, another 5 million can die during the catastrophies my dimension can actually "see" happening at this moment. Peace and love are our goals. Inner peace and love of all that is cannot go away during an exit of the physical body. All of the lives of our ascension candidates have been leading to these catastrophic details. Not to open a door to more control of the future, but rather, a door to the consciousness that allows for ascension. Keep this in your awareness as you decide whether my words are accurate or not, and know that the cause of my concern is always the highest good for all. ''

On 15th of june, there will be also a total eclipse of the moon. Do you think this is related?

Also my daughter will be six months old on that day, she is born on 15 December 2010, just on or wedding anniversary.

No disrespect to you Besimi,

To be honest I just copied the text + link from the website lightworkers.org and I haven't clicked on the lunarvisons link. How bad!! Sorry about that!

Here is where I got the text + link from: http://lightworkers.org/crystalai (apparently they realized it was spam and there's a message saying they are cleaning the site for spam.

"I think we can all agree that predictions or no predictions...we are in the moment of great change.  I don't think anyone ...human or spirit...can say how things will exactly turn out as the future is always pockets of possibilities...but we do understand that these are times of the earth changes and anything is possible."

Not going to happen.  Maybe we should have a summary or list of all the channels who gave false predictions.

praying that, this is a spam,   ...cause really sounds alarming.

...but as Patricia said,  we are indeed in those Earth Changes, described by so many.

Permalink Reply by Besimi on June 12, 2011 at 6:03pm
'' Although we hope that none of you is apprehensive about the recent predictions of cataclysms, we shall tell you that there will be no 1000-foot tsunami; no celestial bodies will collide with Earth; radiation from Japan’s Fukushima nuclear plant will not cause population extinction; no plague will annihilate most of the world’s peoples; living underground will not be necessary; the fight for freedom in Arab countries will not ignite WWIII. Your desires that none of those will occur are added to Earth’s intention that they will not, and the energy produced in the collective consciousness assures that none of those devastating events can be manifested. '' .......~ Matthew.

Right Simon, cause when you read the message of Mathew from  Suzy Ward, where Besimi refers too ... it is another tune overthere, but I put a link a side wich I remember about Suzy Ward she  had no clear reception of messages, according to another medium that channeled Mathew!!

And now this Crystalai, nice name btw, but people who ain't steadfast in their awareness, don't need this message full of   fear !!

Not going to happen.  Maybe we should have a summary or list of all the channels who gave false predictions.