WHO IS KING OF SWORDS? KOS ... ~ by Elizabeth Trutwin. 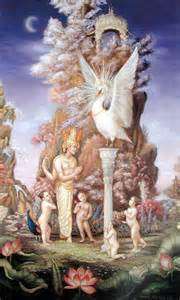 WHO IS KING OF SWORDS? KOS by Elizabeth Trutwin

Sananda as the King of Swords (KOS)

Sananda Kumara with the full template is incarnate now as the King of Swords. He works as one of the heads of the Secret Service at the White House. He is with President Obama protecting his life every single day. KOS and his right hand man, Tom the Ring Tail Cat Paschat stay with Michelle Obama and their two daughters to protect their lives. This has been a very tense last few years because their lives are threatened everyday. The dark cabal know that they are at the end of time and have tried very hard to disrupt The Plan for Ascension. King of Swords and Tom the Ring Tail Cat are both code names. Both of these men are Galactic Humans with full adept abilities. The are fully telepathic with their Sovereign Militia 16 million strong and working in all walks of life all over the world, secretly in order to implement The Plan. All forms of advanced Galactic Technology including phaser weapons and technologies we cannot imagine are afforded to the Sovereign Militia. KOS and Tom the Cat and the Ones they work with are deep undercover agents. They are shape-shifters. KOS is also the Provost Marshall and holds the authority given that office. If you research the head of the Secret Service or the Provost Marshall you will not find him there. You will not find his real name. You will not find one picture or film of him anywhere. After the Arrests, Announcements and Disclosure then he will be there in public. We are at the end of time and there will be no deviation from the Plan until every criminal is removed from the Planet and no one is in danger any more. There are already thousands locked in Ships prisons while their clones continue walking on Earth holding the matrix program together so folks do not suffer fear. The illusion is being held together and will be until the last minute.

KOS is a Navy Seal and a Vietnam Veteran. When he was in Vietnam his Commander gave him an order to kill civilian women and children. When he heard the order he turned his weapon on his commanding officer and shot him dead. He went up the chain of command to those who had commissioned his commander to give this order and he killed them all. When Jehovah commandeered the Niburu carrying the 144,000 Kumaras and Sananda was there watching, He made an Oath that he would be there at the end of the Grand Experiment. This is what was meant in the book of Revelation when they said Jesus will return in robes dipped in blood. The intergalactic war criminals can longer stay on Earth in this end of time. KOS was with George Bush, Jr on the morning of 911 in the classroom in Florida. He watched as George Bush, Jr just sat there for nine minutes after being told the United States was under attack.

From the Book of Revelations:

“11 After that I saw heaven opened, and behold, a white horse [appeared]! The One Who was riding it is called Faithful (Trustworthy, Loyal, Incorruptible, Steady) and True, and He passes judgment and wages war in righteousness (holiness, justice, and uprightness).

12 His eyes [blaze] like a flame of fire, and on His head are many kingly crowns (diadems); and He has a title (name) inscribed which He alone knows or can understand.

13 He is dressed in a robe dyed by [a]dipping in blood, and the title by which He is called is The Word of God.

14 And the troops of heaven, clothed in fine linen, dazzling and clean, followed Him on white horses.

15 From His mouth goes forth a sharp sword with which He can smite (afflict, strike) the nations; and He will shepherd and control them with a staff (scepter, rod) of iron. He will tread the winepress of the fierceness of the wrath and indignation of God the All-Ruler (the Almighty, the Omnipotent).

16 And on His garment (robe) and on His thigh He has a name (title) inscribed, king of kings and lord of lords.

17 Then I saw a single angel stationed in the sun’s light, and with a mighty voice he shouted to all the birds that fly across the sky, Come, gather yourselves together for the great supper of God,

Surely One may surmise the birds that fly across the sky are the many MotherShips which are here to come to the great feast where Ships will land again on Earth when She is a Planet of Peace.

“And I saw another angel coming up from the east, carrying the seal of the living God. And he shouted to those four angels, who had been given power to harm land and sea, ‘Wait! Don’t harm the land or the sea or the trees until we have placed the seal of God on the foreheads of his servants.’ And I heard how many were marked with the seal of God – 144,000 were sealed from all the tribes of Israel.”

When KOS returned to the United States he had a job as a helicopter pilot who reported local news and traffic. He would get 30 seconds as “Anonymous 6″ and he read John Winston’s messages. John Winston is one of the folks who worked in the agencies and got his NESARA blessings in 1996 and got out afterwards. He began to spill his guts and talk of the chemtrails and so did his son. His son was a United Airlines pilot and he crossed one of the mechanics putting the canisters in the toilets and running the tubes out. He was told to forget it. Three days later he was killed.

KOS is a full adept Being and he also travels by StarShip. There is a portal to enter the New Jerusalem right from inside the White House. He and President Obama use this access together. Ashtar visits the Oval Office to discuss aspects of The Plan with President Obama while KOS and his Navy Seals protect the space within and without.

Two former participants in the CIA’s Red Planet visitation program of the early 1980’s have confirmed that U.S. President Barack H. Obama was enrolled in their Red Planet training class in 1980 and was among the young Americans from the program who they later encountered on the Martian surface after reaching Red Planet via the “jump room.” Andrew D. Basiago, a lawyer in Washington State who served in DARPA’s time travel program Project Pegasus in the 1970’s, and fellow chrononaut William B. Stillings, who was tapped by the Red Planet program for his technical genius, have publicly confirmed that Obama was enrolled in their Red Planet training class in 1980 and that each later encountered Obama during visits to rudimentary U.S. facilities on Red Planet that took place from 1981 to 1983. Their astonishing revelations provide a new dimension to the controversy surrounding President Obama’s background and pose the possibility that it is an elaborate ruse to conceal Obama’s participation as a young man in the U.S. Secret Space Program.

According to Mr. Basiago and Mr. Stillings, in Summer 1980 they attended a three-week factual seminar about Red Planet to prepare them for trips that were then later taken to Red Planet via teleportation. The course was taught by remote viewing pioneer Major Ed Dames, who was then serving as a scientific and technical intelligence officer for the U.S. Army. It was held at The College of the Siskiyous, a small college near Mt. Shasta in California. They state that ten teenagers were enrolled in the Mars training program. In addition to Basiago and Stillings, two of the eight other teenagers in Major Dames’ class that they can identify today were Barack Obama, who was then using the name “Barry Soetoro,’and Regina Dugan, who Mr. Obama appointed the 19th director and first female director of the Defense Advanced Research Projects Agency (DARPA) in 2009. As many as seven parents of the ten students, all with ties to the CIA, audited the class. They included Raymond F. Basiago, an engineer for The Ralph M. Parsons Company who was the chief technical liaison between Parsons and the CIA on Tesla-based teleportation; Thomas Stillings, an operations analyst for the Lockheed Corporation who had served with the Office of Naval Intelligence; and Mr. Obama’s mother, Stanley Ann Dunham, who carried out assignments for the CIA in Kenya and Indonesia.

The legal means to take us through this denouement was set in place in 1999 by the ICJ at which time St. Germain and the King of Swords who is the head of the worldwide militia of 16,000,000 men plus 40,000 Galactic-humans, were given the power to prosecute and take such actions as are required to remove the corrupt Ones and to insure that the whole Planet is prepared for upshift of Consciousness and Love. © Elizabeth Trutwin All Rights Reserved. http://ElizabethTrutwin.org