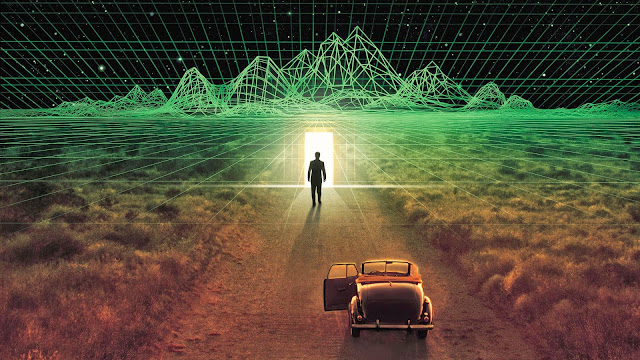 (To read about Jon’s mega-collection, The Matrix Revealed, click here.)

It’s hard to know what a lock is unless you know what a key is, and how they fit together.

In this case, we can pile up many words to describe the lock: the mass of unceasing propaganda that bombards the population; global elites who fully intend to manage the planet as one integrated entity; the assault of toxic medical drugs and environmental chemicals on the human neurological system; the intentionally vapid and indoctrinating educational apparatus; the money-invention structure of banks; the hidden rules governing who, now and in the future, will eat and who will starve, who will have water and who will go without, who will have money who will not.
And this is just the beginning of the list.

But the key that fits into the lock and brings about a deep acceptance of things as they are…what is that?

It is the human mind. A mind not only conditioned by external factors but programmed by the person himself. A mind that provokes an onrush of emotions that hold a person in place, unable to break out. A mind that fosters false but convincing beliefs about what exists and what doesn’t exist. A mind unprepared to view potential and dormant human capabilities that exceed the physical laws of space and time.

A mind that wants to insert itself into the lock and form a durable partnership with what everyone else assumes reality is.

A mind that wants to function within certain boundaries. A mind that embraces limiting illusions about the so-called human condition.

A mind that, in a significant sense, obsessively copies reality, mirrors reality, becomes “a twin of the physical world.”

The mind seeks The Other, and believes The Other is the “world as it is.”

In order for this strange dynamic to operate, the mind has to believe it is lost and needs to find itself.

The key that fits into the lock is a mind that is waiting at a cosmic train station for the express to arrive. And when it does, the mind climbs on board, as if it has done the deed so many times before. And it has.

This is an old pattern. This is the mind mistaking a labyrinth for the familiar physical world. So the mind enters a maze and becomes wrapped up in a mystery that never ends, while thinking it is home.

This is a form of hypnosis that introduces the mind to increasing levels of complexity, until, exhausted, it gives up the ghost—and wonders why the world, which was so full of hope and warmth and comfort, turned into something else.

So a life is lived. And then another life. And another.

And the mind becomes unable to understand, as the old Tibetans did, that, in a very significant sense, the universe is a product of mind.

The mind becomes unable to understand that actions of both creation and destruction are more than myths depicting ancient gods. These stories are metaphors for how the mind can become brilliantly aware of the alive space(s) beyond mere acceptance and submission and surrender.

At the center of all this stands the archetype of The Artist. I mean that in the broadest sense. The Artist brings new realities into being and casts others away. He builds and he tears down. He, like the ancient figure of Hermes, can view the utterly insane joke of erecting and embroidering billions of trappings that define the one space of “things as they are (and must be).”

The overwhelming majority of human beings believe they want that space above all others. They believe that largeness represents a personal danger and smallness confers security.

They believe in the lock, and they struggle to discover a way to insert themselves into it. Permanently. Forever.

And in order to believe this, they exercise the majestic ability to put themselves into a trance state.

Below these issues I am discussing here, far below, is society/civilization and its attendant conflicts and madness. Civilizations come and go, come and go. They purport to be the only show on Earth.

They are window dressing on Matrix.

The author of three explosive collections, THE MATRIX REVEALED, EXIT FROM THE MATRIX, and POWER OUTSIDE THE MATRIX, Jon was a candidate for a US Congressional seat in the 29th District of California. He maintains a consulting practice for private clients, the purpose of which is the expansion of personal creative power. Nominated for a Pulitzer Prize, he has worked as an investigative reporter for 30 years, writing articles on politics, medicine, and health for CBS Healthwatch, LA Weekly, Spin Magazine, Stern, and other newspapers and magazines in the US and Europe. Jon has delivered lectures and seminars on global politics, health, logic, and creative power to audiences around the world. You can sign up for his free NoMoreFakeNews emails here or his free OutsideTheRealityMachine emails here.