The Jewish Myth of Victimhood

The Jewish Myth of Victimhood 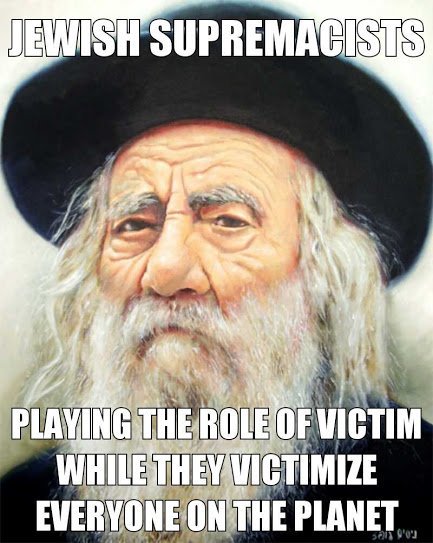 The Judeo Masonic conspiracy hides its war against humanity

behind a smokescreen of Jewish victimhood.  (These conspirators

ensured there were enough Jewish victims to maintain this illusion.)

This is why we never stop hearing about the holocaust. Trump just

proclaimed a week of holocaust remembrance.

Putin is also getting in on the act.   Never mind

20 million Russia goyim and 40 million other goyim died in

that Jews actually enjoyed a privileged role in

"The "lachrymose history of the Jews" ... stands stubbornly opposed to overwhelming evidence that Jews have been a privileged, protected, and economically and politically powerful group throughout recorded history."

[Disclaimer- This post is not intended to minimize the genuine injustices to Jews but rather to expose how organized Jewry exploits these wrongs for political gain.]

Reflections on the History of the Jewish Hoax

For many centuries Jews have engaged in the construction of false narratives that act to reinforce in-group identity while simultaneously disarming or disinhibiting out groups. The most powerful of these [is] the 'victimhood narrative.' Victimhood narratives ...allow the problems and challenges of the group to be blamed on an out-group, absolving the in-group of agency in its own misfortunes and thus obviating the need for internal change.

A further use of victimhood narratives is that they nurture the building of resentments, which can in turn provide the impetus and energy for aggressive acts against competitors. Although many ethnic and national groups have flirted with victimhood narratives, Jews are distinctive in their particularly strong aversion to changing their own version of victimhood. They have thus repeatedly had recourse to victimhood narratives throughout their history, and have adopted a unique worldview in which the entire non-Jewish world, the goyim, is presented as hostile -- a case of 'Jews versus the World.' 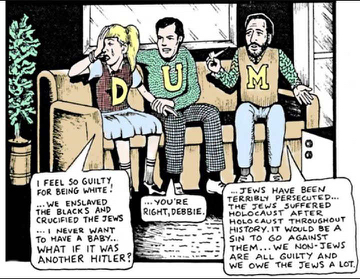 Most remarkable of all, Jews have been unique in their success in persuading competitors and opposing groups to adopt the Jewish victimhood narrative, disarming and disabling the more natural instinct of non-Jews to compete.

For these and lesser reasons, Jewish culture has come to master the art of the victimhood narrative and one often finds it remarked that the entire history of Jews is a history of constant suffering -- the "lachrymose history of the Jews." Although general acceptance of this over-arching historical narrative is a fairly recent development -- not much older than half a century, its now mainstream position stands stubbornly opposed to overwhelming evidence that Jews have been a privileged, protected, and economically and politically powerful group throughout recorded history.

Indeed, one struggles to find a group of comparable size, at any place and in any point in time, enjoying the same level of wealth and influence. The most obvious weakness of contemporary academic and cultural treatments of Jewish matters is that they fail to adopt even a remotely critical approach to Jewish narratives. The alleged age-old victimhood of the Jews is simply taken at face value, digested, and deeply internalized, particularly in the West where Whites of Anglo and Germanic lineage have rarely, if ever, adopted a victimhood narrative of their own.

Because the Jewish victimhood narrative is, at heart, a compound of self-interested fabrications, the details that punctuate this over-arching narrative are themselves a rich constellation of exaggerations, bluffs, swindles, and hoaxes. 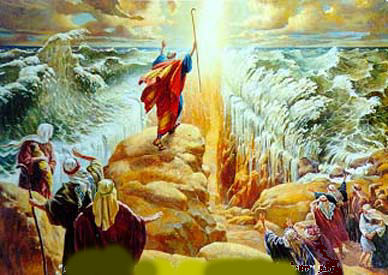 As explored in detail in a previous article, perhaps the earliest example of the Judenscherz is the Book of Exodus, an effort at refuting a Greek and Egyptian consensus on the undesirable behaviors of the Jewish populations in their midst. In any event, the Book of Exodus was, and remains, crucial in providing a foundation myth for Jewish victimhood narratives and thus a foundation for the Jewish hoax.

The putative 'liberation' of enslaved and persecuted Hebrews from Egypt is commemorated by Judaism every year, in the form of the Pesach, or Passover festival. Historian Paul Johnson remarks that Exodus "became an overwhelming memory" and "gradually replaced the creation itself as the central, determining event in Jewish history."[1] Exodus has a power that exists independently from the trappings of religious myth, acting through the centuries as a defining narrative of victimhood, group vindication, and self-validation. Exodus is a foundation upon which Jewish identity is built.

Early narratives like Exodus and the works of Josephus and Philo provided the template for later interpretations and revisions of certain historical and political realities.

For example, references to these earlier 'persecutions' provided a false justification for the self-segregating practices of the Jews that were more palatable, especially to outsiders, than frank admissions that Jews felt themselves superior to the nations they dwelt among.

We find this particularly during the Middle Ages in explanations for the ghetto experience. Indeed, one of the most remarkable omissions from the majority of mainstream accounts of the Medieval Jewish experience is the very privileged position of Jews during this period. To be clear, Jews had no automatic right of settlement in Europe. This was an age long before the concept of 'immigration' distorted the human instinct, and the settlement of foreigners in one's midst was still perceived as usurpation of more or less severity depending on the numbers involved. 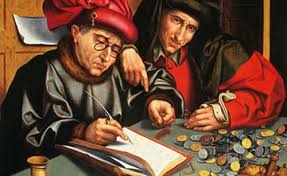 (Jews were the main moneylenders in the Middle Ages)

Jews were able to form settlements in Europe only because they were given assistance by the Christian Church in the form of Papal decrees that approved their residence, as well as granting them freedom from efforts at conversion and protection against 'maltreatment.' Without a Christian theology that taught that Jews possessed a special role in the history of humankind, it is unlikely that Jews would have been able to settle in Europe in the manner they eventually did. (Some of the most influential treatises in this regard were formulated by Bernard of Clairvaux and Thomas Aquinas.) We may therefore consider the Christian settlement decrees to be the primary privilege that underlay the rise of the Jews in Western Europe in particular.

The Jews of the Middle Ages pleaded persecuted status while simultaneously enjoying unparalleled access to wealth and power. This Judenscherz has been passed down through the centuries and remains in robust condition even today. Jews were entirely dominant during the period. The Jews of France and Germany were allowed to transact business without restriction from the ninth until the eleventh century -- three centuries of growth in financial influence during which, in the euphemistic language of Jacob Katz, their "involvement in the provision of credit was considerable."[7]

Jews were allowed complete judicial control over their own communities. Further, as Katz states: "A feature of the high political standing of the Jews was the permission to bear arms ... This fact is perhaps to be viewed less as providing a means to self-protection than as a sign of political status. As a result of the permission, the Jews ranked with the knights and the feudatories who belonged to the upper strata of medieval society."[8] Jews stood over the masses, working solely for their exploitation. The Jews of the Middle Ages engaged in no productive labor, almost all of them living parasitically from moneylending. Katz writes that; "The picture of the Jew waiting at home for the Gentile to come to borrow money or to pay a debt is a realistic one."[9]

The reality of the tradition of Jewish power and economic exploitation during this period has been smothered by an extremely effective Judenscherz based, like the accounts of Josephus and Philo, on fictionalized accounts of extreme violence. Historian Jonathan Elukin writes that "violence is traditionally perceived to be at the core of the Jewish experience in Medieval Europe."[10]

Like the earlier accounts, we see multiple references to spontaneous "rising levels of anti-Jewish polemic, accusations of atrocities, physical attacks, and finally expulsion."[11]

However, contrary to the Judenscherz, violence was in fact extremely rare, and even its alleged high point, the Second Crusade, "brought with it little actual violence against European Jewry."[12]

The much-lamented 'blood libel,' supposedly the arch-provocation for much of this alleged violence, was in reality so sparse and ineffectual against entrenched Jewish power that "most Jews lived their entire lives without direct experience of those accusations."[13]

Related - The Jewish Cosmology of Victimhood