The 12th Gate of the Golden Sun Disc a
message from Metatron channeled by Tyberonn
Friday, 20 August, 2010 (posted 21 August, 2010)
Greetings Masters, and so we greet each of you this day in a vector of Unconditional Love !
There are many paths for a human to walk and all of integrity will find their light. So it is always true that discernment is required.
Dear Ones, change is the nature of reality and is ever expanding as consciousness expands. All shifts within and without in a manner that is appropriate on and beyond the holograms of Earth. Many of you are in your advanced s
tage of Mastery, and have attended the Mystery Schools of Earth far more times than you may realize. And now is the time of completion. It is the 12th Gate, and the energy of this 'Mastery Initiation' is resurfacing. Disciplines in the wisdom schools of ancient Alchemy evolve in time. Yet the frequency of Truth ever remains the same in resonance.
Masters, be aware that the energy and earthen resonance of these enclaves of Mastery still exist in certain nodes, and these are among the portals where wisdom is resurfacing. Among the greatest mystery schools of ancient Earth were those located in ancient OG. the lands currently called Bolivia and Peru. It is why many of you are called to make pilgrimages to the land of OG, for there is a frequencial download of great wisdom and great balance available to you. And so Masters, we speak this day of sacred earth, the Lands of ancient OG, and of Bolivia...and of the Keeper of the 12th Gate : Lake Titicaca.
Lake Titicaca corresponds to the Ascension in many different ways. It is a consciousness that enlivens each dimension and relates to the individual within a specified frequencial resonance of these dimensions. At Lake Titicaca these frequencies are fixed to humanity and as such are more readily available to those who align with them.
The Golden Sun Disc
Within Lake Titicaca lies one of the great 'Golden Sun Disc'. It is omnipotent and is in turn activating all of the others. These discs are being programmed & activated into twelve-strand helixial spirals. They are emitting a divine energy of zero field, of unconditional love, a light-code that can only exist in the 5th dimension and above. The Golden Sun Disc emerged in the time of LeMuria. It was of Sirian B-Arcturian construct and was for the planet Earth, what the Crystal Skulls were/are for mankind: A composite library of the Perfection Blueprint. It was the DNA code for the planet, and there were 12 composite frequencies that will again in 2012 form the one.
These were once displayed in MU in a magnificent Temple. They were objects of magnificence and perfection; beautiful, but not an object of art or worship, but rather a complex scientific 'computeresque' tool. They glowed in a golden spiraling translucent sheen, maintaining, interfacing and regulating the dimensional synergy of the natural telluric forces of Earth with that of mankind and celestial realms.
The ongoing reprogramming of the Sun Disc serve in assisting the ability of the Earth to regenerate and reform itself, becoming in aspect the DNA pattern or blueprint of the New Earth as it expands its dimensional field into crystalline aspect. The discs emit energetic spirals. They are truly more spiral than disc, but they do appear disc- like when viewed.
There are 12 such discs on the planet, but to be more precise we tell you that there are twelve distinct frequencial patterns of the Golden Sun disc that are being expanded into 12- strand refinement at the present time by the Sirians, & many of those connected to the Guild of Hathors.
Many of you are part of this, and have been for a long time. We have told you this before. Indeed others will be drawn to the sun discs as the work intensifies in2011 in preparation for 2012.
Regarding 2012, some have erroneously concluded in these changing times that the earth will be eradicated and we say it will not, cannot be. It matters not what sensational movies and programs are broadcast in your mass media about such destruction. The Earth cannot be destroyed and will not be annulled...so the transformation of the Earth is absolutely not a destruction, rather a requisite and joyous recreation of itself.
Do you understand? 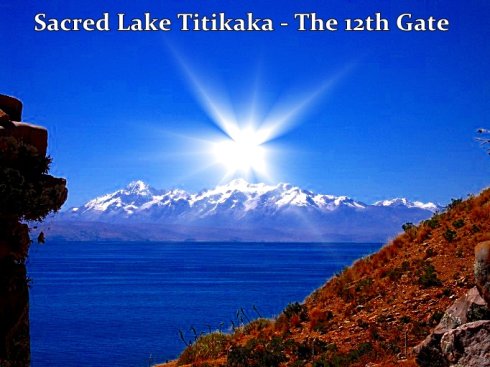