This post is a review of the masonic signs described in the German ... Proof that many signs used by freemasons consist of simply pointin... 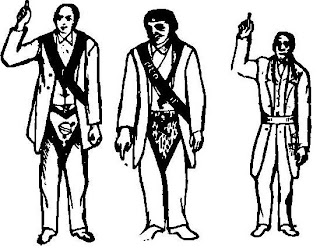 Here are four photos that are obvious intentional poses. Otherwise ... Obama holding a pose for the camera. Look at the frozen expression on his face and how the words "to lead" are nicely included. Also notice how his pointing finger is perfectly framed. This is again the masonic sign of faith. 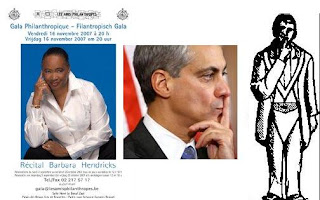 Two sub variation of the "pointing the index sign". Left is singer ... The sign of the pyramid. The triangle being so important a symbol t...

Bush, Ron Paul, Putin and Chavez. This is the occult "Sign of Prais... 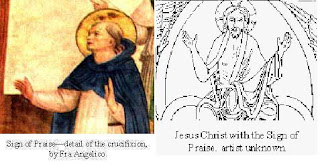 The sign of the fist is not just used by communists. Here is Richar... The masonic handshake: the thumb has to press the knuckle. Above is... This is the "eyes looking up" masonic code. This is an imitation of... The hand on the necktie (sign of distress). Israel Prime Minister E... Hand on the neck (distress signal) Obama did this gesture after the...

12 MASONIC SIGNALS IN THE MEDIA
We see them everyday in newspapers and magazines: pictures of men and women from
politics, economics and important institutions, which show mostly strange "hand
signals" .But few newspaper readers think about it, because these pictures do not say
anything to them; But they say to freemasons and other insiders very much. Who would let themselves be photographed time and times again in such a way? Already in the earliest youth children will be told, when one makes a photo with them, to take their fingers away from their face and to use no hand gestures. Thus why do politicians, economics and further personalities allow such photos of themselves to be made? Further ,which editor-in chief would picks the worst pictures out from the dozens of photos available, which upon careful observation, always show the same ugly gestures? But it has already its sense, because these hand signals, views and grasps are messages under "insiders". With these hand signals secret messages and instructions, are passed on mainly by signal photos in the press. In order that this code does not attract the attention of the average reader, the "insiders" use a whole set of harmlessly looking hand signals and gestures. Only those who understand this code, from newspapers and magazines will understand, what is really going on in politics, economics, culture and even in the sport.
Here are the 12 gestures of the freemasons, which are spread over the press:

1 pointing of the index finger in a photograph (the index near the eyes and near the mouth are distinct masonic signs. Pointing the index straight at the camera, is also a sign seen often in newwspapers.
2 the ubiquitous ok sign
3 the fist
4 making a pyramid with the forearms
5 the hand in play (holding an invisible ball with one or both hands) very common
6 the hand on the heart for no explained reason (like oath swearing etc)
7 masonic handshake (the thumb is seen turned downward and pressing the other person's knuckle)
8 eyes looking up for no explained reason (immitation of pictures of Jesus on the cross)
9 looking above the glasses in a picture
10 touching the glasses in a picture
11 hands on the nectie in a picture (distress signal)
12 hands on the neck (distress signal)
Eingestellt von Future Corpse um 19:06