"This is a new index page devoted to examing the recent activity of Sylphs in transmuting, neutralizing, and destroying the noxious substances being sprayed as chemtrails. The deployment of orgone generators has apparently played a significant role in helping to bring about this remarkable development. If you are new to this subject, start by reading the oldest article at the bottom and work your way up to the most recent articles at the top.

"Sylph" is the name given to air elementals by the ancient Greeks. If the subject of Sylphs is new to you, you can learn more by reading this essay from ZS Livingstone written in 2004 (http://educate-yourself.org/zsl/sylphstransmutechemtrails06jun04.shtml)


Joshua took this photograph in 2001 and it was placed on Rense.com images and titled "Death Angel". On May 29 2004 Joshua sent the URL (http://www.rense.com/1.imagesC/deathangel.jpg ) to the Ken Adachi and Ken forwarded it to me. This is a very large sylph transmuting chemtrails. I believe it to be the same sylph who came to Earth after leaving her/his cometary body at Jupiter...Comet Shoemaker/Levi. There have been a number of photographs of a very large sylph totally enveloping Mount Shasta, Mauna Kea and Mount Fuji. These are sacred mountains that have had pictures taken of halo or lenticular clouds sitting on their peaks. Since these clouds look like UFO, they have also been called "cloud-ships".

At most times the sylphs are transparent but when working on chemtrails they can be seen "rounding up" the aluminum particles. Over the area I live, there has been heavy spraying in recent days (June 1 and 2, 2004) and the chemtrails were sectioned off and herded like cattle. Each sphere of chaff then disappeared into a huge cloud. There were about twenty chemtrail spheres covering the sky. Each sphere was about a quarter of a mile in diameter (Thunderbirds of Earth) and they were herded towards a huge cloud over five miles in diameter (Cometary Sylph). "H.M.", another Croft Chembuster owner, drove in from Kamloops to Salmon Arm [British Columbia, Canada] and saw the same thing I did. He said that the chemtrails over Kamloops were smearing out in the usual grey sky HAARP cloud cover but over Salmon Arm the chemtrails were sectioned off in spherical pieces. We had a good rain the next day.

Sylphs have been known to generate rain from air masses that have no moisture. I have been told of Native Raindances creating heavy rain within hours inside a stagnant dry high pressure zone. Meteorologists state that there is zero percent chance of precipitation in such weather systems, yet an inch or more of rain can fall from dry air. A number of dowsers have done the same thing.

Sylphs are transmuting air into water. Neon gas conversion to water is simple, as only two protons need to be drawn off the nucleus and chemically recombined with the remaining oxygen. The sylphs appear to be able to pull off neutrons, contain them with their magnetic fields, and use the hydrogen atom which is spontaneously generated a split second later when the neutron divides into a proton, electron and subquently emits a neutrino.

We have not been hearing much about the holes in the ozone lately as Thunderbird sylphs have been transmuting stratospheric chlorine for more than a decade. Free chlorine breaks up the ozone molecule. There is nearly as much chlorine going into the air as twenty years ago but mother nature has found a solution to that pollution.

The aluminum particle chemtrails have done nothing towards patching the holes or absorbing ultraviolet radiation from the sun. The aluminum chaff is actually containing the extra heat in the lower atmosphere and not allowing it to radiate off into space as infrared photons at night. Due to this problem the sylphs have determined their best action is to transmute the five micron aluminum particles into oxygen and environmentally friendly gases such as helium.

The energies used to perform the transmutations are great. The Chembusters in this type of work become energy grounding instruments. The Chembusters link the sky with the earth and transmute some of the denser elements and dark orgone. More and more orgonite is needed to change poisonous radioactive elements in the air, water and earth. Much radiation has been released to the environment especially in Afghanistan and Iraq. The dozens of mini nukes exploded over the past twenty years all around the world have contaminated the environment.

Barium chemtrails are a problem for sylphs as there is no easy way of transmuting this heavy metal into air and water. Croft chembusters work well on barium and depositing the transmutation end products as nutrients in the soil. Smaller sylphs physically carry the heavier elements to ground. In past eras the fire, water and earth elementals would have rendered the toxins harmless, now orgonite is helping clean up the mess. There is little likelihood of elementals depositing toxins such as barium into the topsoil. That is not their plan.

There have been a lot of Indigo Children born since 1988 and they carry a lot of energy. They are transmuting the environmental toxins too. They are like lightning rods grounding the energy of the heavens down into the center of the planet. Their intent in this work is important as they do want to heal the Earth. Many psychics and empaths are now finding that there are increased energies in their mediations. More and more they remain in their bodies and feel the power move through themselves into the Earth. There is also upwelling energy through the base chakra broadcast into the sky. Healing energies are moving both up and down. It is important that more people ground themselves in this way to assist the natural kingdoms in the clean up of the planet. More chembusters are needed. More kundalinis need to be ignited. A Croft Chembuster is the externalized representation of kundalini fire. It is best that people build CBs themselves in order to learn how the fire works within. If they do not have the place to pour the resin and metal, buy one and mediate as it is assembled.

As I write this on June 6, two days before the Venus Transit of the Sun, I am putting out the intent of greater spiritual, psychic and physical communication. In all past Venus Transits communication has increased."

Comment by CHRISTINA on October 12, 2010 at 6:37am
Welcome FM.
Sylphs may be mumbo jumbo to many, but the elemental kingdom of which the sylphs are part, is to shamans for example a reality. Hence this post, I don't discard the elementals' existence. 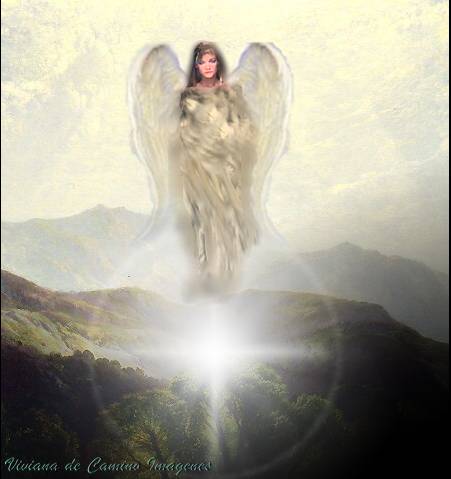