Guest Writer for Wake Up World

J. Marvin Herndon, Ph.D is a scientist of considerable notoriety. An interdisciplinary scientist, Dr. Herndon earned his BA degree in physics from the University of California, San Diego in 1970 and his Ph.D in nuclear chemistry from Texas A&M University in 1974. Holding Post-Doctoral qualifications in Geochemistry and Cosmochemistry, Herndon has been profiled in Current Biography and in 2003 was hailed as the “maverick geophysicist” by The Washington Post.

Dr. Herndon contacted me recently to express his growing concerns about the climate engineering assault – the constant toxic aerosol spraying of our planet – and the obvious human health and environmental ramifications we all face from this contamination.

His recent letter to authorities in his region is provided below. May his outspokenness be an example to others in the science community.

Marvin has shown a level of courage that is so very rare in the circles of the science community — he is taking a stand on the aerosol spraying issue and making his voice heard. There are so many in academia who have sheepishly hidden themselves in the shadows while they perform whatever task is asked of them in exchange for a paycheck and a pension. But Marvin is the antithesis of this. He has sacrificed much in his life and career in order to stand on his convictions.

I am a scientist (Ph.D in nuclear chemistry, Post-Doctoral in Geochemistry and Cosmochemistry) and businessman, and have lived in Scripps Ranch for thirty seven years.

Over the past year the skies above San Diego have changed drastically in plain sight. We’ve been robbed of the beautiful blue skies we associate with our city. Almost every day jet airliners are spraying innumerable so-called “chemtrails” and they persist after release behind the jets to gradually form clouds. Chemical clouds. Toxic clouds. They eventually diffuse and form a white haze in the sky. Sometimes, the artificial clouds are laid so thickly as to make the otherwise blue San Diego sky fully overcast with toxic chemical aerosols. Sometimes, depending on chemical mix, the transition from spray to white haze is rapid. Please see a few examples, attached, that I photographed from my front yard.

Chemicals sprayed into the atmosphere do not remain suspended; they fall to contaminate the air we breathe, our rainwater, and our agricultural soil. This ongoing massive spraying taking place over San Diego represents a grave threat to me and my family, my neighbors, and all my fellow San Diegans.

Rainwater collected after intensive aerosol spraying now reportedly contains elevated levels of aluminum, barium, and strontium and likely other toxins. Aluminum is implicated in diseases such as Alzheimer’s, Parkinson’s, and autism, whose rising incidence is causing alarm to many Americans. How many additional children will be doomed to suffer a lifetime of autism? How many additional San Diegans will suffer premature brain degeneration or cancer? What horrors lie in store for our children and grandchildren who unknowingly play outdoors, or the pregnant women with their unborn offspring, or the runners and other outdoor recreationists? What about those of us who suffer asthma or who have compromised immune systems? What about the elderly?

What about your own family? Are we San Diegans no longer free to breathe uncontaminated air?

Why are San Diego’s Mayor and members of San Diego City Council silent about this imminent public health threat? Were you duped into believing that toxic chemical clouds will keep Earth from warming? Clouds might reflect sunlight back into space but those same artificial clouds also keep Earth from cooling by not letting Earth’s heat escape during the night. Clouds, artificial or natural, trap heat!

Why the silence? Are you afraid there will be demonstrations or riots in the streets if the truth were told about the ongoing activity that poisons the air San Diegans are now breathing? Deception by acquiescence and silence is fundamentally wrong, unless you are a willing participant in activities that will likely come to be characterized as crimes against humanity.

As elected officials you have the responsibility to advise and protect all San Diegans. Please speak the truth and stop this spraying over our homes.

The following links provide information you may find of benefit.

Interview with a neurosurgeon:

Please advise me of your intentions to make public disclosure of the chemical spraying over San Diego. Kindly respond before the close of business on January 23, 2015, or I will assume you have no intention of responding.

I solute Dr. Herndon’s determination and courage on this issue. Following his example, we must allcontinue to focus on effectively and credibly raising public awareness until we reach critical mass. We are getting closer to this with each passing day. If all pulled together, the fight to expose the globally destructive aerosol spraying programs could very soon reach the tipping point.

If you learn enough about this issue to inform people how they personally are being affected, given what you specifically know about their interests, they will listen. Numerous articles on the subject can also be found on Wake Up World, on GeoengineeringWatch.org, and other geoengineering sites.

Don’t sit the bench, help those of us that are working on this issue 24/7. Our collective fate is in the balance. It’s up to all of us, and it’s now or never.

EDITOR’S NOTE: Please sign this petition to the Obama administration to immediately stop the aerosol spraying of the United States’ skies.

Dane Wigington has an extensive background in solar energy. He is a former employee of Bechtel Power Corp. and was a licensed contractor in California and Arizona. He currently owns a 1,600-acre ‘wildlife preserve’ next to Lake Shasta in Northern California, and his personal off-grid residence was featured in a cover article on the renewable energy magazine, Home Power.

Dane initially focused his efforts and energy on the geo-engineering issue when he began to lose very significant amounts of solar uptake due to ever-increasing “solar obscuration” caused from the aircraft spraying in his area. He also noted significant decline in forest health and began testing and researching into geo-engineering about a decade ago.

Today Dane is the lead researcher for geoengineeringwatch.org, investigating all levels of geo-engineering from chemtrails to HAARP. He assisted Michael Murphy with his acclaimed production of “What in the World Are They Spraying?” and has spoken extensively in a wide range of forums to explain the environmental dangers we face on a global level.

There are many things happening behind the scenes and an important intel update will be released through my blog during next week.
In the meantime, you might want to listen to this Cobra interview by Prepare for Change team:
http://bbsradio.com/content/prepare-change-interview-cobra-february...
Or here on Youtube:
https://www.youtube.com/watch?v=BnMH_j08jI8
You can read the transcript of the interview here: 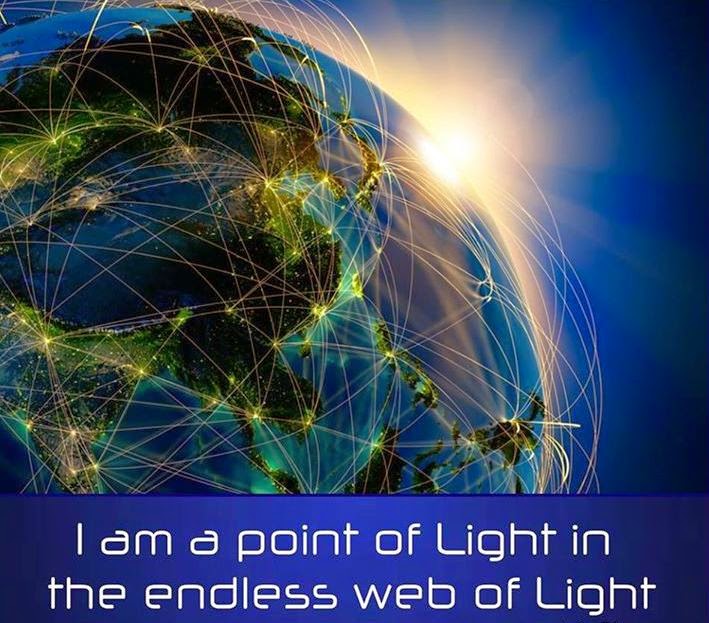 A planetary network of Tachyon healing chambers is being slowly built. You can now experience thehealing power of this advanced Pleiadian technology worldwide:
http://tachyonis.org/Chamber.html
https://tachyoncounseling.wordpress.com/
We will be having a Breakthrough conference in Naples, Italy. Naples is a very important vortex point on the planetary energy grid that needs a lot of healing and has tremendous potential. You are welcome to join us on April 25th and 26th:
http://portal2012.org/Italy.html
We are approaching the exact point of the last Uranus-Pluto square in a few days from now and this is a very good time to practice forgiveness. It will be one of the most needed qualities in the times to come.
The Breakthrough is near!