Please prey for my Dad

My dad is really sick. The malaria vaccine stayed in his liver, and messed it up. Im scared, He is yellow. If he doesnt react to the treatment he may need a liver transplant.
I love my dad very much, and im asking everyone i know to prey to their gods for him. Im preying for him to recover and live a long life with my mum. Prey for him to get healthy and stronger. He's a fighter an i know he'll make it through this.

Comment by Gerd Ambranovic on November 3, 2010 at 2:54pm
All the best for your dad and you my friend! Stay strong and positive minded and you will get through this!
Love & Light

Comment by Simmy on November 3, 2010 at 6:24am
Dear Vaddix, your dad is in my prayers as well.
Please, consider Greg's advice on MILK THISTLE. It is extremelly efficient in restoring Liver health. I personally take it everyday, since my Liver readings were abnormal a few years ago. Now my liver's reading is normal and I'm sure it was thanks to Milk Thistle.

MILK THISTLE:
THE MOST WIDELY USED HERB FOR HEPATITIS/LIVER DISEASE

Milk thistle (also known as silymarin and its scientific name Silybum marianum) is a tall plant, characterized by sharp spines that resemble artichokes and leaves that are riddled with distinctive white veins. It was originally discovered growing in the Kashmir region bordering India and Pakistan. It can now be found all over the temperate world, growing in dry and rocky soil. Its stems and leaves secrete a milky substance when crushed. The following sections contain important information regarding this popular herb. It is important to be aware that some preparations of milk thistle may contain iron therefore milk thistle should be avoided by people with liver diseases associated with iron overload such as hemochromatosis and some cases of chronic hepatitis C.

The History of Milk Thistle

As with so many other herbs, the medicinal claims for milk thistle have an ancient history. Originally believed to help nursing mothers produce milk, over time milk thistle became more well known for its effects on the liver. This can be traced back to ancient Roman times when Pliny the Elder (a.d. 23–79) referred to the milky juice of this plant as being excellent for “carrying off bile.” John Gerard, a sixteenth century British herbalist, recommended milk thistle for “expelling melancholy”, a symptom attributed to liver disease during that era. In Germany during the nineteenth century, doctors commonly treated jaundice and other liver diseases with an extract from milk thistle seeds. The scientific study of herbs continued to be concentrated in Europe, and in 1949, German researchers found that milk thistle appeared to protect the livers of animals exposed to high doses of carbon tetrachloride, a potent liver toxin.

In 1968, it was found that the active ingredient in milk thistle is located in the seed, and that it consists of three components silybin, silydianin, and silychristin. These components are now collectively referred to as the flavonoid silymarin. Silymarin is currently used in Europe to treat all types of liver disorders. In the United States due to the lack of FDA regulation, the actual percentage of biologically active silymarin in a given preparation of milk thistle is unknown.

The Benefits Claimed for Milk Thistle

The following claims have been made about milk thistle:

• Milk thistle may slow the advancement of cirrhosis.

Summary of What Milk Thistle May Do

From the above evidence it appears that milk thistle is very helpful in cases of acute mushroom poisoning. It may be helpful for people with alcoholic liver disease or liver disease caused by certain drugs. However, milk thistle does not appear to have any anti-viral properties. Thus, although it may decrease liver enzyme elevations it cannot eradicate the hepatitis C or B viruses from the body, nor can it lessen the amount, or toxicity of these viruses in the body.

The Most Effective Way to Take Milk Thistle

So, if a person decides that she wants to try milk thistle, how should she take it in order to maximize its proclaimed effects on the liver? Well, since milk thistle does not easily dissolve in water, its purported benefits cannot be reaped by drinking it as a tea or by eating the leaves. The best way to take milk thistle is either in capsule form, especially from concentrate, or in a form that combines it with other substances—such as beta-cyclodextrin or phosphatidylcholine (silipide)—that render milk thistle more soluble in water. In this way, milk thistle becomes more bioavailable to the body, and its effects are maximized. The concentration of silymarin is highest in the seeds of the plant, although it is also found in the fruit and leaves.

With milk thistle, as with all herbal remedies, there is no standard recommended dose or length of time to take the herb in order to best achieve its purported benefits. Recommendations made on labels and in herbal publications vary—from as low as 70 milligrams twice per day to as high as 420 milligrams three times per day. Recommendations for duration of use range from one month to as long as nine months. There are no standard recommendations as to the best time of day to take the herb or whether to take it with food as opposed to on an empty stomach. The PDR for Herbal Medicines recommends 200 to 400 milligrams of silymarin daily, but contains no additional recommendations regarding its use.

The Side Effects of Milk Thistle

Most reports on milk thistle claim that there is a total lack of side effects when taking this herb. However, on close review of the literature, the following side effects were noted: headache, irritability, nausea, minor gastrointestinal upset, and, most commonly, diarrhea. These side effects are similar to those commonly encountered in connection with the use of interferon (the FDA-approved treatment for hepatitis B and C). One experimental study, which has not been duplicated, demonstrated that liver cell damage occurred as a result of exposing liver cells to milk thistle. The long-term side effects of milk thistle usage are not known.

All contents of this article are Copyright © Melissa Palmer, MD

Comment by Besimi on November 3, 2010 at 1:00am
My love and healing prayers go to Your Dad,Vaddix. 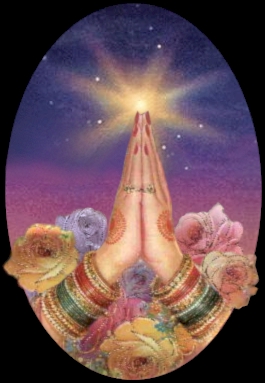 Many Blessings,from my Heart . Namaste.

Comment by Greg on November 3, 2010 at 12:42am
by restore i mean regenerate, people with almost fully destroyed livers or with liver cirrhosis can rebuild it with milk thistle supplementing. not to mention the guy who owns beyondhealth.com, his video was posted on here before and he was on his death bed from a liver problem when correctly properly made vitamin c restored his liver and brought him back to health.

Comment by Greg on November 3, 2010 at 12:14am
have you considered trying milk thistle as it helps restore the liver? not to mention maybe a zapper and some really good supplemental vitamins?