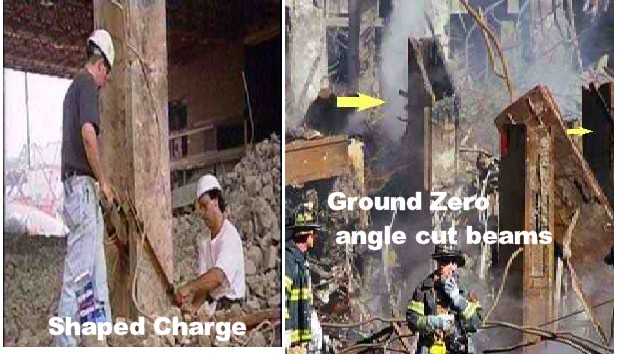 Michael Chertoff is our Director of Homeland in-Security, and a joint US/Israeli citizen. Rabbi Dov Zokheim, another holder of joint US/Israeli citizenship, was Comptroller of the Pentagon at the time $2.3 trillion went missing. Others in the administration with dual citizenship include; Paul Wolfowitz, Elliot Abrams, Richard Pearle, Douglas Feith, “Scooter” Libby, Eliot Cohen, and John Bolton. Bush’s henchmen and holders of powerful positions in Washington.

I say we should demand those with joint citizenship resign their positions in the interests of our national security!
An influential group known as “Project for the New American Century” has formulated a plan for creating the greatest empire the world has ever seen.

The US is the only superpower, these Neo-cons used their power and influence and moved US into the Middle East to seize control of its oil, support Israel, and basically have the US make war with Israel’s enemies.

Until President George W. Bush appointed him Undersecretary of Defense and Comptroller of the Pentagon, Rabbi Dov Zakheim was Chief Executive Officer of System Planning Corporation's International Division. He co-authored an article entitled "Rebuilding America's Defenses: Strategy, Forces and Resources for a New Century" which was published by The Project for a New American Century in September 2000, a year before 9/11; on page 51, it is stated that "the process of transformation, even if it brings revolutionary change, is likely to be a long one, absent some catastrophic and catalyzing event - like a new Pearl Harbor"!

System Planning Corporation main claim to fame is the Flight Termination System (FTS), which allows the takeover of an aircraft prior to flight or in flight. It allows the remote control of up to eight planes by one controller.
Michael Mukasey, our new Attorney General, was also the judge on litigation between Larry Silverstein and insurance companies over the events of 9/11.

Larry Silverstein and his Silverstein Group took control of the World Trade Center on 24 July 2001 and immediately insured it for $3.5 billion against terrorist attacks. He pled that there were two planes, he claimed that that amounted to “double indemnity” and asked for $7 BILLION, but settling for $4.6 BILLON. Not bad for a six week’s investment of $114 million!
Larry Silverstein stated in a PBS interview “I remember getting a call from the fire department commander, telling me they weren’t sure they were going to be able to contain the fire. I said we’ve had such a terrible loss of life maybe the smartest thing to do is just pull it. They made the decision to pull, then we watched the building collapse.” Proving they had an authorized controlled demolition of Building 7. The explosives had to be in the buildings BEFORE 9/11.


It was this controlled demolition that brought my immediate attention to what was going on. I rewound the video of tower 1&2 and note explosive debris exiting these buildings. Like building 7, Tower 2 fell 2 tenths of a second FASTER THAN GRAVITY! (http://www.youtube.com/watch?v=A2YKUYsBRRA#GU5U2spHI_4 ) In the direction of most resistance. Tower 1 fell 2 tenths of a second slower than gravity but, that is figured in a vacuum and doesn’t allow for the resistance of the air in the building much less structural steel.

These people think we are morons. They think they can have a controlled demolition of these three buildings blame it all on jet fuel and no one will notice the difference. I notice on 9/11 and everyone thought I was crazy or anti-American or something. I’ve been spit on, cursed at, and shoved because I dared challenge the mass media and administration’s story of what happened. Now there are over 542 architects, architectural engineers and other professionals that like myself have proved that a controlled demolition of all three buildings occurred on 9/11.

When America thought that Ben Laden had done this from the caves of Afghanistan there was no shortage of patriotic young men and women(and not so young folks) ready to go to war in Afghanistan. Then when Iraq was also blamed, more folks lined up to go there. I can NOT question their patriotism or loyalty to America in any matter shape or form, BUT where are the folks lining up to take down the real perpetrators of this horrendous crime? Where are the cops who ought start arresting those in Washington that conspired to MURDER 3000 people in New York?
I can’t seem to understand this. Why aren’t people mad? Why aren’t people lining up with pitchforks, clubs, guns or whatever it takes to bring down the corrupt administration and those in congress and the senate than helped facilitate these criminals? Where are the patriots to help reinforce the Declaration of Independence an put in a government that will again listen to its people and follow the Constitution??
That isn’t Hillary either as there are grounds for her arrest for treason and trading with the enemy. Besides that she was “co-president” she had her 8 years. (How soon people forget!) She brought the Office of the First Lady down to that of the head witch. Was involved with Butch Nero, I mean Reno with the murder of 86 men women and 17 little children under the age of 5 at Waco.
How Things Are Shaping Up

President Obama has made a fine step in showing his character and that of his cabinet in his choice of Representative Rahm Emanuel and choice for Chief of Staff.
Rahm Emanuel 48, in January of 2007, the new majority elected Emanuel to serve as Democratic Caucus Chair, the 4th highest ranking Member of the House Democratic Leadership.
Emanuel's mother, Martha Smulevitz, was the daughter of a Chicago union organizer. She worked in the civil rights movement and owned, briefly, a local rock-and-roll club.
Emanuel's father, Benjamin M. Emanuel, a member of was a member of the Irgun.[7]
Initially, a central part of their efforts included attacks against Palestinian Arabs,[2] but it increasingly shifted to attacks against the British. Some of the better-known attacks by Irgun were the bombing of the King David Hotel in Jerusalem on 22 July 1946 and the Deir Yassin massacre (accomplished together with the Stern Gang) on 9 April 1948. In the West, Irgun was described as a terrorist organization.

So Obama’s “war on terror” will of course include Zionist terrorists Neo-cons out the wahzoo and we (USA) will surely continue as Israel’s chief policemen against all their Arab neighbors and “enemies.” God help us all!

Folks we need to wake up to REALITY! The only hope for this country is to reinforce the Declaration of Independence and the Constitution and have a clean sweep of Washington. Reestablishing the Common Law instead of the contract courts and judges that violate their oaths of office and our Rights daily.
Choose well whom you serve!