I have been asked again and again to comment on the mass arrests of the Bush Cartel, Gates, the queen and others. There is an old commercial, "Where's the Beef?".

I truly believe there are white hats and good people in high places yet we have been hearing about these imminent arrests and massive funding through various programs as far back as the 70's. I do believe due to the 9th wave of unity consciousness and the mass awakening it is only time before the tyrants and those with a lust for power and wealth at the expense of humanity and the Earth fall.

It is part of the evolutionary process and has been prophecy for thousands of years. I fully support the removal of the war and disease profiteers as well as those who suppress clean Earth friendly technology, fueless energy etc. It would be a great idea to create a truth and reconciliation panel to oversee crimes against humanity and the Earth.

I would also love to see an end to chemtrails; which are raining carcinogens, heavy metals and other toxic chemicals and biologicals. How can the white hats be in control while this is still happening?  Where are the photos of tyrants behind bars with beady little eyes screaming where is my lawyer? Now as before it is claimed it is all being done in secret, the funding was blocked but will be available next week. Seriously after over 30 years when is this going to happen? Could this all be another psyops program to fool people into thinking someone else is going to do it for you and future fulfilment is around the corner so forget about the now?

I think there are many well intended people who really believe in what they are told yet it is just common sense to ask is there any evidence, arrests on record or documented, has anyone received funding from all these prosperity programs?

We are entering a golden age and the tyrants will fall yet it will be when the people take individual and collective responsibility, wake up, rise up and do what is necessary. This means holding leadership to their oaths and demanding they honor their sworn duties to the people not the corporations.

no problem my friend. the caps lock on my keyboard hardly works. i need to push hard in order to make it work. reason why i have stopped using caps. i make the effort only when i type JIM4HOPE or the word ONE :)

chemtrails here in england have become fewer over the past year, during day time that is, i don't know about nightly sprays. certainly compared to the netherlands in 2008 when i spent three weeks, not a single day went by that the sky wasn't filled with chemtrails.

hope those led internet tvs are good. i hardly watch tv and i keep paying tv licensing fee. a waste of money. i've been thinking of ditching it.

anyway, glad you're back. keep up the great work.

blessings to you and yours :) 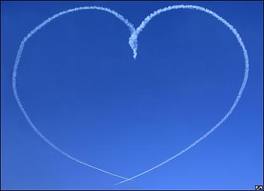 when i can see the psycopaths chemtrail spraying stop then i will know that there insanity is falling down .sorry about capitol letters i just bought one of those led internet tvs and this key board that came with it is 4 x 6 inches and cant find the capitol letters key . thanks christina..