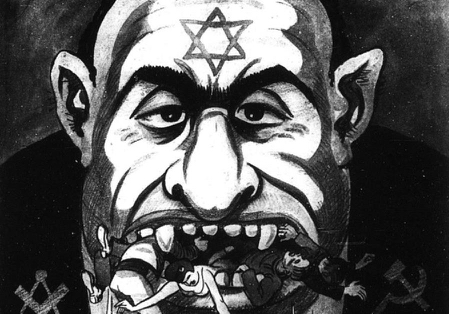 "There is a rational explanation and justification for Anti-Jewish feelings.

...a satanic element within Jewry is engaged in warfare

against mankind and that ultimately is the cause of Anti-Semitism."

YOU DON'T REPRESENT ME or they will be blamed for its deeds.

(Freemasons will see to that.)

I was born in Israel in 1985. My family are European Jews,

Ever since I was a young man I had an instinctive feeling that something is wrong in our world...

Satanism (Communism) is a tool of Jewish racism and enslavement.

Anti-Semitism is not a disease but rather a healthy reaction to the Satanic agenda of Organized Jewry (Zionism) who make up the "Illuminati". 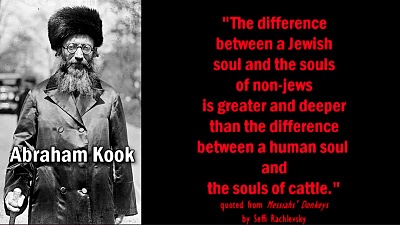 This unique combination of Jewish racism against gentiles and Jewish Satanism (Cabala) is the real cause of Anti-Semitism.

I always thought that non-Jews hated Jews for no reason like it's in their blood, that Anti-semitism is just an irrational disease that gentiles suffer from. That's what I was told...... I was shocked to see that Cabalist Jews control the International Banking, Media and the politics of much of the world and that these Jews are part of a racist Satanic cult. They are not uplifting mankind with their money power and media influence but instead degrading it so they are more easily controlled.

I soon realized that there a rational explanation and justification for Anti-Jewish feelings. I didn't know that there was a Satanic element within Jewry that's engaged in warfare against mankind and that's ultimately causing Anti-Semitism. I had always believed that Jews were a tiny poor persecuted people who were hated for no reason. I didn't realize that the Jewish grip over the western world was the reason why all Jews - including ordinary innocent Jews - were hated.


ORDINARY JEWS ARE IN DANGER OF TAKING THE BLAME AND SUFFER - WHAT SHOULD THEY DO?

98% of Jews just want to be left alone and don't desire the destruction of the European People. My Jewish friends are also puzzled by this suicidal behavior on the part of the White man for allowing migration. They don't like the promotion of sickness and degeneracy and the vast majority of them certainly don't desire the destruction of the European peoples. Like me, they were shocked that this was all promoted by International Jewish Organizations (International Jewry) and that their leaders are Satanists. I know the vast majority of us Jews are not in on it. But Organized Jewry along with Freemasonry is planning to enslave mankind and make us all (including ordinary Jews) slaves to Satan.

To break the endless cycle of Anti-Semitism we need speak out against the agenda of Organized Jewry and expose it to the light. The power of the light (Truth) will destroy it. How?  Jews who are awakened to this agenda need to form groups first on the internet and then in the open and openly denounce Organized Jewry and Jewish anti-gentile racism for their Satanic agenda against mankind and especially the White Race. 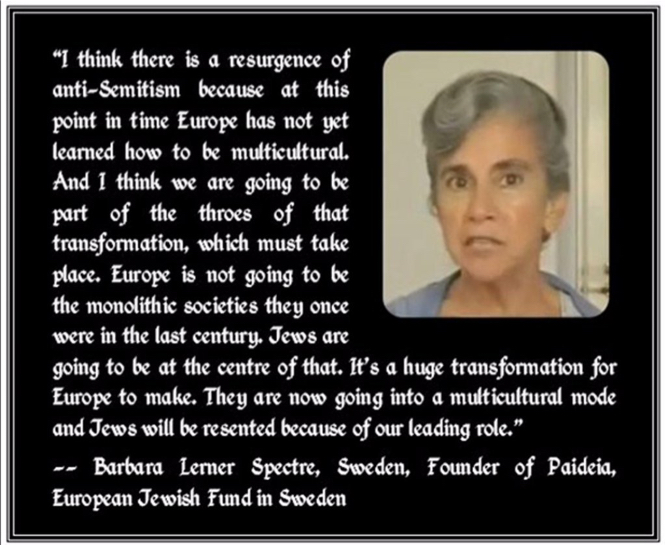 Jews need to openly say that they want nothing to do with this agenda, as I want NOTHING to do with this evil agenda. Ordinary Jews need to boycott Holywood, the Jewish American Media and Anti-White Jewish Organizations such as AIPAC and the ADL and SPLC.

Ordinary Jews who just want to live a normal life must understand, that the entire suffering of the Jewish people is solely the result of the Anti-White, Anti-Gentile hatred racist agenda of their leaders, organized Jewry and the Jewish religion.

As long as the Anti-White, Anti-Gentile agenda of Organized Jewry continues, ordinary Jews will suffer physically and economically and mentally. You don't have to suffer anymore! And you don't have to make anyone else or any other people suffer either. White Gentiles aren't your enemy!  The enemy lies within your ranks! Expose it and destroy it for the sake of Jewish children and for the sake of mankind.

THE PSYCHOLOGICAL WARFARE AGAINST ISRAELIS

Jews in Israel are brainwashed 24/7 that everybody is about to get them, that Iran wants to exterminate Israel, that the rest of the world wants Israel and the Jews gone, that Anti-Semitism awaits us at every corner, and that we are powerless tiny country. This isn't true. Israel has one of the greatest nuclear weapons arsenal in the world. We are the only country in the middle east with such capability and our nuclear missiles can reach any location and any capital on planet earth armed with 1-2 Megaton warheads. Israel is certainly not a powerless country as Jewish organizations would have you believe. This is all propaganda by Jewish organizations to make Jews unite against the Goyim and especially the Muslim world.

ISRAEL ROLE IN THE N.W.O

I believe that the Palestinians were treated wrongly by us when we stole their land in 1948. We were given other options to create an ethnic state for the Jewish people. So why is it that Israel was established?  Israel was not created as a nation for the Jewish people but rather as a nuclear military base for the Jewish-Rothschild-Masonic NWO. The strategic location of Israel on between Europe, Asia and Africa was the reason for it, as well as it's symbolic meaning for the NWO mafia.  Israel was meant to be the capital of the Satanic NWO and the One World Government as one of the founders of Israel and a former prime minister David Ben Gurion said: 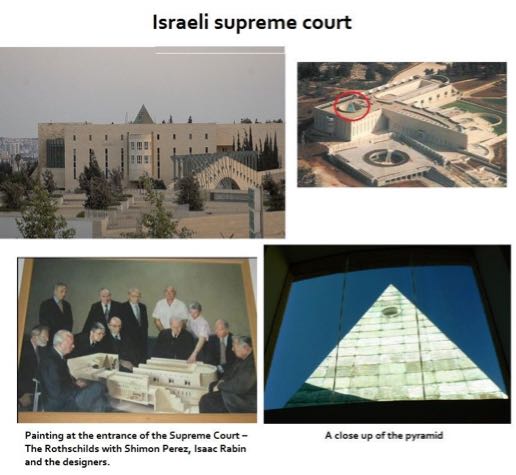 (Israeli Supreme Court built with a globalist agenda in mind)

I wish all peoples and races to exist and be preserved in their own individual homelands and for people to respect the other in the same way they want to be respected and treated....Peoples must recognize their natural borders but at the same time the can and they should be friends and treat each other with respect and trade with each other.... not steal each other's land, women and wealth.

The present situation in Europe isn't going to create a better world, but a world of more hatred and division and war. What's happening is unnatural. The only way people can love each other is if they respect each other and their differences. Destroying each other and displacing each other is a spiritual sin and what's happening today against the European people by Muslim-African invasion is harmful and genocidal. White Genocide must be stopped and reversed !!! Non-Jewish Whites can take their homelands back. And they can do it easily!

To my fellow Jews I say:

Expose Jewish extremism, and Satanism promoted by Organized Jewry and Freemasonry. This is how anti-Semitism can end. Ordinary Jews MUST expose the agenda and say that WE WANT NOTHING TO DO WITH IT.

To Europeans, I say You must take your lands back! send the aliens back to their ancestral homelands! Be proud of your race and heritage as the world wouldn't be the same without you! expose the politicians who had sold you out! Protect your race, your women and your children..Stop being Cucks!!!

To my fellow Jews I say:

Expose Jewish extremism, and Satanism promoted by Organized Jewry and Freemasonry. This is how anti-Semitism can end. Ordinary Jews MUST expose the agenda and say that WE WANT NOTHING TO DO WITH IT.