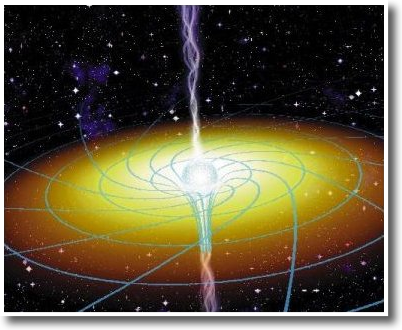 Those of you who attended our conference calls understand that my essence as the Christ child was brought into your hearts and there it remains and will continue to remain until the coming of my real physical self in a human body again in December of 2012.

I am bringing forth this information now for many reasons. One reason is that I want you to understand that while the year 2012 is related to the Mayan calendar, this event of my pending birth is related to the love that I have for humanity and my desire to be there when Earth is in alignment with your galactic center.

I want to take a moment and explain what being in this alignment means to Earth. Many of you understand gateways and those gateways usually involved openings where a rather small amount of energy came through as compared to what will be coming through at the end of the year of 2012.

Galactic center is expressed in information that has been revealed to the people of Earth, but what isn't generally known is that behind that center that we call galactic center is a large black hole. There are very similar worlds connected by black holes in the cosmos. It would be comparable to the yin and yang of energy that you understand in your world. But the difference is that while the energies might seem similar they are of a different construction. The world on the other side of the black hole while similar to Earth and her solar system is quite different in the sense that the people on that planet did not fall in their understanding.

So while those on Earth have struggled with the light and the dark, the mirror universe where a similar solar system and a comparable Earth exists in its construction, this Earth never had the entanglement of the dark forces. Therefore they are very advanced and in that advancement have arisen to a much higher level than those on your planet.

What this means is that the energy from that universe will be available to flood this universe in its entirety. At that moment when I arrive, Earth will be flooded with wisdom and advanced understanding that was never experienced here.

The growth will be amazing and it will happen all at once as I am being birthed by one who birthed me 2,000 years as she has incarnated again as has my father.

When I was on Earth 2,000 years ago, I carried a specific and special DNA throughout my physical body, as did my parents. Many understand that I had married Mary Magdalene and we had children. Some say one child, a female, but I want to tell you that we had three children together.

This means that my DNA and also my spouse's DNA, which was the same as my parents, was available to be inherited by our three children. Over those 2,000 years, this DNA has had the opportunity to spread among most of the people on Earth presently.

At my birth when these incredibly advanced energies are coming to Earth, I and my parents to be will trigger the DNA of all those on Earth who carry my DNA. This means that the gifts and abilities that I and my parents and spouse carried will now be recognized and integrated into the working abilities of all those who share my DNA. It also means that you will remember who you are and your connection to the Source of all.

Beginning next year, 2009, we will be connecting with you and explaining how all the new energies that will be coming to you during the year will elevate the physical and how to use these energies for your spiritual advancement.

the story that has been told to us is gay lol