Has the Galactic Federation Grounded the Space Shuttle Program?

The shuttle Atlantis touched down for the final time on the 21st of July, 2011,
marking the end of 30 years of, well, shuttling I guess.
That's what the space shuttle was designed for, was it not?
The huge cargo bay was obviously designed to shuttle large amounts of tax payer bought goods somewhere.
NASA, who will locate first the furthest planet from our galaxy before they meander anywhere near the truth,
claims without breaking into laughter that all those outrageously expensive missions
were to either pack the fridge in the Space Station galley or to conduct important experiments,
although finding out how much tax payer dollars the elitists can skim
and launder from the program does not an experiment make.
(Remember the 500 dollar hammers and toilet seats?)
I find it quite interesting that a respected channel has reported that the Galactic Federation
have very recently removed U.S. military and/or civilian personnel from a space station on the moon
who were manning equipment that heightened the deadly effects of chemtrail spraying.
This lunar station would obviously need to be regularly stocked with beer and pretzels,
and the space shuttle’s large cargo bay would be just perfect for such a task,
although the ’72 Pinto-like engineering of our multi- billion dollar shuttles suit aerial shots
of Monday Night Football better than flights beyond our atmosphere.
Taking into consideration, however, that the U.S. military has been given
interplanetary spacecraft technology through a very ill advised deal
with our local neighborhood devaluation specialists the ‘grays’ from Zeta Reticuli,
and the recent discovery by an amateur astronomer of a space station on the surface of mars,
it would not be a stretch of the imagination to believe that supply missions have been carried out
utilizing either the shuttles or other more suitable craft.
It would therefore only make sense that these missions have been permanently grounded
by the Galactic Federation who have vowed to prevent Earth’s dark cabal from interfering with
the ascension of humanity into a higher dimensional existence.
That’s one small step for man, one giant setback for the Illuminati.
Namaste

Thank you besimi and claud for another wonderful post.

Just another one of the 1000 questions i ask my self in the search for truth.  Alex Collier says he is told that the moon is artificial and brought here by alien life a long time ago.  Horus says it was formed from when Tiamat split.  Who is telling a lie?  Alex or Horus?  Another question to ask is are both parties telling what they believe to be true and being lied to by another entity. 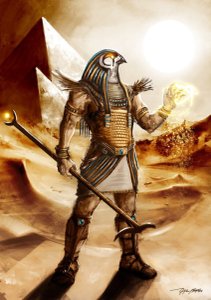 ...Dear ones on the surface, I Horus am here today to tell you of an advancing movement that is going to interrupt the ideas that the illuminati have implemented on the moon. It is well known through certain channels that there is life on the moon and that there has been for eons. In fact once it was created from the splitting of Tiamat it has had some form of habitation.

One of the things that are taking place on the moon as I speak is the continuation of the intervention that began 50 years ago by the Galactic Federation and other members of our cosmic family. There has been much intervention in place on the moon that the illuminati from earth have been implementing in order to assure their power place on the planet and to seek control over weather patterns and cosmic affects on earth.

This is coming to an end dear ones, because through their haste in the past few years to bring to their ideal the effects they are having on earth, they have become lax and have caused some leakage of a multitude of chemicals and dangerous energies to filter out into the cosmos beyond the atmosphere of earth. Because of the effect this can potentially have on the rest of the universe our family in space has been intervening and stopping the leakage. They are not only stopping it, they are keeping a close eye on what is being done and as they see that measures are needed to shut down the equipment that has been being used, they do so.

There has been use of the equipment on the moon to further the poisonous effect that the chemtrails have had on the earth. This is being shut down as I speak. The illuminati are no longer able to monitor what takes place, for many of their people have been taken off the moon and delivered to a planet that is being readied for all of the ones who refuse to acknowledge what they are doing and how far they have strayed from source.

As you realize dear ones, we have been unable from within the earth and from out in the cosmos to do all we are capable of doing to stop what the illuminati has been doing. That is because of the directives that have been in place since time began. Now these directives are being compromised, and we are beginning our process of shutting the destructive forces down, due to their inability to be able to control that which they have created. It is beginning to backfire on them, and we are in place to see to it that nothing adverse happens to the universe because of it.

There is a beautiful loving universal home out there awaiting your release from the bounds of duality. We are monitoring from inside the earth and from throughout the universe these last crucial times of the duality of humanity. We are seeing more and more that you are awakening to the powers that you have. We see that within a very short time you will be a majority on earth who are able to realize that life as you have known it is not the reality that is necessary to lead a wonderful, empowered, free life. You are opening up to the power you have within to create your world in the way that is in harmony with all of existence.

As this intervention by our cosmic family takes place you will find more and more that you are experiencing the release of all that cellular memory that has been holding you back. As that happens I suggest that you tune in to the wonderful music, energies, and Truth that is available to you all over the globe. Listen more and more to that inner voice that whispers and sings to you of your power to create freedom in your life. You are the true powers of this w