Eyewitnesses - The ship near Saturn

I have no idea how I found this but I do know that this information has profoundly affected me.

There is this guy named Riley Martin that was contacted and taken onto a ship, transported to a "mother ship" near Saturn. He tells his story in a handwritten letter: 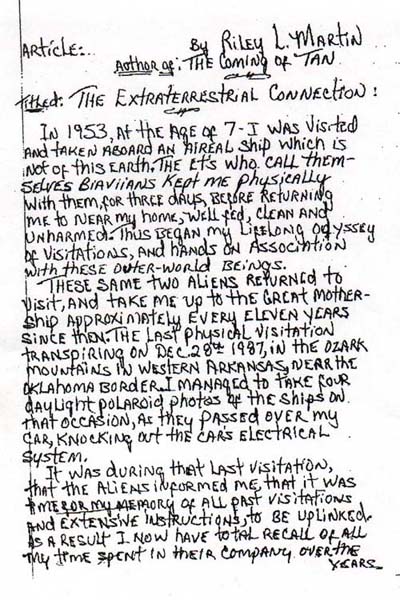 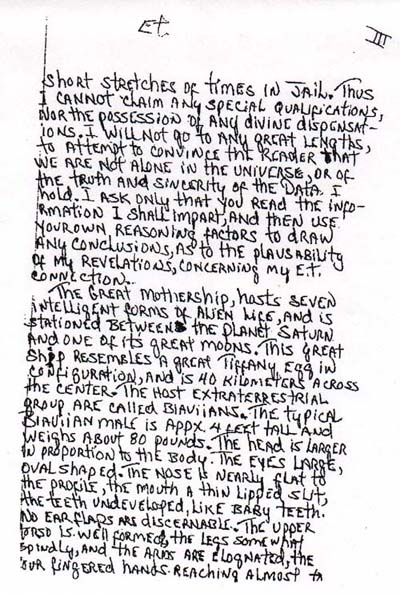 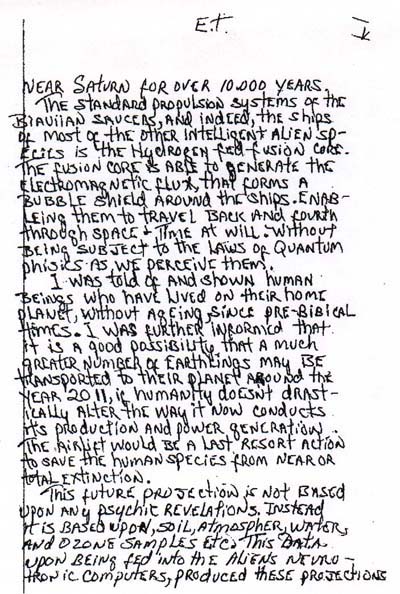 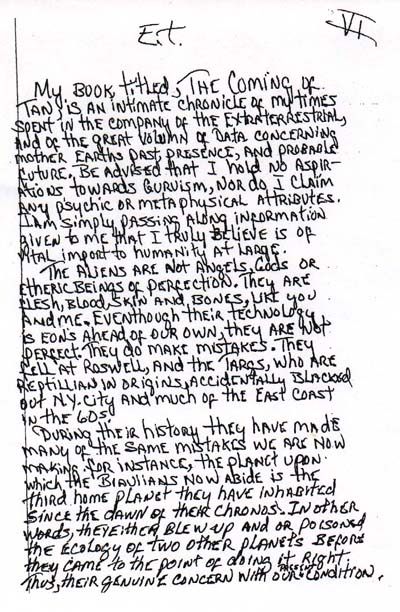 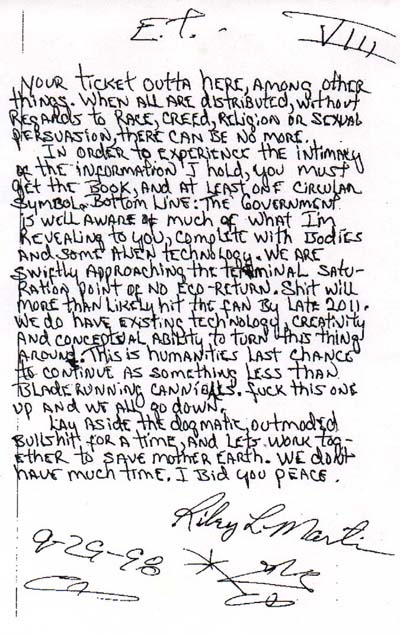 Here is a recording of one of Riley's interviews on Coast to Coast:

Purchase my symbols? Buy my book? Well, I guess it just goes to show that none of us are perfect. Obviously Riley is trying to profit from all of this. However, don't let that cloud your perception of what this truly is and what has happened. Riley was on the Coast to Coast show and this guy named Michael from Hawaii called in and told them that he had a similar experience, even meeting Tan and Nella in the commuter ship on the way to the mother ship near Saturn. Michael had an incredible experience, and was very articulate about what happened and the information he received from these beings. He had lots of questions and they gave him answers. Of course, everything Michael tells us is flavored with his particular faith and understanding and belief systems. We should start by kind of reading between the lines.

If you go to http://helloearth.info/ there is a bunch of information regarding the ship near Saturn.

Oh, and, guess what? NASA has a little craft that they launched into space named Cassini - it is currently orbiting Saturn and sending us some really awesome pictures of Saturn and its moons. Just incredible. So, interestingly enough look at one photo that was sent back from Cassini:

NASA said they do not know what this object is. They have no explanation. Both Riley and Michael say they know exactly what it is.