Do Jews Put Themselves in the Line of Fire? 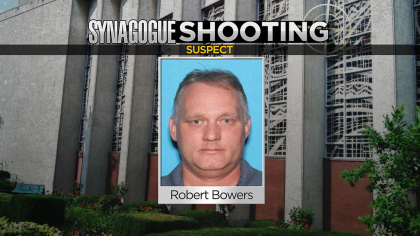 Why do Jews act as human shields for the satanist banking cartel?
This is the first major US antisemitic attack in my memory. Whether this attack was a psyop or not, its effect will be to identify Jews as responsible for the NWO, when we all know it is much broader than that. It involves the banking system on all who depend on it.  Money is the lifeblood of society. It has permeated our bloodstream.
This atrocity will also pathologize opponents of the NWO by portraying them as racists and extremists. Apparently, Bowers believed Trump was a "puppet of Jewish interests."
Two years ago, I asked, Why do Jews put themselves in the line of fire by refusing to acknowledge, let alone renounce the satanist Masonic Jewish conspiracy?
Even though they may have no personal responsibility, they will throw their bodies into the line of fire. They will defend the bankers just because they're fellow Jews. They have been trained that anti-Semitism does not discriminate between innocent and guilty. But it does. Jews can opt out of the Masonic Jewish Conspiracy. They never opted in. They don't have to take the rap.
from Nov 8, 2016
by Henry Makow Ph.D.
What if you were born into a satanic cult but everybody said you were "God's Chosen people."  But you discovered you were Lucifer's?

What if the leaders of this cult were probably responsible for most for mankind's problems?
What if they wanted to sabotage humanity by attacking the four pillars of human identity -- race, religion, family and nation -- in order to re-engineer us. What if they stole a country including people's homes and farms in order to establish a capital for their world empire?
What if they undermine the love between man and woman by brainwashing women to eschew marriage and family. Indeed they attack the idea of gender altogether. 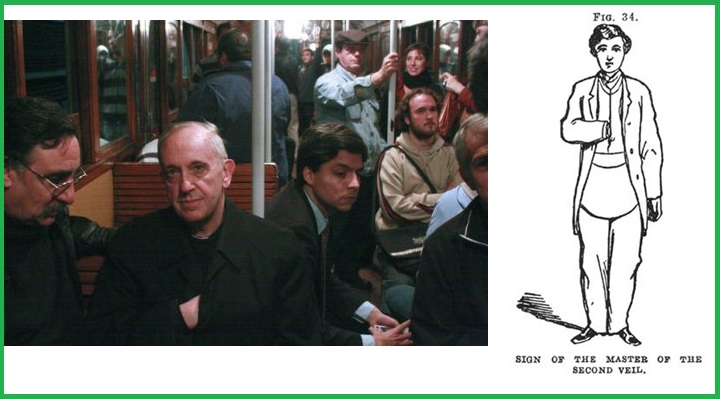 They wage war against third world countries and then let these poor people inundate first world countries while keeping Israel pristine. It's OK to build a wall around Israel but don't let the goyim try it! They sabotage religion by putting their imposters in leading roles like the Freemason Pope Francis.
"God" has become a dirty word. God is Truth. They wish to turn Truth upside down so they can be on top. They would rule over hell rather than have to share paradise. Some socialists!
While this satanic cult wages a vicious and destructive war against mankind, they have so little empathy, they can't comprehend why they're disliked. They're all about creating a solipsistic reality which conforms to their self-interest and perversions. They accuse their victims of "hatred" and get them expelled or fired.
They put their agents in control of the economy, government, religion, education and culture (media) in order to prevent the people from resisting this oppression. They censor or deny funding to anyone who threatens their hegemony and spend millions on porn and violence to distract and degrade the masses.
WHY?
Which brings us back to the original question.  We're talking about "the Tribe" of course. Why do so many Jews buy into the Masonic Jewish Conspiracy? Don't they know that Judaism which is defined by Kabbalah is a satanic cult? What would you do if you were a Jew?

Things seem to be working in their favour. Jews and their Masonic go-fers enjoy a privileged position. Does this explain why the vast majority choose complicity?
They know they will be ostracized and lose their jobs if they speak out. A pretty strong disincentive.
The only Jews I know are members of my own family. They are in denial. They don't believe that what I describe is actually happening. Nor do they really want to hear about it or would believe it even if proven true.
They would sooner consider me an oddball or worse than invest a couple of hours actually researching the problem. They have bought the Jewish narrative, that Jews were innocent God-fearing people unjustly persecuted due to "bigotry." They can't comprehend that this "persecution" was actually the defence mechanism of their victims. I think it's preferable to know why you're hated than to think it's for no reason.
Even more dumbfounding, far from opposing the diabolical Cabalist agenda, they will defend it. Even though they have no personal responsibility, they will implicate themselves by defending the perpetrators just because they are fellow Jews. Why do they volunteer in the army of Satan?
In many cases, they have been brainwashed to believe that evil is good. They're liberals. 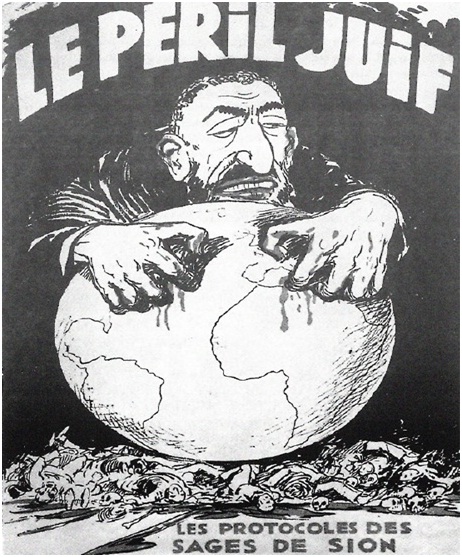 They think communism and socialism are really about distributing wealth. They think children ought to be taught that same-sex attraction is healthy and normal. People should use the bathrooms of whatever gender they "identify" with. Sexual profligacy is liberating. Economic migrants are refugees. Truth is unknowable and values are relative. There is no God and life makes no sense so we invent our own reality.

Comments for " Do Jews Put Themselves in the Line of Fire?"

For me, "CW"s statement that the totally talmudic, police state tyranny, mislabeled "Homeland Security" ran drills at this very synagogue is proof positive that it is another false flag media political lie for world conquest purposes.

It is a major, difficult to overcome, problem for these satanic world ruler wannabes that American citizens own more man-to-man firepower than any military in the world. Unless they get control of those weapons they can never achieve a soviet/China style mass butchering of the nation's independent, Christian especially, thinkers.

Couple this to a few people such as yourself and Ron Unz awakening too many secular Jews to reality, which can become the reversal of a major power used by the Satanists to retain their control over the minds of mankind (as the Jewish mindset from birth tends to create motivated activists in their beliefs).

Those facts in mind, I see more and more desperate attempts to hold the minds of liberals in general and, especially motivated Jews in particular, under an escalating body of ridiculous lies presented as "theater" which honest minds just can't continue to absorb without a vast mental vomit of the whole massive lie structure.

Keep in mind that in the last presidential "election" it was Hillary who was slated to "win" (until pizzagate disclosures stopped her enthronement) and that, back in 1991, a braggart elitist announced that "when they put Hillary in she will declare martial law." Do NOT be surprised if Trump does that very thing, and with simple minded "conservative" approval.

This latest false flag and the really phony, media hyped to the nth, creation of an army in Mexico, which is intended to be pushed into the U.S., as well as the recent totally corrupted addition to the not-so-supreme court, may very well all have to do with that martial law objective, a necessity for attempting to confiscate the weapons of Americans.

I really enjoy reading your articles every day. Thank you for doing this great service, as it's a highlight of my morning to see what you have written. Your article today, "Do Jews Put Themselves in the Line of Fire?", is a great example of the poignant, concise, and astute point-of-view that cuts to the heart of the matter. There is no one else writing today, that I am aware of, who has your ability.

The purpose of this latest shooting is to stifle criticism.

There is absolutely no doubt that Donald Trump is supported, owned and operated by the Zionist Jew power structure. It is a verifiable fact. It is a fact the mainstream media and mainstream alternative media alike will dare not touch.

Anyone ignoring this fact and not exposing this is either incredibly naive or bought and paid for to sell you disinformation.

Donald Trump is absolutely surrounded by and has appointed psychopathic neocons and Rothschild Zionists. Yet many are in delusion and denial, largely in part due to their desperate desire for a savior. And this is what the elite have counted on. It is through this desperation and demoralization of a collective consciousness sick and tired of a corrupt system of government they were able to once again pull off another dog and pony show and manipulate people into believing that once again things could be different this time, through the obsolete and meaningless system of voting, hope and change 2.0.

This issue is a tinderbox since the anti-Semitic card is being plaid again big time but have you seen that DHS had run drills at this specific House of Worship? Have you actually checked out those killed as real or video camera EVIDENCE? I am really worried [CNN again]cause my Jewish friend called me and is very upset that this event confirms Jews must not trust the Goy.He feels Amalek is still real and they want to destroy all Judaism...

I think it would be hard to grow up Jewish in these strange times.

I can still remember when being Jewish wasn't the issue that it is today.

The Jews I grew up with mingled well with most everyone. We called ourselves Americans back then and use to joke about our racial heritage. We weren't sensitive about the names we were called like we are today. I remember all the Polak jokes that use to go around and never heard a Polish person complain about them.
This was the age when the mantra was "sticks and stones may break my bones but names will never hurt me".
Today, in this age of political correctness what name you call a person is considered far more damaging than how you treat that person. That's the sign of an intellectual perverted society that is in the state of decay.

All this "anti-garbage" didn't exist either. You were judged by others by the person you were rather than who or what you liked or disliked.

When I mentioned the Protocols of the Learned Elders of Zion to my Zionist, duel Israeli-American citizen brother, he hit the roof. It was like a red-flag to a raging bull or swastika to a Jew.