~Cymatics and Creation~
http://www.sozra.com/cymatics.html
Cymatics is the study of the structure and dynamics of waves and vibrations. These are fundamentals of music and development of life. Without these waves & vibrations there is no creation, sound or music.

In 1787, the musician, physicist and jurist, Ernst Chladni laid the foundations for the study of acoustics, the science of sound. Among Chladni´s successes was finding a way to make visible what sound waves generate. With the help of a violin bow which he played perpendicularly across the edge of flat plates covered with sand, he produced patterns and shapes today called Chladni figures. Chladni demonstrated that sound actually does affect physical matter and that it has the potential for creating geometric patterns.

Later in 1967 the late Hans Jenny, a Swiss doctor, artist, and researcher, published the bilingual book Kymatik -Wellen und Schwingungen mit ihrer Struktur und Dynamik/ Cymatics - The Structure and Dynamics of Waves and Vibrations. In this book Jenny, like Chladni hundreds of years earlier, showed what happens when one takes various materials like sand, spores, iron filings, water, and viscous substances, and places them on vibrating metal plates. What then appears are shapes and motion- patterns which vary from the nearly perfectly ordered and stationary to those that are turbulently developing, organic, and constantly in motion. The tonoscope was constructed to make the human voice visible without any electronic apparatus as an intermediate link. This yielded the amazing possibility of being able to see the physical image of the vowel, tone or song a human being produced directly. Not only could you hear a melody, you could see it.

"The universe, believe it or not, is nothing other than a giant musical instrument with a very special but predictable pattern of harmonically related oscillations which determine the structure of everything from galactic clusters to subatomic particles. The single axiom of the Harmonics theory is that ... the universe consists of a wave which develops harmonics and each of these waves does the same."

- Ray Tomes - Cycles In The Universe 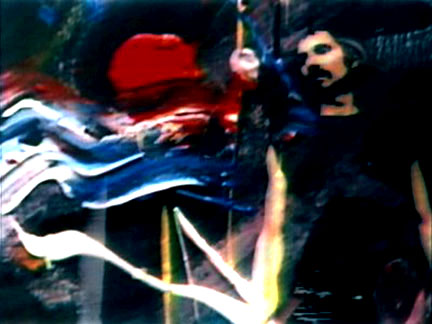