Anomaly associated with the Black Stone is removed. 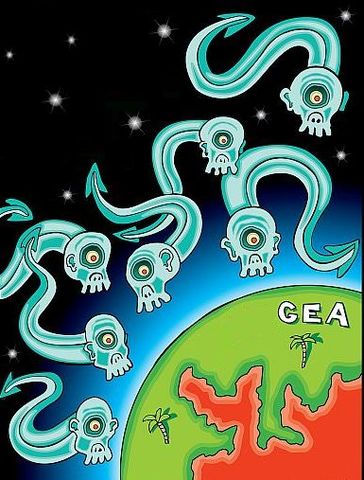 I will mention two of those plasmoid entities here and they will be cleared and removed exactly in the same way as Yaldabaoth.

The first one is a wormlike entity that was teleported through the Congo portal from Rigel star system between 1996 and 1999. This entity is trying to cut the surface population from Light, it is trying to suppress spiritual growth and the Ascension process. This entity is carrying the vast majority of all still existing advanced plasma scalar weapons in its body and is using an advanced fuzzy logic computer program to direct those weapons to suppress Lightworkers and Lightwarriors as much as possible. The removal of this entity is top priority for the Light forces right now.

To refresh your memory, these are circumstances associated with the arrival of this entity to planet Earth:

The second entity is a less powerful wormlike entity that was teleported to Earth between December 2004 and June 2007. This entity is trying to suppress the Goddess presence and Goddess mysteries.

There are also many lesser plasmoid parasitic entities that escaped to Earth during the purification of the plasma of the Solar System in the years between 2001 and 2017. 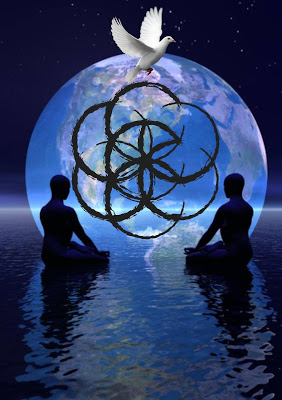 If you feel so guided, you can use the following meditation to help dissolving alt those plasmoid entities and toplet bombs associated with them:

Or you can hep the Light forces by participating in meditations listed here:

When there will be meditations of planetary importance in the future, they will be announced directly on this blog.

Meanwhile, there is a lot of progress in soft Disclosure about life on Mars:

And about future colonies on the Moon and Mars:

We will finish this update with a little inspiration: