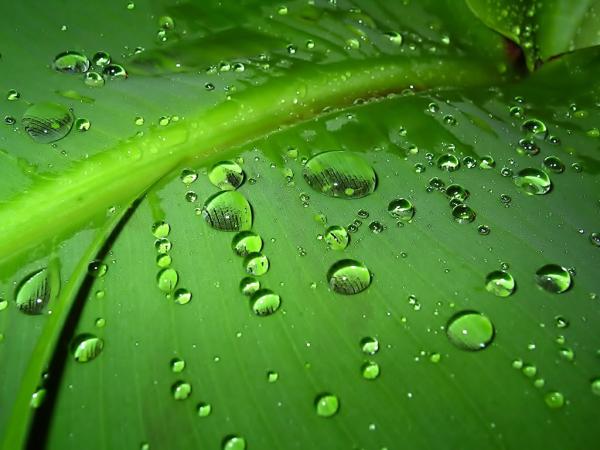 Someone asked me recently about if and when there will be any physical body improvements concerning the ongoing Ascension pressures, aches and pains. The situation is that when something physically hurts due to the ongoing transformational Ascension Process, it's because there are improvements happening to us and our bodies and brains!

Old polarized 3D consciousness and belief systems have taught us that if something hurts in our physical bodies it's automatically a warning sign that something is "wrong", that something is "sick", that something is "not working correctly" and needs a doctor to fix it, typically from some chemicals in pill form. Another old lower 3D belief system about body pain is one of guilt. You must have done something "bad", something "wrong", something "incorrectly", or you "overworked it", or you "don't exercise enough" etc. A huge sense of frailty, guilt, shame, blame, dis-empowerment and separation about and within our physical bodies and why they hurt. Is it any wonder why so many people are confused and worried about why their body hurts—and in such strange ways—due to the Ascension Process?

This Ascension Process is about higher frequency Energies and Light Energies coming into our solar system, our Sun, and on to Earth and humanity as a cosmic way to trigger compressed and rapid evolution/ascension out of one dimension and level of awareness (3D), into a higher dimension and level of awareness (5D). When higher vibrating, higher frequency energies and Light comes into contact with lower, slower frequencies, more dense, less Light-filled energies, emotions, and polarized bodies and consciousness it causes physical pains within our physical bodies. It also causes plenty of emotional, mental, psychological, and psychic pressures and pains as well.

When we repeatedly feel the Ascension related aches and pains it does not mean we've done anything "wrong" or that we're "flawed", or that we've "sinned", or that we're "sick" or "broken" etc. Those aches and pains indicate that our bodies and brains (and everything else) have been triggered to evolve, and to do so in a very short span of linear time! It's a great sign, a very positive indicator that you've chosen to stay in your current physical 3D body and evolve/ascend it into the much more Light-filled 5D version. In this case you could say, "No pain, no gain" is an accurate indicator of how you are continuing to evolve and take on increasing amounts of Light energies within your physical body, brain, and everything else which alchemically transforms it into something very different.

Another aspect of this that I suspect some people are still confused over is the old lower polarized 3D consciousness and beliefs about linear time, space, and physical distance. I'm talking about how many of the 3D "professionals" are only aware of and believe in linear time, space, and distance and how it takes "time" between something happening in space and when it actually reaches Earth—not to mention if that event will have some (if any) effect on Earth, humans, animals and life on Earth.

Since yesterday, July 3, 2011, I've strongly felt those old familiar body aches and pains—aka the "Ascension flu", joint pain, muscle weakness and fatigue, head and skull pains, deep exhaustion, and repeated waves of body chills similar to when you have a fever. Today, July 4, 2011, these body pains and chills were much worse so I did what I usually do to confirm what I'm feeling in my physical body; I went to Spaceweather.com to see if the Sun is doing anything. Here's what I found there today, July 4, 2011: (there's a link to Spaceweather.com in my sidebar LINKS area.)

INCOMING CME: "During the early hours of July 3rd, NASA's Solar Dynamics Observatory recorded a mild but beautiful explosion near growing sunspot group 1244. The B9-category blast hurled a faint cloud of plasma toward Earth, which could cause some geomagnetic activity when it arrives on ~July 6th. This is not a major event."

According to the old 3D "professionals"

this "Incoming CME" (Coronal Mass Ejection) won't even reach Earth—forget about how it affects humans and other life on the planet—until July 6th, yet, I've been profoundly physically affected by this latest Solar energy event since the start of July 3rd. When the Sun does anything it affects us immediately and does not take days for the Solar energies to travel through linear space/time/distance to, days later, finally reach Earth and humanity. The same is true with time-coded deep-space events like massive Energy Waves radiating out from the Galactic Center (GC) which are further cosmic evolution/ascension triggers for humanity, Earth, our solar system and beyond. These are instantaneous energy events that happen and affect us, change us, help us evolve/ascend from the very first second they happen.

My point is that you will feel and be affected by cosmic, solar, galactic and Light Energies when YOU feel them and not necessarily when the so-called "professionals" believe they'll reach Earth. Don't instantly and automatically believe that you're "wrong", or that you're "incorrect" or "confused" because you're being affected by solar, cosmic, magnetic, astrological, galactic and universal Energies and Light Energies even though the "professionals" believe those energies haven't arrived yet, or that they cannot affect humans or Earth etc.

These "professionals" are now only sources to confirm what YOU already know from living it yourself first. YOU are your primary source of information now and these "professionals" information is to be used only as long as you feel you need or can benefit from what they have to say about what they believe and perceive is currently happening. Remember, they do not perceive reality—nor are they effected by it—in the same way you are so you've got to take what they say with a huge grain of salt, correct the timeline, make the necessary adjustments to what they've said, and always, always pay attention to what you yourself are experiencing, feeling, perceiving, and being affected by moment to moment. The rest of the world will catch up to you if and when they can, otherwise YOU are your #1 source of information now. This is another aspect of the new responsibilities I mentioned before; expanded consciousness always brings with it new responsibilities. Not difficult hardships or burdens, just expanded responsibilities with expanded awareness and being.

Copyright © 2011-2012 Denise Le Fay. All Rights Reserved. You may copy and redistribute this material so long as you do not alter it in any way and the content remains complete, credit is given to the author, and you include this copyright notice and link. http://deniselefay.wordpress.com/

Comment by Trudy on August 16, 2011 at 3:56pm
A friend (21) of my son approached me and told me he had a dream of a voice talking to him in a dream telling him to be aware of big earthquakes when the planets stand all in one line!!!