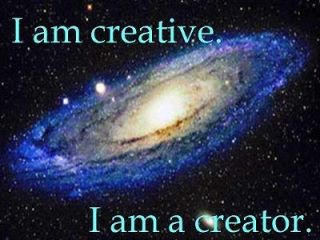 
- They have trouble feeling at home within traditional jobs and/or organization structures. Lightworkers are naturally anti-authoritarian which means that they naturally resist decisions or values based solely on power or hierarchy. This anti-authoritarian trait is present even if they seem timid and shy. It is connected to the very essence of their mission here on earth.


- Lightworkers feel drawn to helping people as a therapist or as a teacher. They may be psychologists, healers, teachers, nurses, etc. Even if their profession is not about helping people in a direct manner, the intent to contribute to the higher good of humanity is clearly present.
- Their vision of life is colored by a spiritual sense of how all things are related together. They consciously or subconsciously carry memories within them of non-earthly spheres of light. They may occasionally feel homesick for these spheres and feel like a stranger on earth.
- They deeply honor and respect life which often manifests as a fondness for animals and a concern for the environment. The destruction of parts of the animal and vegetable kingdoms on earth by human doing invokes deep feelings of loss and grief in them.


- They are kind-hearted, sensitive and empathic. They may have trouble dealing with aggressive behavior and they generally experience difficulties in standing up for themselves. They can be dreamy, naive or highly idealistic, as well as insufficiently grounded; I.e., down-to-earth. Because they easily pick up negative feelings and moods of people around them, it is important for them to spend time alone on a regular basis. This enables them to distinguish between their own feelings and those of others. They need solitary time to touch base with themselves and with mother earth.


- They have lived many lives on earth in which they were deeply involved with spirituality and/or religion. They were present in overwhelming numbers in the old religious orders of your past as monks, nuns, hermits, psychics, witches, shamans, priests, priestesses, etc. They were the ones providing a bridge between the visible and the invisible, between the daily context of earth life and the mysterious realms of the afterlife, realms of God and the spirits of good and evil.


For fulfilling this role, they were often rejected and persecuted. Many of you were sentenced to the stake for the gifts you possessed. The traumas of persecution left deep traces within your soul’s memory. This may presently manifest as a fear of being fully grounded; I.e., a fear to be really present, because you remember being brutally attacked for who you were. (Jeshua, “Lightworkers I,” through Pamela Kribbe, at http://www.jeshua.net/.)


When lightworkers have made their way through their karmic burden, which means to release the need for power in any way, they will realize that they are essentially beings of light. This will enable them to help others in finding their own true selves. But first they have to go through that process themselves. This generally demands great determination and perseverance on the inner level. Because society feeds them values and judgments which often go against their own natural impulses, many lightworkers have gotten lost, ending up in states of self-doubt, self-denial and even depression and hopelessness. This is because they cannot fit into the established order of things and they conclude there must be something terribly wrong with them.


What lightworkers have to do at this point is to stop looking for validation from the outside – from parents, friends or society. At some point in time, you who are reading this will have to take the momentous leap to true empowerment, which means to really believe in yourself and to truly honor and act upon your natural inclinations and your inner knowing.