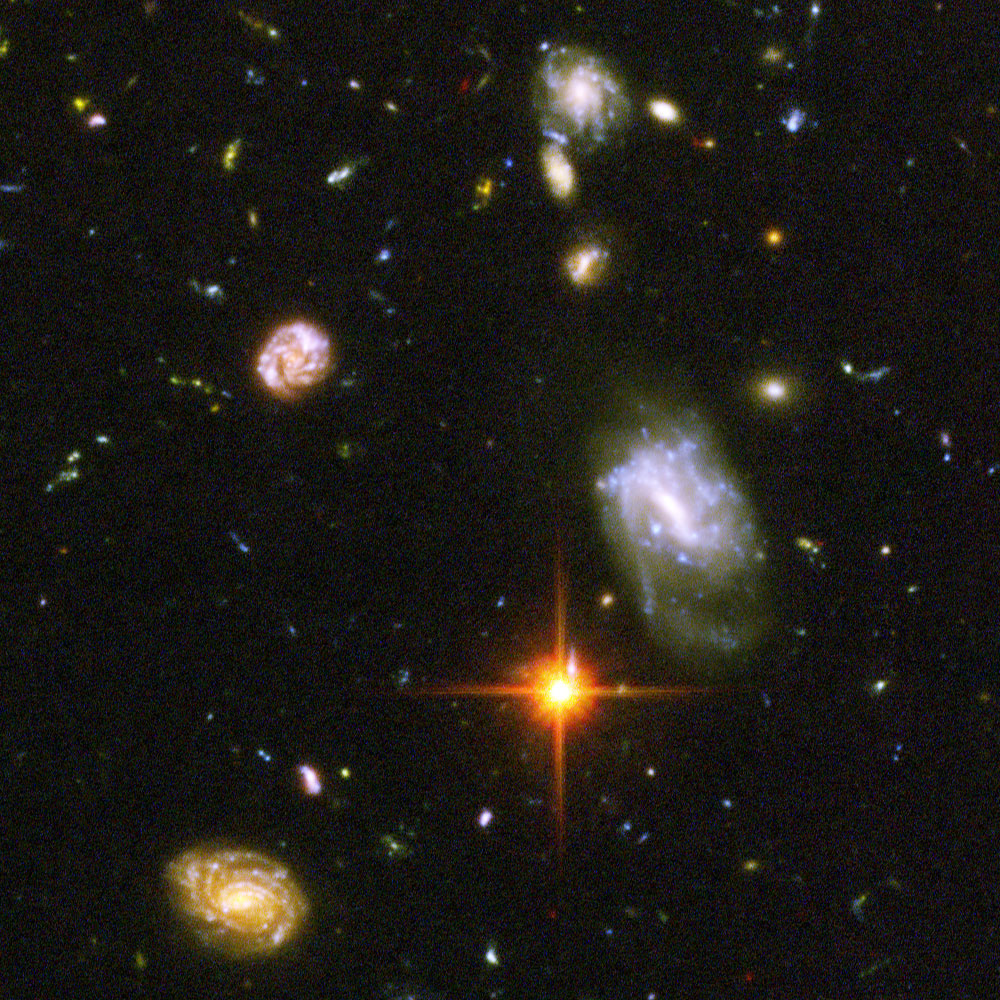 The great flames in the cave that is the world-Earth, have tirelessly attempted to transport the aspirant to the totaltiy of HyperNow. This has been done since the first entity on planet reached a state of emaculate bliss, and interest in gross pursuits faded without effort...preferring instead to dwell in HyperNow-Ecstasy.

The great illusion, especially held dear in "civilized" society, is that the loss incured through having, doing, and saying less, is too painful, and too much of a sacrifice for too little reward.

The Now is all you need; All you need is Now. THIS. Theeeen, THIS.

WHEN DO NEW YEARS COME IN SPACE?"

Comment by Amy Taylor Jenkins on January 2, 2009 at 11:24pm
Awesome pic of Galaxies. I had just seen this same picture a couple of days ago for the first time, in a book I had gotten from the Library, about the Hubble Telescope.

Comment by Rebecca Shannon Ling on January 1, 2009 at 3:58am
WHEN DO NEW YEARS COME IN SPACE

hahahhah quote of the day