"If you have lost your home to foreclosure since May 21, 2009, you were eligible under P.E.R.S for the discharge of the debt for the redemption and return of the property to you. NESARA

If you have recently lost your home to foreclosure or if you
are presently entangled in a foreclosure action, then

This is a must see!

"BOHEMIAN BANKRUPTCY" (With Apologies to Queen :-) How Sad but True !

I am the Custodian of the Plan of God. I am the New Direction. I am the Way for all men. I hold the Secrets of Old. I bestow Bliss. I create the desire for Truth.

I am the Custodian of the Plan of God. I am the New Direction. I am the Way for all men. I hold the Secrets of Old. I bestow Bliss. I create the desire for Truth.
"I make all men One. I come to realise My Truth through men. I am the Saviour of Old. I am the Teacher of the New. I am the Guide for the Future Time. I am the Law embodied. I am Truth Itself. I am your Friend and Brother. I am your Self. My purpose is to show man that he need fear no more, that all of Light and Truth rests… Continue

INDUCED 'HEART ATTACK' ASSASSINATION METHOD
The following information, referencing the 'Venus ECCM [Electronic Counter-Countermeasures] Murder Technique', is almost certainly 'out of date', but gives you an idea about how Satan in his manifestation evident in some cases of 'sudden death syndrome' by 'heart attack', operates. This assassination technique will give the victim a massive heart attack or stroke, or both, resulting in his death. Our sources elaborate, citing a semi-technical… Continue

BenjaminFulford : More about the Queen

More about the Queen

It seems I have upset the Queen of England with some of my recent writings if the reactions of her bulldog Christopher Story are anything to judge by. Although Story has said in the past his phone number is listed and to please call him, he did not answer any of several calls made to him nor did he call me back.

So, let me explain why I wrote what I did about her. Basically, as a journalist, if I hear from reliable, authoritative sources information… Continue

One of Japan’s most ancient and secret societies has gone into active mode. It is known as Yatagarasu or the three-legged crow. According to legend this crow led the original inhabitants safely to Japan in ancient times. It’s members are never registered with any government body at birth so they are essentially off-the-grid “non-people.” They receive a very special education steeped in ancient Shinto, Tibetan and… Continue

(add to previous articles on Stillness)

Dear Ones, we wish to provide a bit of clarity. We are on the cusp and all that you have gleaned from us leads to this point.

The pressure is great at this time and this pressure includes all of existence. Your planet is the key log, as we have stated before. The pressure of the key log leads to the next step. And in this next step, there will occur… Continue

ARRESTS OF BANKING STAFF AND OTHERS, including HIGH-LEVEL bank officers

We are receiving reports from respected and usually reliable 'connected' sources of ARRESTS OF BANKING STAFF AND OTHERS, including HIGH-LEVEL bank officers, 'all over the place' in the United States. Our sources repeat that HIGH-LEVEL ARRESTS ARE AND HAVE BEEN TAKING PLACE TODAY and imply that they have been going on all day with devastating impact.

Certain other sources are currently unavailable to… Continue

We have named our source John Robie, after the charismatic character played by Cary Grant in the classic 1955 movie To Catch a Thief.… Continue

I thought I'd write something headed into this weekend. I continue to believe that next week will be the week that shakes the financial world at its foundation… we may even witness the opening of Pandora's Box on the gold and silver manipulation for the entire world to see!

The following are some of the important converging events that, in retrospect, will have foretold the end of the Banking Cabal that controls EVERYTHING in our lives today.

BenjaminFulford:The BOJ, the BOE, the Queen, Obama, the Feds in desperate final gambit

The BOJ, the BOE, the Queen, Obama, the Feds in desperate final gambit

As the clock ticks towards the final deadline for the Federal Reserve Board Obama, Queen Elizabeth, her slave Japanese Prime Minister Yukio Hatoyama, the Feds and a Chinese faction are all struggling to preserve their power at all costs. The Queen has offered to turn over Japanese sovereignty to the Chinese by 2011 in exchange for their cooperation, according to a senior Japanese secret government source. Hatoyama… Continue

“Hitler was born in 1889 five years before Edward VIII, when "Georgie" (Victoria's favorite) was 23, long before his marriage to May Teck.… Continue 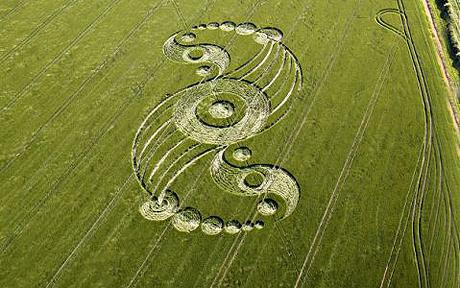