Today is a sad day for me and my wife we run a business called petpaws in the Uk, www.askpetpaws.com We operate an animaml ambulance service along side other pet care services,we were called to a house with a filthy garden where a dog had passed away,the owner said it had been poisoned(no sign of that)the dog looked as if it been starved,it was lying in  a dirty yard not covered up,his name is "killer" about the size of a large cat about 3 years old,I…

"The Occupiers Have Already Won"

The Occupy Movement.
With the advent of this movement two months ago,
the politics in this nation has been permanently changed.…
Continue

A lightbody, or homo luminous, is simply an overlay of higher dimensional energy that anchors into our physical self when we are of sufficient frequency to sustain the connection. This etheric matrix raises our vibration to match that of source, and the occurring earth changes. Giving the physical 3D body…

"Non-Resistance, Non-Judgement, and Non-Attachment ~Are The Three Aspects Of True Freedom And Enlightened Living.”

Are The Three Aspects Of True Freedom And Enlightened Living.”…

In my investigations I find no real truth in the medias reporting, of the newly existing, and some discovered "planet like" objects.

I have found 19 names given to the largest celestial body! Amazing isn't it?

Increasingly on my mind, is getting my Preparedness Pack completed. Want to be ready in case I have to pick up and go !

I want to hear your opinion on a personal matter...

I remember when I signed up on SoE back in October 2008, I was the 14th member. Wow, time passes so quickly. There are so many lightworkers on here now! Well, I am not someone who usually posts a blogs but I had a strong urge to ask the members of SoE about their opinion about a personal matter of mine.

Probably no one knows but I am a third year medical student. It has been a rough journey for me, but its not over yet. I am at a point in my life where I will be…

War of the Worlds

Consensus Building: The art of dialogue

The art of “dialogue,” first proposed by British physicist David Bohm, is a communication skill in which a group explores feelings and ideas in an unstructured way to create greater understanding, deeper connection and a new synergy of ideas. Bohm, a physicist who believed in the unseen unity of all matter, grew convinced that our version of reality is…

Through the Wall in Time

How To Erase Your Digital Footprint

Saturday, November 12, 2011 How To Erase Your Digital Footprint
by Jeffrey A. Lambert
via beforeitsnews

Think about all the things you’ve used your Internet for in the past 24 hours. You’ve probably checked your email, updated your Facebook status, paid some bills through online banking, read up on the latest news, and took the time before bed to video chat with a far-flung childhood friend. Even after logging out and turning off your computer, the information you’ve just…

11 Shocking Things You "Now Realize" To Be True !

(but you never would have believed just three years ago)
Friday, November 11, 2011
by Mike Adams, the Health Ranger
Editor of www.NaturalNews.com

(NaturalNews) We are living through a time of…
Continue 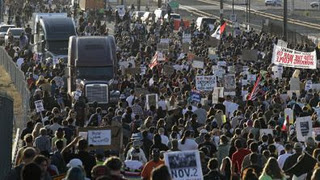 
An illusion it will be, so large, so vast it will escape their perception.

Those who see it will be thought of as insane.

We will behave as if we are not connected to keep the illusion alive.

Our goal will be accomplished one drop at a time so as to never bring suspicion upon ourselves.

This will also prevent them from seeing the…

This message was handed directly to Mi6 on Nov. 7

Pass it on to anyone else who may be interested.

And tell them that Isis walks the Earth.
She is a beautiful teenage girl.


Search the Royal Diary archives and find out the truth behind…

A Warning to the Rothschild, Who is Next?

Greetings to all Rothschild family members and their associates.

It seems your plan for a single Jesus currency has not gone as expected.

In fact, things over this past year have been going from bad to worse.

First Ben-Ali, then Mubarak, now Gaddafi, Assad after him, who next?

Before i tell you… When the answers to all of your questions are available within an instant, there will be no need of another channel. When my current channels are ascended masters, they will be on the other side of the channeling process. My work in this way completes them, and no more channels will have my communications. So be on the next ascension and deliver the messages, instead…