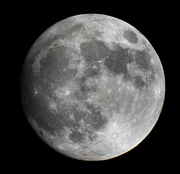 A group to discuss the moon and the current events surrounding it.

I know it's not about the moon but it's quite interesting.

DISCONNECTED TAIL: On Feb. 4th, a team of Italian astronomers witnessed "an intriguing phenomenon in Comet Lulin's tail." Team leader Ernesto Guido explains: "We photographed the comet using a remotely-controlled telescope in New Mexico, and our images clearly showed a disconnection event. While we were looking, part of the comet's plasma tail was torn away."

Guido and colleagues believe the event was caused by a magnetic disturbance in the solar wind hitting the comet. It's a plausible hypothesis. Magnetic mini-storms in comet tails have been observed before--most famously in 2007 when NASA's STEREO spacecraft watched a CME crash into Comet Encke. Encke lost its tail in dramatic fashion, much as Comet Lulin did yesterday.

Alex Collier lecture about the Moon and Mars

You need to be a member of The Moon Group to add comments!

My newest visual mediation. My attempt was to create a visual symphony of sound using color and shape. 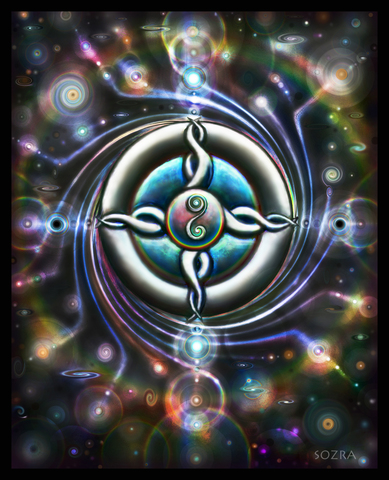 Comment by Rebecca Shannon Ling on December 4, 2008 at 3:30am
if there is a 'tail' or a streak, its most probably a meteor. but meteor or not, it must have been a really cool sight!

Comment by ..... (RaInBoW wArRiOr) ...... on December 3, 2008 at 3:20pm
kerrie, according to nostradamus, jan 20th 2000 should have been the day of the total red moon eclipse ... And the emerging sign of the aquarius ...that's all i know but a quick google search tells me that the earth's protective shield will start to dim from that day .. and that is the reason for many catastrophic events happening today ...

Comment by arash on December 3, 2008 at 3:10pm
amen kerrie.
i want to add my thoughts on doubt and ascension while we're on the topic (kinda):

the thing i keep coming back to when people (myself especially included) doubt my views are mainly these:
1) the physics is plain and simple. our universe is made of vibrations and fueled by love and fear. also, 2012 and ascension does not simply "fit" into this framework, rather, it fits AND it's completely integral. it's an all-or-nothing-kind-of-thing.
2) when ever i read blossom's channelings, the law of one series, or other prominent works, the being(s) only speak of love. they only ask us to believe in ourselves and trust our hearts. they are often mysterious, but so is a wise teacher. they have never asked for us to take to the streets, to get violent, etc...
they speak in beautiful philosophical prose of the nature of reality.
so take a leap of faith and see what happens, it'll only make us stronger.
and while we wait, we'll just keep spreading the love.
it's really win/win!
-arash.

Comment by Denis on December 3, 2008 at 1:44pm
A Blood Moon already passed, the moon appeared pure gold and orange many times before, this time...really shouldn't be much different...unless it's golden every single full moon from now on.