Was the fault Puerto Rico - Haiti for earthquake monitoring?

A real-time webcam filmed in Puerto Rico in the months and especially in the days before the earthquake in Haiti many unknown objects mainly along the coastline of Puerto Rico appear to monitor the area. Not only are "orbs" or spherical luminous objects seen, also called cigar shape will appear. Because of the different flight patterns can be established that this is not going to regular traffic. The video has to include how they fly around the island and suddenly change course abruptly.

These objects were the fault line, which this archipelago is carefully monitored in view of the upcoming earthquake which occurred on January 12 in Haiti? The Mayan elders and geophysicists also gave earlier to the islands on the fault line in the short term probably would be affected by these natural forces after years of building pressure.

The weekly updates of the Galactic Federation is frequently stated that the "cleansing" of the Earth may be associated with strong reactions, as we have seen, and they work hard to make the damage to a minimum. Given the images below, where some objects appear to fly around aimlessly, it seems that the field really was / is inspected.

Permalink Reply by Jose A. Vega on January 23, 2010 at 10:52pm
Now that you mention this I've lived in Puerto Rico for the past 5 years xxxxx. And I can honestly say that I have witness orbs of light traveling in formation with other orbs or by themselves trough out the region of Florida Puerto Rico where I currently live at ...... this region has a very low population of only 8,000 +/- Small town with alot of hills mountains valleys rivers etc....... I've seen this orbs for years but not as intense as I've seen them for the past 6-8 months too many of them traveling trough this region and at low altitudes as if monitoring the area etc ... Spherical orbs of light that are violet blue in color spectrum and also ones i've currently been witnessing at very low altitudes I would say 300 feet or less from the ground from where I was standing .... I was able to snap a picture of one of this orbs around 7:15pm Eastern Time USA with my I-Phone 3G...... Got lucky I mean its hard to snap a picture with any camara unless you have a tele photo lens of say 200mm or more ..... but since the orb was incredible bright so bright it looked like an explosion of light not sure if a message was being sent or it recognized that It was being watch observed etc ... I will include 3 pictures the first 2 pictures are some how dim as it started to glow and increase in intensity followed by a 3d picture as it was displaying all of its glowing pulsating might for me to witness .... 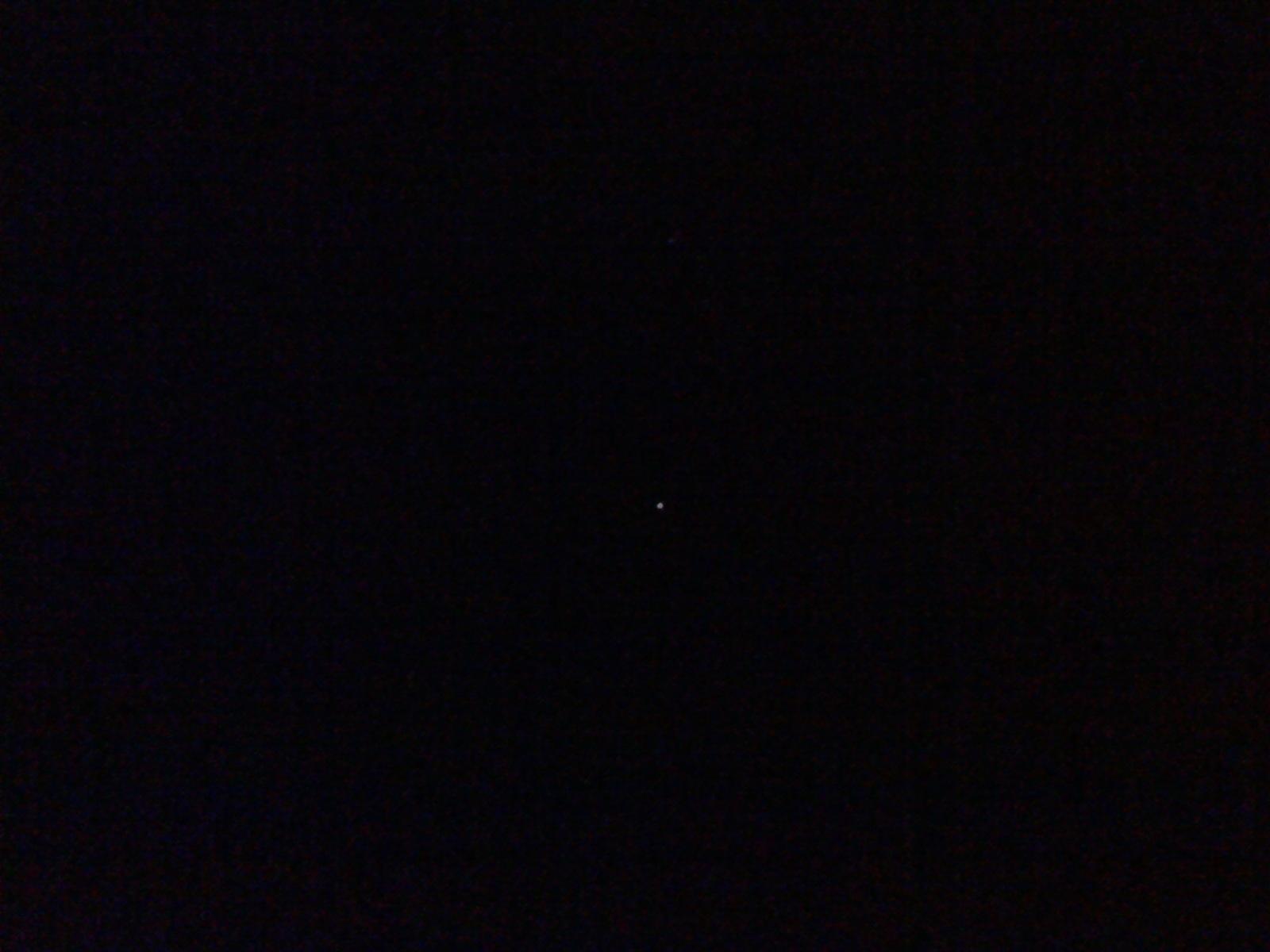 Permalink Reply by Jose A. Vega on January 23, 2010 at 10:55pm
This is the 3d picture I think the best as it shows how bright it was as it slowly traveled trough the mountains etc..
Attachments:

Permalink Reply by Trudy on January 24, 2010 at 4:16am
This is great José A. Vega nice pics. Yes believe me ... They knew that you were making shots ... and they were also aware of the real-time web-cam !
They know everything and within a foreseeable time, We will too *L*