Bill Ryan once met people that were abducted and have clear memories of it. They saw a UFO landing in a stadium somewhere during a concert or a match or something. They never knew when and where and for over 20 years they've watched closely at every stadium.

Now everything got a litle clearer for them, they suddenly remember specific dates and locations.

They Say that at the 21 or 22th of November this year, a UFO will descend in a stadium in Florida during a match or concert.

Bill Ryan and David Wilcock know from contacts they have that Obama will disclose having contact with 6 benevolent alien species on November 27, just 5 or 6 days after the supposed First Contact in Florida. TV-time has already been ordered and payed for.

Here is the video:
So in short and specific:

* 21 or 22 November 2009: Alien ship descends in sold out stadium somewhere in Florida

Permalink Reply by Aaron on October 22, 2009 at 1:14pm
Well my Mother does listen to me about it, but she is just a wonderful person and she will listen to anything i say. She has become a bit open as of lately on UFo's and 9/11 just Recently, but she don't take it very seriously as much as i do, because how important these subjects are.

It's like if we don't talk about this and get this information out there, people will be in total Shock when they do expeirence this in real time.

Now everyone loves to talk about Ghosts and the paranormal, which that is quite normal where i live, everything else is not Important to talk about.

Permalink Reply by Sara the Ultimate Crime Fighter on November 15, 2009 at 1:18pm
NEAR A LOT OF STADIUMS TOO.

NEAR A LOT OF STADIUMS TOO.

Permalink Reply by ian on November 15, 2009 at 2:34pm
Then its up to us to make the change. That would be enough proof to the rest of the world that we are all not crazy. It would be so much easier to get people to listen if something like this were to happen.

so let's say that happens, then what? do we get to share information and technology and finally stop these lame ass slave jobs?

Permalink Reply by Sara the Ultimate Crime Fighter on November 15, 2009 at 2:53pm
I will if I see anything. I have this film camera so I'll bring that since it isn't electronic.

NEAR A LOT OF STADIUMS TOO. 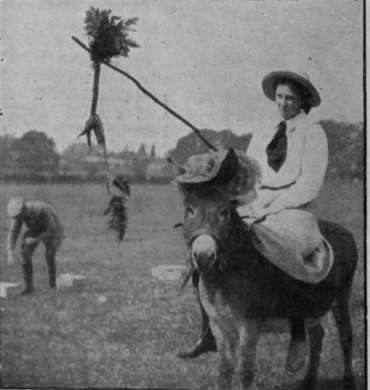 Permalink Reply by Trudy on November 16, 2009 at 5:28am
On October 29 this year I cycled at 3 o'clock in the afternoon on my way home when I saw a strange cloud moving fast. From that cloud came forth a form not just a round shape but more like a folded plane. I was stunned and had to quickly get off my bike because I wanted to continue watching and not riding against the cars. 10 seconds at most it was hanging in the air and then in a flash it was gone. I mentioned this on the Dutch UFO site where several people from my city, this phenomenon also observed. They are here, whether or not they show up in Florida, they are here ... :)))

Permalink Reply by JIM4HOPE on December 31, 2009 at 12:56am
will disclosure be part of 2009 we will know who took a gamble and thats ok to be wrong and I am not picking on David or Bill but if they dont buck up and say oops Irealy was hopen or thought it had a good chance then that aint good AT ALL FOR THE TRUTH LOL