THOTH ~ On the Eve of the Morrow 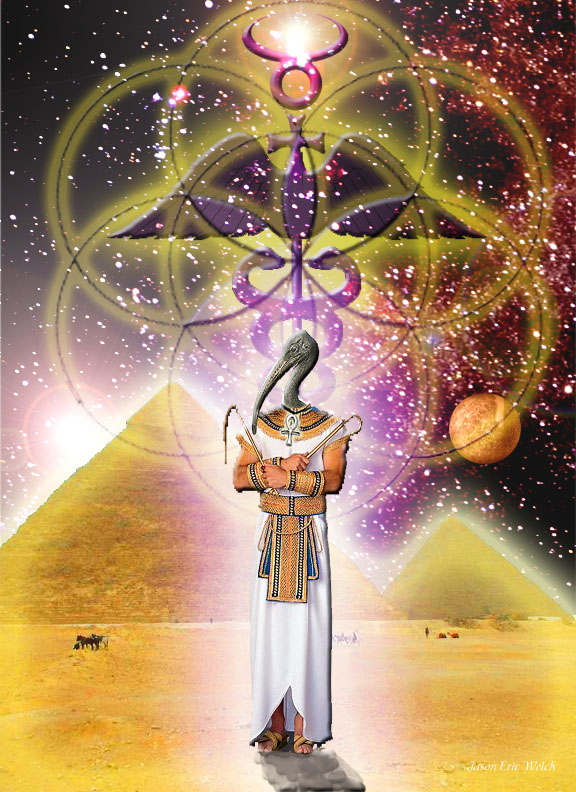 25th November 2011 :2:35pmMe - Its’ been a long time Thoth but I will try to see if the circuits are aligned and I am receiving.Thoth: Hello Leonette we are always aligned and more so now.“…On the Eve of the Morrow…”…you know I was communicating that phrase to you about two weeks ago…but you would not allow and I understand…The Eve of the Morrow and you want to know what that means….precisely what it says..very much like your Christmas Eve before your Christmas Day..Is it not a day of anticipation and wonder, your Christmas Eve as you perceive it?This is the same but more than you can ever imagine hence the absolute ‘shutdown’ by your sensory receptors because the magnitude of the event is so totally overwhelming that you are unable to measure the scope with your limited humanness…

The thought of ‘finally’ and the feeling of ‘ coming into awareness’...an awareness that you in your present state cannot imagine is so foreign to your concepts that your thought capacities ‘shut down’ upon the mere imagination of a single shred of such a concept. This is so because your physical apparatus is still not up to the task of that level of light and awareness even though your Soul is totally onboard with what is happening and what is due. Hence the reason the need to ‘press the pause button’ on your physical consciousness and recalibrate such in conditions conducive to such an upgrade.This will result in a total reconditioning of the physical body so that it can operate within the newly re-charged planetary energies without suffering deleterious effects from the heightened vibrations.You wonder why this has now become necessary…this change in plans…you may be aware that your major political powers are ‘squaring off’ now… and while Nuclear war’ has been ruled out by those with authority to oversee the development of the planetary species…there exists isolated pockets of nuclear technology that can be harnessed….there is a ‘clone’ army that is in place to be summoned by your world powers …and the clone technology has been perfected in a way that allows for replacements in a timely manner. What this means is that you are in the midst of a cyborg war utilizing cloning technology along with ‘meme activations’. This ‘meme-activated clone technology’ has been tested in recent times in the ‘theatres of war’ on your planet. This is NOT going to be allowed to continue.Activated ‘mechanisms’ without a heart and a soul will destroy the very fabric of life as is known in this part of your Universe. Such activated mechanisms are currently being used against the people of the earth and as the conditions become more dire or intense for those who are behind the manipulation of such technology, there is an expectation that ‘penultimate’ steps will be utilized to destroy everything. These ‘beings’ are not prepared to surrender and prefer to take everything and everyone down as they suffer their own demise.It was with these considerations that the decision was taken to evacuate all humans, including the inner earth folks to prevent any catastrophic situations relative to either the penultimate ‘trigger’ being pushed to unleash deadly forces and/or the cataclysmic scenarios that will occur with the overhaul of the Earth’s energies.There is not much of a timeline left for if you monitor closely what is happening in your world you will realize that there is a posturing that will ensure that Man is being carried to the brink which will lead to the eventual ‘stepping off from the cliff into the abyss of destruction’.We could have waited a bit with the financial crises that is unfolding, we could have waited a bit for some of the natural disasters that are unfolding, we could have even waited a bit for some of these wars currently being played out in the theatres of the absurd…just a bit of waiting was providing a bit of teaching to those who needed to understand the nature of what abounds..However with the unleashing of the cyborg armies, which became manifest in some of these war games that are being played, it became evident that the despair within the Dark was manifesting as an ‘unforgiving ruthlessness’. The nature of such ruthlessness will naturally force the emergence of the predatory gene within such malfeasance to assume the dominant role.When this occurs and when such ‘predatory malfeasance’ is faced with obliteration what generally happens is that an attempt is made to destroy everything.Hence the reason for this decision which has been fully endorsed by your Inner Earth brethren who clearly understand what is at stake.I have attempted to give a bit of an insight into some of what is happening and events that inform decisions that are made, which we would implore you to remember is always done for the ‘Highest good of All concerned”….Me - Thank You Thoth.Thoth- The pleasure has been mine..

This piece is under copyright protection of  http://www.abundanthope.net It may be placed anywhere on the web as long as it is not changed in any way and a link placed back to this site.  It is preferred you place the entire piece, and if not possible to do so, you must note that the rest of it can be found at the link.  Thankyou, Candace.

Hmmm...What more can I say?