The Stamp of Divine Authority- The Source! ...

The Stamp of Divine Authority- The Source! 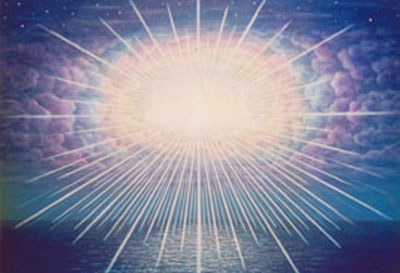 A gale passes through the ethers and in a blink life as you know it will change. It will be a kindness to allow the earth and mankind to sleep through the revolutionary event. This event is like none you have ever experienced before on a scale known to man. What is to eventualise is called ‘cosmic detinue’. Yes that is indeed the description. If you are unable to comprehend seek the meaning behind the words.


The earth as all planets, are creations of The Divine. The underlying elements of each planet are divinely constituted. The energetic composition of each is of a divine nature. The earth is not to be seen as merely a body of rocks, minerals and soil with an atmospherical covering. It also contains a spirit which finds its heritage in The Divine’s nature. The foundation of the earth is divine. All that is divine was and is meant to underpin the earth plane. She is a creature of ‘The Divine’ just as you are creatures of ‘The Divine’.


The earth has not forgotten or abdicated her divinity. She has been browbeaten by all that is not divine and left prostrate at the will of man. Her divinity eschewed by the custodians of her body has left her bereft and with marginal life. You cannot hear her wails or her cry for Divine assistance. For many of you, if not the majority have become buried by the foul soil of all that is poisonous to Divine order. Mankind is reaping what he has sown in the earth and for himself. Why is this? Divine authority has escaped his understanding. Man in mass cannot comprehend his relationship with The Divine. Each has his /her peculiar understanding of life and seldom is it tied in with The Divine life force that is espoused within them. Many are unable to recall their beginning and the nature of their evolution on the earth.


Man has chosen to create laws that are counter to the divine programme given to him and lives as he chooses without regard for his divine nature. The authority that man wields on the earth plane is purely physical ego related authority. This has manifested destructive elements which gloat against all that is of an outer dimensional authority, meaning the Divine Will. Creation flows from within yet your minds have been moulded for aeons to accept that your mortal presence is all that is. You have been seduced into believing that that which subsists around you bears reality and only the tangibles are real.


For the majority the inner sanctum is unknown and there is an abysmal lack of connection with the inner mind, being that higher understanding that can teach you who you are. You cannot trace your heritage from within or mark the point of the beginning of your existence; for should you do so, this would bring enlightenment in understanding that you may come to appreciate that each bears the stamp of Divine Authority within, through his/her creation. Knowledge of this carries a divine responsibility; such being as it is, one that you are not in readiness to embrace as your senses become lashed with the attractions of an outer nature that hounds you into slavish obeisance to that which is unreal and distinctly un-divine.


So to be sure that you receive in truth the message, I AM telling you that Divine Authority lies within you. It is your inheritance; and awareness of this will reunite you with your everlasting power. Yet my ones, you are not in droves ready to assume the heavy responsibility that this state requires of you; for you have become too busy and enamoured with the toys created for you by the wily ones of satanic influence. You prefer to bow to them and play in their tedious games than to rise to your true stature. Yet you continuously seek yourself.


The inner shift occurring in many at this juncture is no coincidence; for awakening always comes when great transformation is about to ensue. I will say though that there is still insufficient light as yet capable of making substantial inroads into the wealth of greed which populates the earth in darkened tones.


There is an absence of Divine Authority in the governance in your places on Earth Shan; for man has ignored the Laws of God given to create a balanced life for him. All planets within the universe are governed by these laws; but earth man has reneged on his divine responsibilities and chosen the path of imbalance. Mans’ life on earth has become one big puzzle as he is unable to set the pieces in the correct order to create a harmonious and balance existence. He vacillates in his choices and delivers an incendiary blow to his soul’s growth.


Those who have deliberately belittled Divine Authority have in effect committed cosmic treason and will now be called upon to answer for they have forfeited their right to have a say now in the earth’s evolution. She is going to ascend as I say. You of earth have sullied the very laws I gave unto you by besmirching its intent and converting them to suit your visceral needs. I say no more!


Your earth is bent and broken and is in disdain for what man has wreaked upon her. She has seized up and I say that no amount of prayers now will save her for you. She is to return to the light. It is too late to effect the nature of the changes required to place her in an ambient position for continued service in your dimension. I remind you all to revisit the prophesy of the Master, MY dearly beloved SON and know that you are now here.


You cannot fight that which is ordained. They who have perpetrated ill upon the planet and upon humanity are breathing their last breaths in human format before the divide falls. You ones know who you are. You continue to use scare tactics on my ones but you have already failed. I say surrender to the light for all that is dark upon the earth is to be removed post haste. The glow of immortal fortune is on the side of those who have chosen the light but for the obsequious there is no such promise.


MY divine promise to you is that the earth will be remoulded in light and this time the stamp, being MY Stamp of Divine Authority will be emblazoned on her and there will be no mistaking the nature of her and her predominant purpose. Man will again be given the laws of creation and he will once again be taught that Divine Authority rests within each and that each is responsible to create through that authority a civilisation that speaks the Divine nature of all so that Divine order prevails. This is the only way that the earth and mankind can continue its journey as it rises to meet the standard of Paradise.


I AM your Divine Source and Centre of all Divine activity. Be ready to receive MY Stamp of Divine Authority as I reach down to reclaim what is rightfully MY OWN.

This piece is under copyright protection of  http://www.abundanthope.net It may be placed anywhere on the web as long as it is not changed in any way and a link placed back to this site.  It is preferred you place the entire piece, and if not possible to do so, you must note that the rest of it can be found at the link.  Thankyou, Candace.