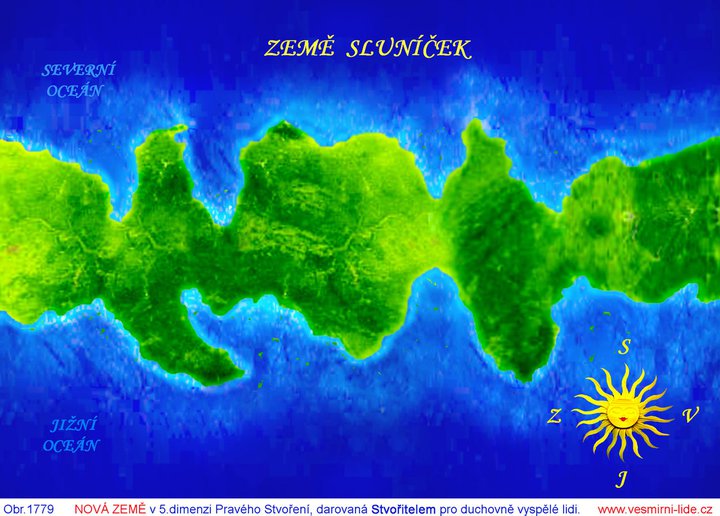 is designated as planet Zero,

because of its special position

which was established by pseudocreators.

This planet was not incorporated into the Right Creation,

neither into the zone of expulsion;

it was curiously positioned:

the end justifies the means.

to the Right Creation or zone of expulsion,

in order that fallen angels – pseudocreators –

could control the mankind and perform experiments on terrestrials.

from the rest of Creation,

and therefore terrestrials did not reveal fraud

as a tool against the scene

related to the primary Creator of everybody and everything,

and the Kingdom of Heaven, spirituality.

who do not know anything about their origin;

with their assistance the pseudocreators want to conquer

the Creator’s Love, Wisdom and Truth.

it pictures the truth and facts

HOW TO DISCLAIM PURE LOVE.

for many entities completing their mission,

as a spiritual battle field

penetrated by positive and negative energies.

The negative – from the Dark worlds

and the positive – from the Right worlds,

incompatible as far as their vibration is concerned,

The planet Earth comports with that:

of both kinds of energies,

apart from number of people.

Not only their behaviour,

but also the solid surface,

both pleasant and wild one.

One half of the surface resembles

natural conditions of the Right nature,

the other half resembles deserts, rocks

and countries devastated by frosty weather.

One half of the terrestrial time

at the other half takes turns

pitch darkness related to the zone of expulsion.

On every continent, in any nation, country

and then the others,

who have chosen dislike, lie and foolishness.

Both of these kinds energies,

as a stage full of answers:

here is the Creator’s genius disputed

within the reconstruction in the external, physical reality !

The whole Right Creation waits for

full elicitation of the scene: how the puppets,

remotely controlled through the medium of machine,

It is built on the base of that EXTERNAL;

they do not care about the inner reality:

after all, what they do not see, that allegedly does not exist –

this is regarded as the right program !

Their abilities are degraded

to five and less percent,

so as not to get a glimpse of the truth;

they prefer to serve as obedient puppets.

This was transmitted to all through the medium of Ashtar Sheran’s heart of hearts.“

Permalink Reply by Besimi on October 11, 2010 at 11:27pm
Awww ! Predrag :):):) Great post indeed,bro.
I really like an Earth ,like this . Land mostly Equatorial, (temp 73-80 F) degrees.
Going North and South , healthy and clean oceans,up to 35-40 latitudes,and further lay glaciers of ice all the ...way to poles.
Earth to be straighted and not tilt as it is now,so we woulden't have seasons anymore, ..but only permanent spring-summer like wheather,with just right temperatures. ect ect :):):).
...I also have heard ,there are no clouds in 5D either. ...so be it !!!.
Of course these conditions,would permit for a paradise on Earth.

Permalink Reply by Vaddix on October 12, 2010 at 2:54pm
I would really miss the cold weather. I would miss the beauty of the snow capped mountains, and the bareness of the grand canyon. Even the things created out of negativity have so much beauty. I would miss spring the most.

I would really miss the cold weather. I would miss the beauty of the snow capped mountains, and the bareness of the grand canyon. Even the things created out of negativity have so much beauty. I would miss spring the most.