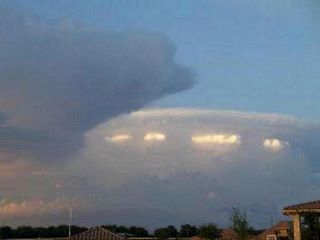 The Galactic Federation through Wanderer of the Skies
14:03:2012

Greetings from the Federation:


What more can be said about all that is transpiring on your planet today. We have told you about these coming events and how they will come rapidly and in succession. You are only now beginning to see the domino effect of all that will happen.

Shortly, leaders of many nations will meet secretly to discuss again the topic of disclosure which has been shelved in the recent past to attend to other issues and events considered more pressing by these individuals and their national interests. Now, however, disclosure again is on the “front burner” and will be discussed more aggressively among these participants. We, however, do not consider that their actions will amount to any change, as we have seen them “drag their feet” in the past. Several matters of concern have brought them to the table once again.

One of these matters is the discovery of anomalies in and around the sun which cannot be explained by your scientists. It is believed in the halls of power that this is a direct sign of the intervention of the Federation in earthly affairs on a more direct basis so the topic has come again to the forefront.

Another issue that has arisen is the direct contact made by the Federation with third world countries which has caused great concern with the Illuminati. They see this as a major shift in the power balance, and combined with their loss of position and strength in the financial markets, and the gathering storm of a highly organized and powerful opposition to them from across the globe, they are panicking in their otherwise methodical approach to set into play their “end game” to create their world government.

You have much to look forward to in these coming days as more and more dominoes fall at a much greater and accelerating pace. Already, you are beginning to see the turn of fortune occurring on the financial front. This will be followed quickly by the media, where many will begin to pay from their crimes and many more will turn towards open, honest, and investigative reporting. This, in turn, will be followed by a move to “clean house” with your political leaders and the stepping forward of those who consciously have begun to awaken within the halls of power in your many governments to set straight their role as stewards of society.

This is a time where justice will be heard and hopelessness cast aside. You are becoming, and it is a sight to behold. We watch in utter amazement at this process, and cannot contain our own excitement of what is coming to all and for the benefit of the entire universe.

A more definitive proof of our existence to you is in the works and more on this will be revealed in the coming weeks. You can, of course, expect ever increasing sightings from around the globe. We have, of late, concentrated on specific third world countries as part of the plan we have of direct communication with those regions. Now, however, we bring our focus back to those countries that can make a difference in the disclosure process. Expect that tremendous and awe inspiring displays will now occur with ever increasing frequency.

We are with you more than ever in these most exciting of times. This is what you have lived lifetimes for, what you have planned for down to the minutest detail, and what you are now experiencing. It is your right and deservedly so. We are with you in love, in respect, and in awe of your incredible abilities.

Channeler: Wanderer of the Sky

Wanderer of the Skies Languages