The Expansion and the Oneness of One's Consciousness. The Expansion and the Oneness of One's Consciousness.
5 April 2011
Channeler: Communiqués From the Ships of Song
Humanity, often times to learn, to create or change, chooses a painful and arduous path to awaken to a new awareness of their reality. The subtleties of the higher levels of human consciousness are faintly detected or, perhaps, not heard above the din of everyday life. Humanity feels trapped in its reality, even worse in its perception. For reality is the result of one's perception. There are many stories about individuals that so easily could be saved if they just but reached their hand out for assistance. Salvation slips away with the belief that what is being offered is more dangerous, or salvation fails to match a preconceived idea.

The imagery we will use is the insect banging its head against the interior windshield of an automobile while the two side windows are open, and the creature remains there scrambling to and fro until exhaustion and ultimately death. Humanity bangs its head against the windshield of reality and seems unwilling, not unable, to look for the open windows of freedom. This plane of existence has become more difficult as the light of a new dawn peers above the eastern horizon. When all that you know is darkness, darkness is light. But on the subconscious level as well as the conscious level, your mind and your soul are aware that what you thought was light was not light at all. Yet, like the insect you still day by day and month by month and year after year, bang your head against the invisible barrier that restrains you from emerging into a new world that you can perceive, yet seemingly cannot attain.

If you were placed in a darkened room, no windows or light of any kind, you would use other senses to determine what that room was like. Your imagination would conjure a perception of that room. Compensating for lack of sight, your mind would fill in the blanks. Let's imagine you lived there for some time, fed and clothed, all your needs met, but there was no light. Eventually, it would become routine, ordinary, you would believe this is what the room, your reality, the world was like. You felt safe and secure in your perception. What would occur if very, very slowly some outside force began slowly, almost imperceptibly, turn a light up in the room? You would think one would welcome it, adding to their perception, the knowledge of their world. At first it would be a curiosity, perhaps a thought of "how magical." But as the light increased and the visual images of the room appeared, one would note the truth of your reality was in conflict with what you believed. And it's safer to close your eyes. In addition, you have become used to, comfortable with not using the sense of sight. So now, not only do you have the sight available but you do not like what you see, it is safer to close your eyes and go about your world as if the light had never dawned. Yet, deep in the inner recesses of your soul and your psyche you are aware that there is light beyond the closed lids of your eyes.

This is the struggle, the dichotomy that humanity faces at this time. As a result, havoc is experienced on all levels of one's life. Relationship, financial, health. The darkness becomes more intolerable in direct proportion to the light that is shining in the inner consciousness of humanity. One would think humanity would rejoice. The individual would run towards the light. But that is not always so. Not because of unwillingness, because of the fear created by the fear of the unknown reality. Just like the insect, you existed outside your now seeming imprisonment. So the light is truly familiar yet so long, so many millennia, so many eons of time have confused the consciousness into the belief that it is not safe.

If the insect would stop long enough banging its head against the windshield, its inner senses would guide it to other pathways of freedom. We are not being critical, but offering you an observation, and with any observation, an offered a solution or suggestion is a necessary component.
Stop. Take a deep breath. Turn around in your reality and look the other way. Why forge a new path when you can travel the same path back? Did not the insect fly in the open window? So why not fly out the same? Be open to unusual, unexpected, and curious, new ideas and adventures for within those lie the answer to your prayers. Be unrestricted in your thought, release the perception of limitation. And thirdly, be still, to feel the cooling breeze of spirit blowing in through the open window of your soul and allow yourself to be lifted up and expanded. Therein lies the secret. The old paradigms break away. That which was will soon be no more, and that which is to be which is eternal is shining forth in the light of your reality.

The leap taken from the depths of the darkness of the soul, the weakened feeble hand lifting up to touch the hand of God, we have opened the windows, are raising the light for you to step out and become--no longer to live within the prison of your own human consciousness. We honor you, we respect you, and we acknowledge your sacrifice to experience this plane of existence. You carry deep within the womb of your soul the physical expression of the consciousness of God--for you lift up this plane. You are the very earth, and All That Is walks amongst its creation: for there is no greater pinnacle of consciousness than when the creator and the creation are one and no greater self fulfillment when the creation realizes it is the creator. To use a popular term, it is time to think outside the box. Herein lies infinity and eternity, consciousness and beingness--and all is well in your world. Share Twitter Facebook
Tags: Ships, Song, The, of

Quote: And thirdly, be still, to feel the cooling breeze of spirit blowing in through the open window of your soul and allow yourself to be lifted up and expanded. Therein lies the secret. The old paradigms break away. That which was will soon be no more, and that which is to be which is eternal is shining forth in the light of your reality.

The best saved until last, priceless. Thank you Besimi.

As is mentioned in the last paragraph:

The window is indeed wide open, the light is pouring in, time to step out and become, no longer living within the prison of our own human consciousness. Time to unleash the physical expression of the consciousness of God, to lift up this this plane. When the creator and the creation are one and no greater self fulfillment when the creation realizes it is the creator. Therein lies indeed infinity and eternity, consciousness and beingness.

p.s. Love the photograph, it reminded me of this Video;

Go to see around BEloved Tony

I've been experiencing some internet issues lately (due to my PC)

Love & Gratitude Here & Now to the both of you Besimi & Tony 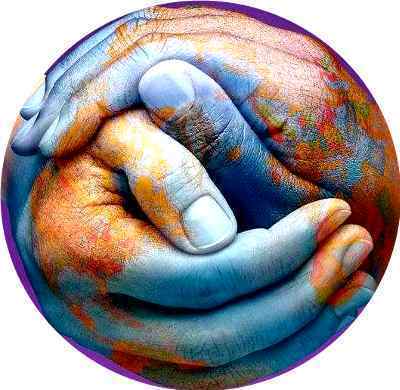